A Coat of Varnish, Part VII
by Greg Curtis 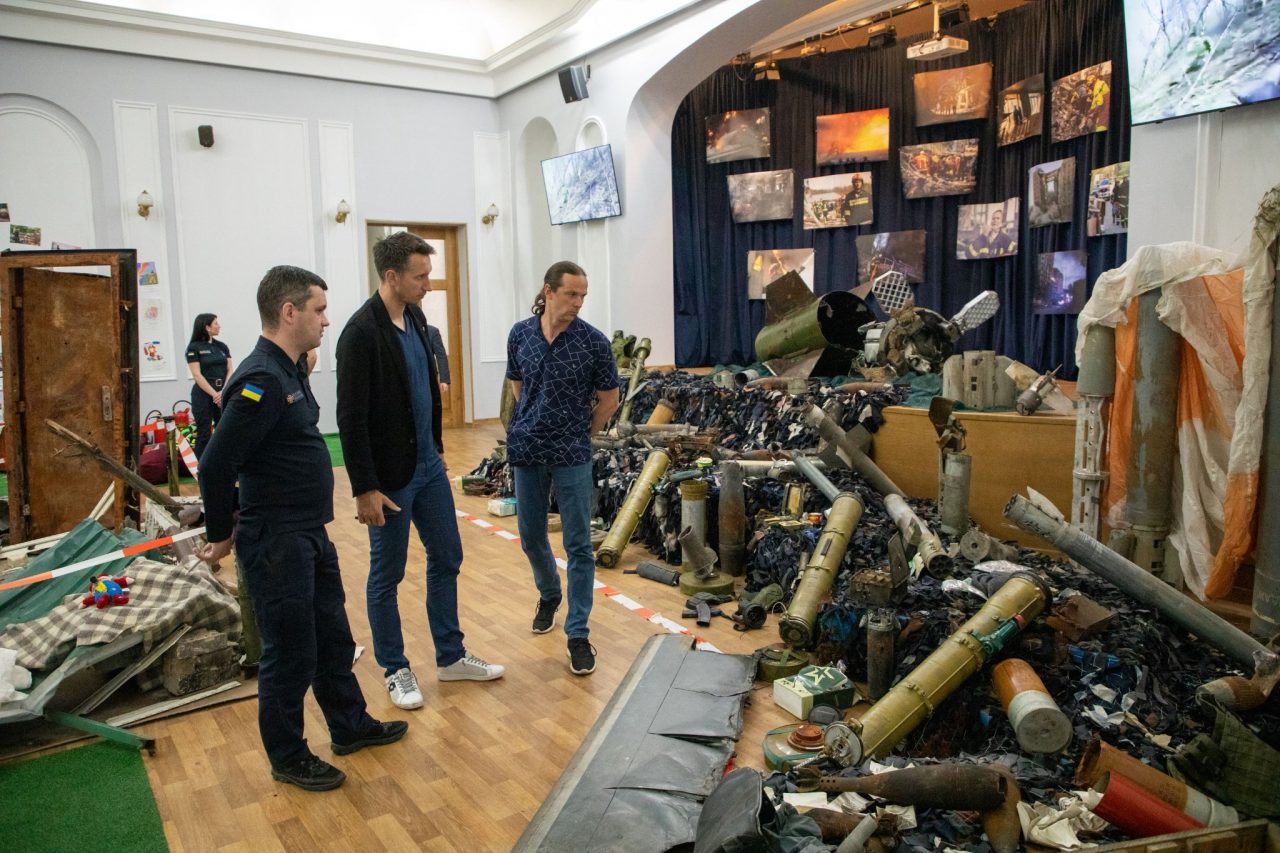 Tennis player Sergiy Stakhovsky on the exhibition devoted to the 2022 Russian invasion of Ukraine in the office of State Emergency Service of Ukraine. Credit: WikiCommons

Whose Fault is the Ukraine War?

“[Post-Cold War], many American elites embraced a vision of a U.S.-led ‘liberal international order’ which could theoretically integrate the entire world… into a single, globalized whole.” –  Stephen Kotkin, Princeton University

Previously in this series: A Coat of Varnish Part V, ESG Investors Need to Wake Up to Reality

In one sense this question can be answered in two words: Vladimir Putin.

Putin was horrified by the collapse of the USSR and the consequent weakness of Russia. He hates and, more important, despises the West in general and the U.S. in particular. He views the West as corrupt, effete, as living in a state of precipitous decline, leaving a state of chaos in its wake. Russia can only inoculate itself against the Western disease, according to Putin, by regaining its rightful, dominant place in the world, by creating a new world order with itself at the center.

We could simply stop the blame-game there, but if we do we will quickly find ourselves with other “Ukraines” we will have to cope with in the future. In other words, if we avoid the blame-game and try instead to understand the Russian state of mind, we will be in a far better position to succeed in Eastern Europe without thousands of people dying in wars.

Second, Putin has made no secret of how he views this Russian history. Way back in 2005 he said, “First and foremost it is worth acknowledging that the demise of the Soviet Union was the greatest geopolitical catastrophe of the century. As for the Russian people, it became a genuine tragedy.”

In other words, Russia’s fall from its position as the second most powerful country in the world (under the Soviet Union) to virtual Third World status was an unacceptable humiliation and one that needed to be remedied – specifically, by rebuilding the Russian empire.

When dealing with a large, powerful nation, the best advice is to proceed with great care. Powerful countries don’t like it when what they view as their geographic sphere of interest is threatened by outsiders – and, being powerful, they are in a position to do something about it.

Yet the West blithely added nation after nation to NATO – Russia’s sworn enemy – until former Soviet satellite states like Bulgaria, Croatia, the Czech Republic, Estonia, Hungary, Latvia, Lithuania, Poland, Romania, Slovakia, and Slovenia were all part of the West’s military coalition. Some of these countries – Estonia, Latvia, and Lithuania – literally bordered Russia itself. And on top of that, other bordering states like Ukraine and Georgia were flirting with joining NATO.

We might recall that when the Soviet Union stationed troops and nukes in Cuba, America was so outraged that we brought the world to the brink of nuclear Armageddon.

Or consider China which, in blatant violation of international law, has claimed most of the South China Sea as being within its sphere of influence. To say nothing of China’s outrage over Taiwan.

Did we really imagine that Russia – forget Putin, that Russia – would sit still for this? It didn’t, of course, beginning to reclaim its “empire” by invading Chechnya, then Georgia, then Crimea, then Ukraine. Yes, Putin is behaving like a sociopath, but any modern Russian leader, harkening back to its Century of Catastrophe, would find it hard to remain in power if he or she didn’t attempt to restore Russia’s “rightful place” among great nations.

The West underestimated how outraged Russia would be by its expansion of NATO – and, for that matter, membership in the EU – in part because we were so focused on the End of History, on the historic victory of liberal democracy, that we didn’t notice what was happening.

And what was happening that led to the enlargement of NATO and the EU was a powerful “push-pull” effect. On the push side was the former Soviet states’ fear of Russia. They believed that they were, individually and collectively, no match for the powerful Russian military. (That military’s performance in Ukraine might have put paid to this idea, of course.) These nations were naturally desperate to have NATO protecting their backs, but that didn’t mean NATO had to accept them, especially not so quickly.

And there was also a “pull” factor. The people of the former USSR could look to their east and see a corrupt, impoverished dictatorship. They could look to their west and see vastly wealthy liberal democracies. Except in Belarus, which remains stubbornly in the Russian orbit, the choice was easy. But, again, the West didn’t have to alarm Russia by admitting all these states to NATO and most of them to the EU.

As Robert Kagan, whose analysis of the push-pull issue is excellent, put it, “If there is any blame to be cast on the United States for what is happening in Ukraine, it is not that Washington deliberately extended its influence in eastern Europe. It is that Washington failed to see that its influence had already increased and to anticipate that actors dissatisfied with the liberal order would look to overturn it.”

It was as though the West was asleep at the switch, dreaming its dream of the End of History and basking at its own wonderfulness. We didn’t wake up until Russian troops were in Ukraine and bombs were falling on Kyiv.

Nothing justifies what is happening in Ukraine, but like a failing marriage, geopolitical events are rarely entirely the fault of one side.

Next up: A Coat of Varnish, Part 8