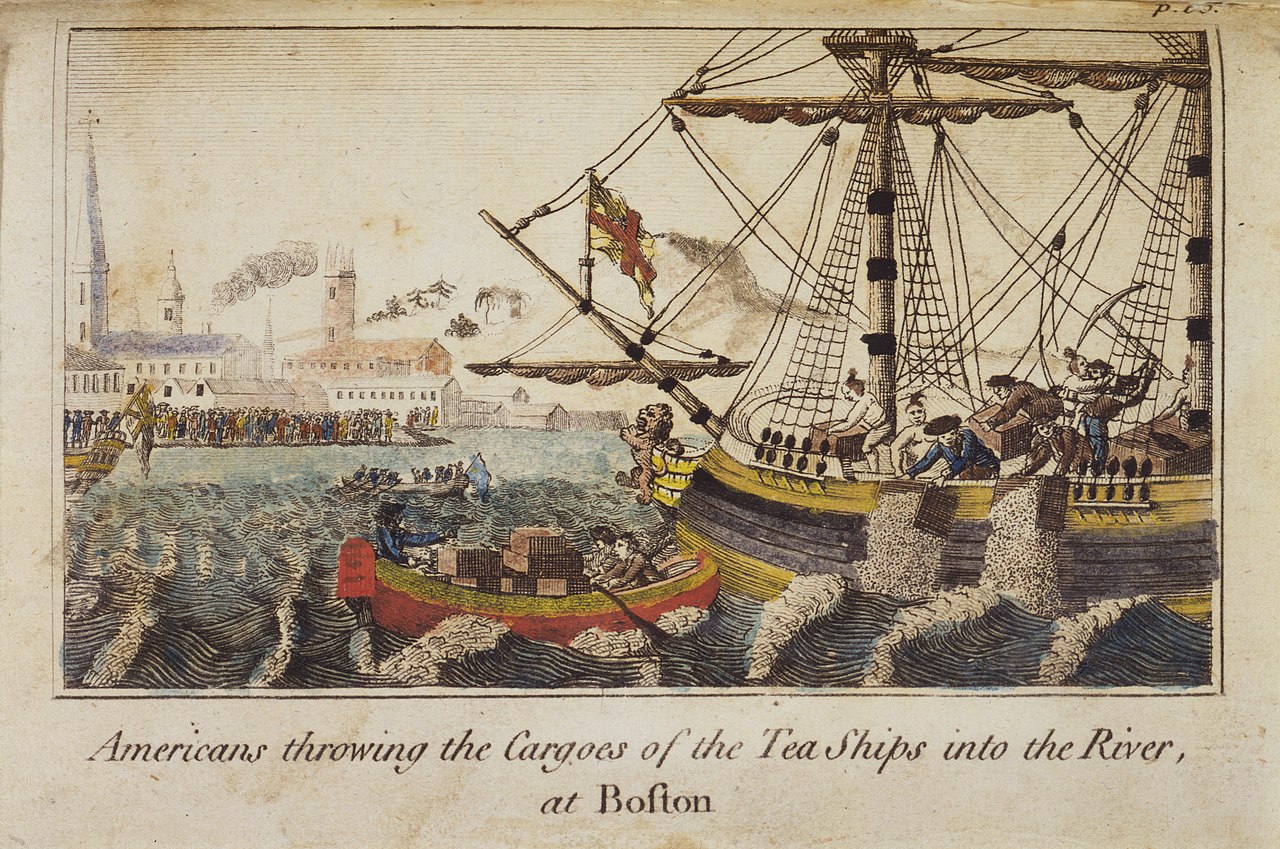 Americans throwing Cargoes of the Tea Ships into the River, at Boston. From the book: The History of North America. London: E. Newberry, 1789. Source: Wikicommons

“Going to America!” Arkady Svidrigailov’s dying words as he commits suicide in Dostoevsky’s Crime and Punishment

Previously in this series: On Agency, Part IX, It Turns Out, the U.S. Really is Exceptional

Criticism of the extremely high human agency in America has been constant, starting even before the USA was officially born.

For example, if you read the British Parliamentary debates about the American colonies in the late eighteenth century, you don’t get the impression the MPs thought they were dealing with a serious group of people representing by far the most important British colony. Instead, you get the impression that the colonists were unruly children who simply needed to be brought to heel.

There was almost no attempt by Parliament to meet the colonists halfway. From the hated Stamp Act to the Coercive Acts to the New England Restraining Act to the Townsend duties to the Quebec Act, every complaint from the colonists was met with ever-more-punitive legislation.

The problem was that America represented a new and theretofore unknown level of individual human agency that Parliament had never encountered and had no idea how to deal with. None of the other British colonies was remotely restive, but the Americans were a constant nuisance.

Britain had been the highest-agency society in the world up to that point, but, as noted earlier, agency in Britain was constrained by kings, class distinctions, and official religion. In America, agency was unbound.

There were a few MPs, known as the “Americanists,” who counseled patience and compromise. Edmund Burke, for example, saw Americans not as noxious adolescents but as the future – America was what Britain should aspire to be. Here are a couple of excerpts from Burke’s speeches in Parliament about the American colonists:

“Leave the Americans as they anciently stood, do not burden them with taxes, you will teach them by these means to call [your] sovereignty itself in question. They will cast your sovereignty in your face. No body of men will be argued into slavery.”

“I do not know how to wish success to those whose victory is to separate from us a large and noble part of our Empire. Still less do I wish success to injustice, oppression and absurdity.”

“In this character of Americans, a love of freedom is the predominating feature which marks and distinguishes the whole. This fierce spirit of liberty is stronger in the English colonies … than in any other people of the earth.”

Another Americanist, Colonel Isaak Barre, coined the phrase “Sons of Liberty.” Barre, Vermont and Barre, Massachusetts are named for him.

But Parliament paid no attention. No one believed the Americans would actually revolt, much less that any revolt would be successful. Britain, after all, was the most powerful country in the world. But the colonists did revolt, declaring their independence from Britain in 1776, and they then fought a successful war, forcing Britain to grant full independence in 1783 – bringing down Lord North’s government along the way.

It was the first successful revolt by a colony against its mother country in the history of civilization – how’s that for a triumph of human agency? – but it would hardly be the last. America’s success inspired many other wars of independence, first elsewhere in the New World (Argentina, Chile, Mexico, and so on) and later all over the world. As Burke warned, Britain’s failure to deal successfully with the Americans would eventually cost it its empire.

As the decades went by, criticism of America’s high agency was a constant background noise. The Americans, it was said, had a “Wild West” mentality, they were obsessed with guns, obsessed with inventing products and companies regardless of the impact of those innovations on existing jobs. Crime in America was way too high, the murder rate astronomical. Its extremes of wealth and poverty were repugnant.

Much of this, of course, was sour grapes, the sniping of people whose societies had lost out to the Americans. The major European countries had dominated the world for centuries and had now they been left in the dust by this annoying upstart. It was made worse – a no good deed goes unpunished – by America’s role in saving Europe’s bacon in two world wars.

These critiques have grown stronger as the world has begun to struggle with large issues that seem to require a collective approach – climate change, for example.

But the trouble with those critiques has been the absence of successful models of societies that “appropriately” balance individual and collective good. As we saw in China, collective agency typically resulted in short-term gain and long-term calamity. Hardly a useful model.

Western Europe has consistently offered itself as an alternative – a kinder, gentler version of the American democracy. But Henry Adams, in his nine-volume history of the Jefferson and Madison Administrations, emphasized the inadequacy of Europe as a model. He offered this simile: Europe was the British Life Guardsman, complete with boots and rigid breastplate, while America was a prizefighter, stripped for the ring.

In any event, Europe’s kinder, gentler society, charming though it may be, only exists because America’s military might defeated its enemies and continues to hold them at bay. Say what you will about the new, improved, post-Ukraine NATO, but if the US weren’t part of it, Putin wouldn’t be stopping in Kyiv, he would be in Berlin, Paris, and London before you could say “Wild West.”

And yet, and yet. Merely because we can’t point to a successful society that balances individual and collective agency, that doesn’t mean there is no such thing. Certainly America’s high-agency society suffers from many ills, including (in addition to those listed above) loneliness, divorce, success-worship, extreme partisanship, and so on.

What if there are in fact challenges that can only be overcome through collective agency? Is America doomed?

Next week I will argue that the reign of extraordinarily high individual human agency in America did finally encounter an obstacle it couldn’t defeat: itself.

Next up: On Agency, Part XI