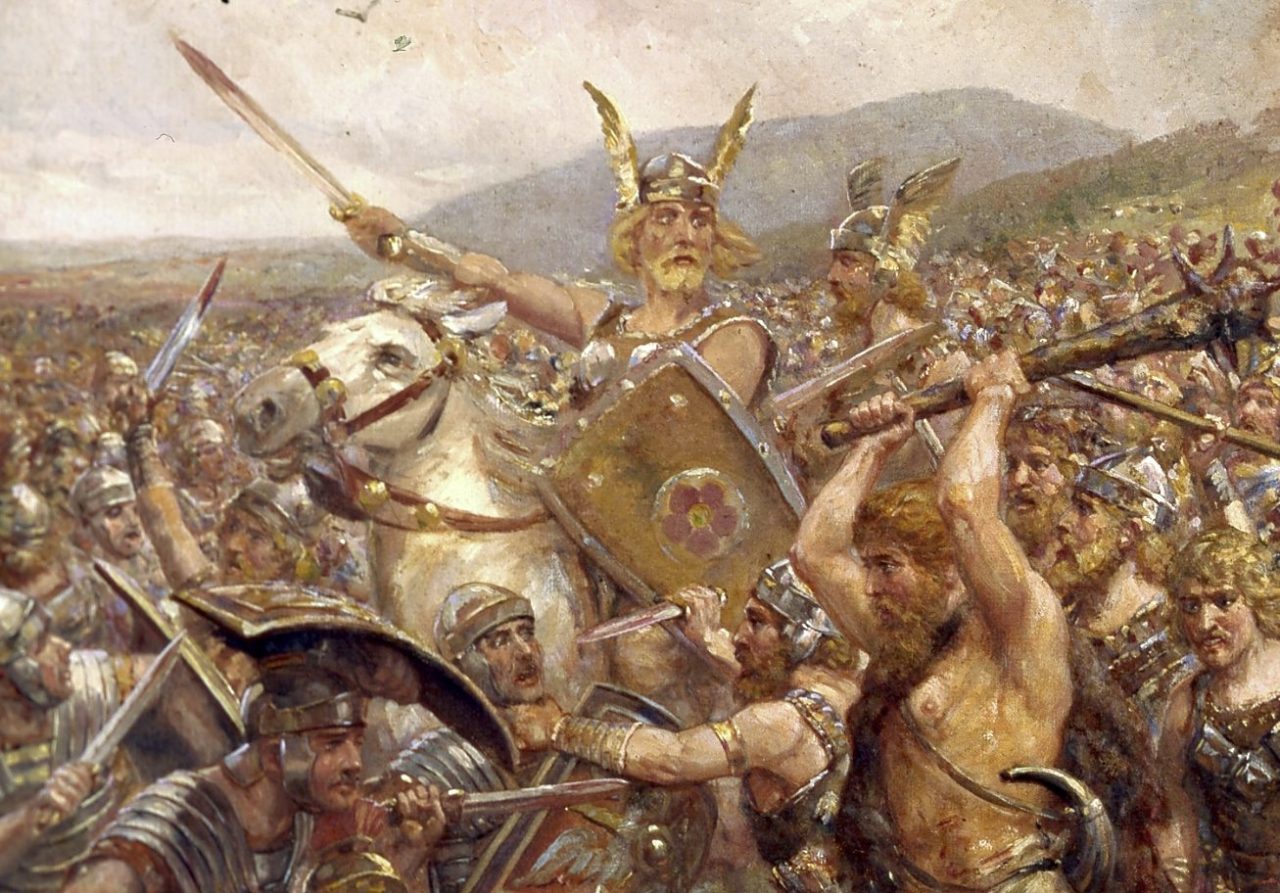 Previously in this series: On Agency Part VI, The Strategy of Xi’s China

Earlier in this series of essays I noted that, broadly speaking, the history of Western Civilization has mainly been one of ever-increasing human agency. In the West, human agency has meant individual agency, unlike in China where individual and collective agency have contended with each other over the course of 3,000 years – right up to and including the current Chinese emperor, Xi Jinping.

But now I want to switch from the second largest economy in the world to the largest, and to trace the course of human agency in America. To do that, however, it will be necessary to look way back at the collapse of the Roman Republic in the first century BC. (I.e., not the Roman Empire, which stumbled on for another 500 years.)

The Republic was, in effect, undone by its own successes. Conquering virtually the entire Mediterranean world made Rome rich, and the almost endless supply of foreign slaves ennervated the Roman middle class and devastated its agricultural workers and urban working class.

Moreover, men who couldn’t be bothered to farm their own properties could hardly be expected to endure the hardships of battle. This necessitated hiring large professional standing armies, which became powerful politically – especially the Praetorian Guard.

Civil wars, slave uprisings (remember Spartacus?), a broad breakdown of law and order, the decline of public morality, and culture clashes that exploded into widespread violence eventually undermined the case for democracy.

The great chroniclers of the rise of Rome – Polybius, Livy, Plutarch, Dio – had warned that each type of government tended to devolve into characteristic oppressions: royal houses into tyranny, aristocracy into oligarchy, and democracy into mob rule. They meticulously detailed the decline of Roman society into gangsterism and chaos and the extinction of traditional Roman political and cultural moderation. In Dio’s words, it had become “impossible for the people to have lived safely under a republic.”

In the end, the Roman Senate wanted a strong leader who could restore order and they found that leader in Octavian, who had recently defeated Marc Antony and Cleopatra. Octavian, rechristened Augustus, became the first Roman Emperor and the Republic came to an unseemly but lamentable end.

Ironically, while wealth and luxury was undermining Rome – the trend continued on steroids under the Empire – the ultimate nail in the Roman coffin was slammed home by the despised “barbarians.” By “barbarians,” Rome meant the roughly 50 German tribes living north of the Danube in what is now central Europe and Scandinavia.

Although the tribes were certainly illiterate, they had, in other ways, much in common with the tough, disciplined Romans who had originally formed the Roman Republic, defended it stoutly, and thereafter conquered much of the known world.

In 9 AD, three Roman legions under the command of Rome’s best general, Varus, came under attack in the Teutoburg Forest (situated in today’s northern Germany, southwest of Hanover) by an alliance of tribes led by Arminius, a prince of the Cherusci tribe. The result was the complete destruction of the Roman army – and the death of Varus – an event that deeply shocked Rome and that marked the beginning of the end of the Empire.

But the German tribes were hardy not just physically, but also (more to our point) politically. While the Romans had gradually declined into servile subjects of increasingly tyrannical and incompetent emperors, members of the German tribes stoutly defended their rights against their own tribal chiefs.

According to Tacitus, even regarding ordinary everyday matters, the chiefs had to consult the people before acting. This typically meant consulting with tribal leaders selected on the basis of demonstrated military valor or, sometimes, demonstrated wisdom.

But on matters of more consequence the entire community was consulted and heard. “If a proposal displease,” Tacitus wrote, “the assembly reject it by an inarticulate murmur; if it prove agreeable, they clash their javelins. … Here we see the affairs of the tribe conducted by the assembly of the people.” The community also elected the chief.

These community assemblies, believe it or not, were called “Things.” They served legislative, judicial, and social functions, and they preserved the individual agency of the tribal members against the natural inclination of the chiefs to expand their power and authority. (It was only much later – about 1,000 years later – that the word “things” was expanded to mean things other than Things.)

Things continue to exist and to legislate today: the Icelandic “Althing” is the oldest surviving parliament in the world, although the Norwegian “Gulathing” is nearly as ancient.

While the Things were not yet true democracies, they were direct predecessors of today’s elected legislatures. But true democracies or not, the defense of the rights of the people against leaders was crucial to the preservation of human agency. That defense had passed from Rome, where it was in precipitous decline, to Germany, and thence, via the several Anglo-Saxon invasions of Britain, to England.

Along the way the roles of chief and tribal leaders became hereditary, reducing agency, since now not just anyone could become chief or leader – you had to be to-the-manner-born. This development was what we now think of as “feudalism.” The “feud” referred to the reciprocal rights and obligations running from and to superiors and their inferiors.

The strength of the barons (as they were now called) against the king (as he was now called) remained strong in England until 1066, when the powerful centralizing tendencies of the French were grafted onto English society following William’s victory over Harold.

But unlike France, where the royal houses had gradually weakened the power of the barons and the towns, England was used to much greater freedom. Matters came to a head in 1215 when, at Runnymede, angry barons forced King John to sign the Magna Carta, restoring, at least in part, the more limited power of the king.

We’re still not yet at America, but maybe we’ll get there next week.