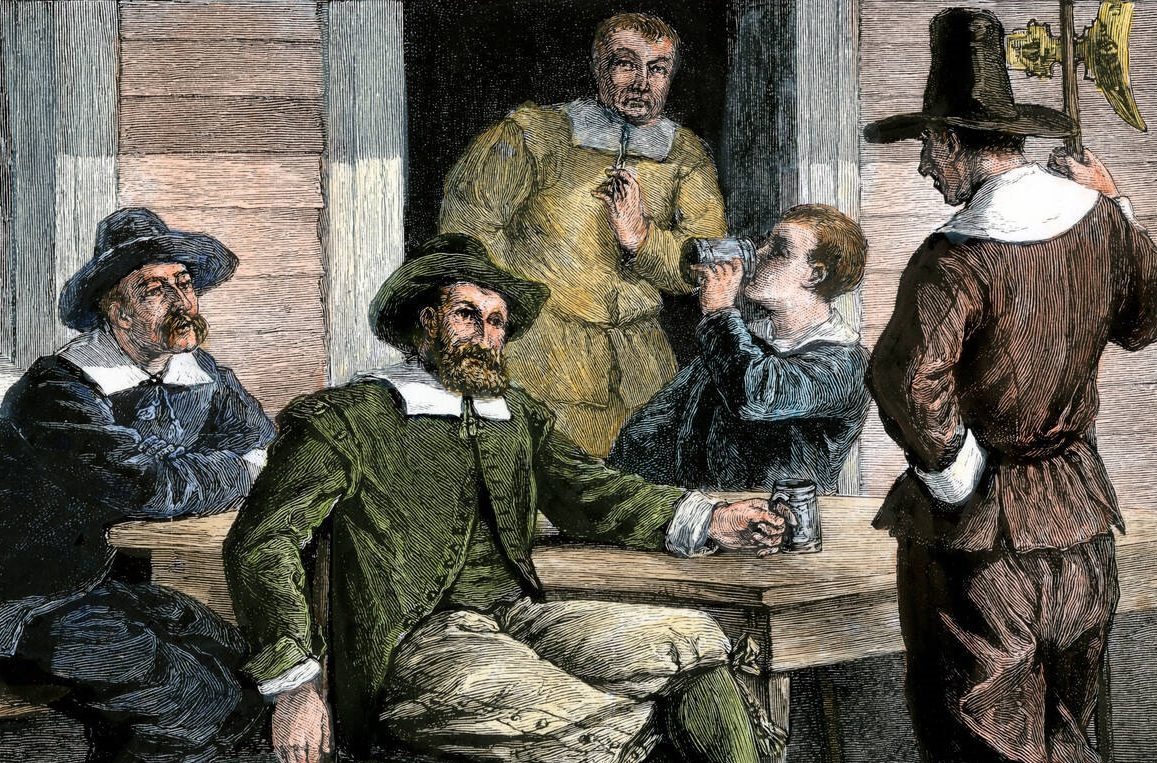 “In the beginning all the world was America.” — John Locke

Previously in this series: On Agency Part VII Turning from China to the West

Last week we observed human agency as it collapsed in Rome but was championed by the Germanic tribes that would eventually defeat the Roman Empire.

The “freedom of the German forest” passed to England via the Anglo-Saxon invasions but was interrupted in 1066 with William the Conqueror’s victory over the Anglo-Saxon king, Harold Godwinson.

To some extent, by the way, Harold got what he deserved. As recorded in the Bayeux Tapestry, in 1064 Harold was rescued from captivity by William and thereupon swore an oath on sacred relics to support William’s claim to the crown of England. Harold broke his word two years later, taking the throne for himself. Though not for long – Harold’s reign lasted only nine months.

Human agency was (somewhat) restored in 1215 when King John signed the Magna Carta. (Technically, the Magna Carta Libertatum, or Great Charter of Freedoms.)

I say “somewhat” because King John paid little attention to the Magna Carta and Pope Innocent III annulled it the same year it was signed. Still, the spirit of what happened in that damp meadow at Runnymede has had enormous influence both in England and America.

Despite the historical fact that the Charter focused on the rights of the barons versus the king, barely mentioning the common people, the Magna Carta has powerfully influenced the development of fundamental rights for everyone, such as trial by jury, due process of law (a phrase taken directly from the Charter), habeas corpus, and so on. These are the kinds of legal rights that enhance human agency, especially against interference by the state.

For example, when the American colonists broke from England they believed they were fighting mainly to preserve the liberties enshrined in the Magna Carta, liberties England had refused to extend to them. As historian W. L. Warren observed dryly in 1990, the Charter has always “meant more than it said.”

In Europe, human agency reached its highest flowering in England. But agency there was always held in check by historical forces, especially the royal family, the English class system (a relic of feudalism), and the established church (the Church of England).

But even before America became a separate country it was a land unencumbered by kings, hard class distinctions, or established religion. I’ve argued throughout this series of essays that societies that emphasize individual human agency outperform those that don’t. I will now also argue that it was in America that agency received its highest flowering, a process that started with, of all things, the Pilgrims.

What we think of as the “Pilgrims” – obviously, any person traveling for religious reasons is a pilgrim – were actually members of a radical Puritan sect known as the English Separatist Church. This group of Puritans broke away from the Church of England in 1607. Under English law, that was an illegal act and the Puritans seriously needed to decamp and find a place where they could worship in peace.

The major body of Puritans, by the way, remained inside the Church of England in an effort to “purify” it of objectionable practices and beliefs – hence the name “Puritans.” But the group that became the American Pilgrims was too radical for that.

In any event, when the Puritans were seeking religious freedom the first place that came to mind wasn’t America, it was Holland. The Dutch were known for their religious tolerance, at least if you were Protestant, and so the Puritans moved to Leiden.

There, they could practice their religion without interference. But another problem arose – Leiden was only an hour away from Amsterdam. Young Puritans who tasted of the big city’s delights tended not to want to return to the strict confines of Puritanism, and it became clear that unless something was done the English Separatist Church was doomed.

But the main point as far as this essay is concerned is this: the arrival and survival of an extreme religious sect in America gave those shores the reputation as a place of radical freedom, freedom unlike anything ever seen before. In other words, human agency had finally reached its natural home, flourishing in the fertile and virgin soil of America.

Looking again at America before the United States was organized, we can easily see how important agency was even at that early date. Consider the French and Indian War, which began as a contest for control of Pittsburgh (the confluence of the Allegheny and Monongahela Rivers, forming the Ohio), not half a mile from where these words are being written.

That war, which began in 1754, was an almost perfect contest between societies with low agency and high agency. France was a highly centralized nation in which individuals possessed little agency but instead took their orders from Paris on down the chain of command in a strict hierarchy. England was a much less centralized society and the American colonies were – by far – even less centralized.

Central control and planning gave the French a powerful leg up during the early years of the war, as the British and colonists staggered from disaster to disaster. But the French hopes for an early knockout blow failed, and once the fighting settled into a more prolonged and complex affair, the higher agency of the colonists began to assert itself.

Francis Parkman, the great historian of the American colonial period, was a sympathizer of the French and their tribal allies, viewing them as romantic figures living in harmony with the forests. The English colonists, by contrast, were dull farmers determined to destroy the forests and the native tribes who lived there. But even Parkman had to admit that the colonists’ ability to make decisions on the fly, while the French had to wait for orders from Paris, doomed the latter.

As Parkman put it, in the war between the French and the colonists, “Feudalism stood arrayed against democracy, Popery against Protestantism, the sword against the plowshare.” The inevitable loss cost France the entire heartland of the new continent, leaving it with nothing but Quebec.

Next week we’ll follow the progress of (very) high human agency in the brand new country of the United States.

Next up: On Agency, Part IX