Panic Is a Virus, Part X
by Greg Curtis 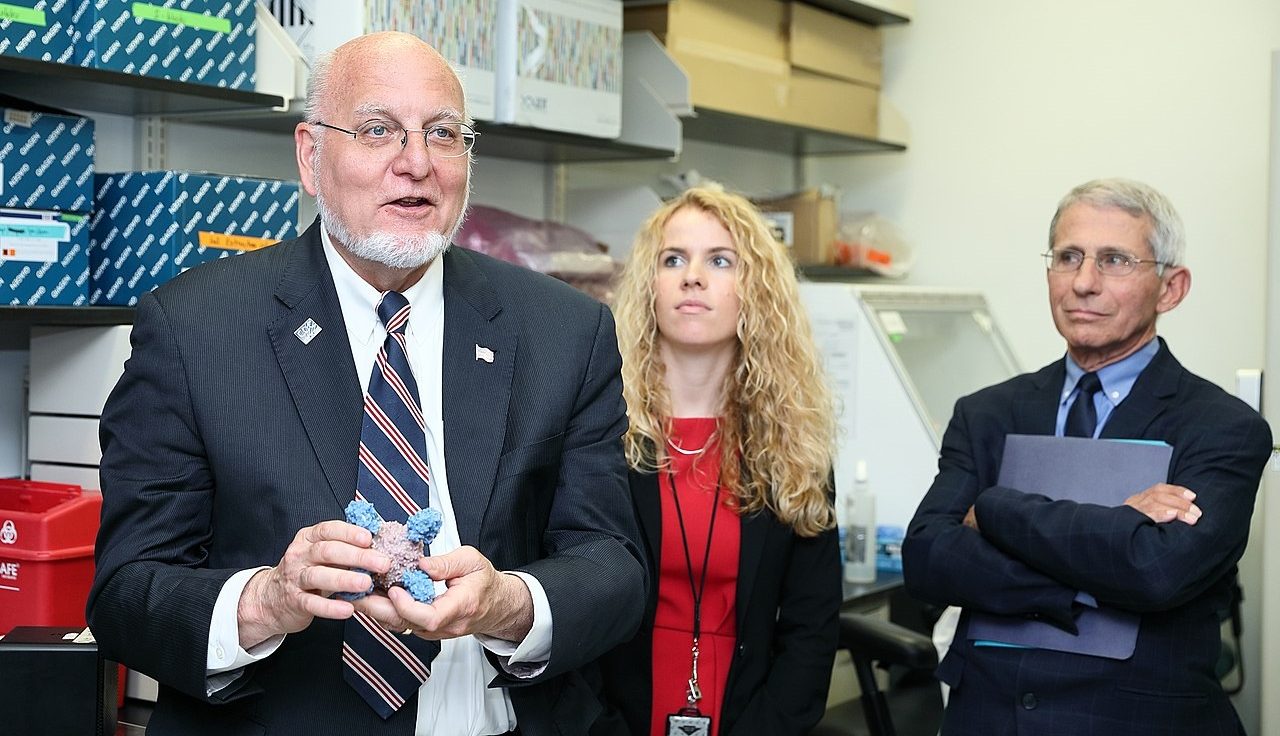 I’m claiming that the final group of vaccine-hesitant people – anti-vaxxers, if you prefer – was “nearly all of us.” The reason is that the vaccines, which were actually a wonderful advance, were oversold to us, and as we gradually found that out, our faith in the vaccines – and in medical science itself – plummeted.


Previously in this series: Panic is a Virus Part IX: The Real Numbers Behind the Vaccines

Let me say again that the COVID vaccines were a remarkable accomplishment. They were developed, tested, and rolled out in less than a year following the announcement of President Trump’s Operation Warp Speed, and they saved millions of lives. There was no need for the vaccines to be hyped.

But hyped they were, in at least five ways:

Breakthrough infections became ever more common. We were told the vaccines were 95% effective and we were assured by our President, without contradiction, that if we got vaccinated we wouldn’t get COVID. The reality was that breakthrough infections happened right away and rose consistently as the pandemic wore on. By the end of 2021 we all knew many, many people who had gotten double vaxxed and boosted and who nonetheless came down with COVID – and often these people experienced very bad cases. As the New York Times recently put it, “the Covid vaccines, powerful as they are, are far from bulletproof shields.”

We weren’t told we would need booster shots. Because of waning vaccine effectiveness and because the virus kept mutating, the vaccines needed to be boosted, first once and then again and again (so far). That led to further skepticism, and far fewer people got the first booster shot than got vaccinated. Last I looked, only about 10 million people bothered to get the second booster. Vaccine fatigue has spread across the land.

We were never told about the phenomenon of long COVID. This one seems to have taken not just the public, but also the scientists, by surprise. Long COVID makes people’s lives miserable for a very long time and, so far, there is no cure. The disease can cause almost any problem: exhaustion, autoimmune complications, vertigo, chronic pain, neurological or cognitive decline, “brain fog,” loss of balance, heart or lung degeneration, and so on. Getting vaccinated seems to have very little effect on long COVID – vaccinated people get it at rates only slightly below non-vaccinated people.

The vaccines aren’t as safe as we were led to believe. Although the COVID vaccines are very safe, as time has gone by worries about their safety has grown. This should hardly be surprising. Consider the Pfizer study we discussed last week – only slightly more than 18,000 people got the vaccines in the study. That’s small for a vaccine trial, but it’s especially small for a vaccine that’s going to be given to hundreds of millions of people. It was inevitable that issues would crop up in the real world that weren’t noticed in the small trial. The same is true of all the major COVID vaccines, which ran into at least the following difficulties:

In March of 2021, almost immediately following the rollout of the Astra-Zeneca vaccine in Europe, some young women who had taken the vaccine came down with a clotting disorder and a few died. Very quickly, more than 20 countries halted the Astra-Zeneca shot. Eventually, more than half these countries resumed use of the vaccine, but the damage was done – vaccine hesitancy rose across Europe and France became the global capital of the anti-vax movement, followed closely by Sweden – both way ahead of the US.

The very next month the CDC recommended a pause in the use of the Johnson & Johnson vaccine following reports of severe blood clots. In December 2021 the CDC made it clear that the Pfizer and Moderna vaccines were preferred over the J&J vaccine due to the safety issues.

In October of 2021, Finland, Sweden and Denmark paused the use of the Moderna vaccine after reports of myocarditis occurring in young men. They recommended that people switch to the Pfizer vaccine.

As noted above, none of this should have come as a surprise or been any reason for special alarm. The vaccine studies had involved relatively few people and those people looked nothing like the average American. But the safety issues did surprise people, especially those who were nervous about the vaccines to begin with.

The reason for the surprise was that the safety of the vaccines had been oversold. The manufacturers, medical scientists, and the health policy establishment all knew perfectly well that safety issues would crop up once the vaccines were in broad use, but none of them spoke up.

COVID is no longer a dread disease. Early in the pandemic the death rates from COVID were much higher than those from the flu. But as whole or partial immunity from vaccinations and/or getting COVID rose dramatically, COVID death rates plummeted.  By early 2022, of every 100,000 people who got COVID, 35 died. For every 100,000 who got flu, 40 died. If in some years only 25% of non-vulnerable people bothered to get the flu vaccine, it’s not hard to understand why some people would be reluctant to get the COVID vaccine.

Vax science got too full of itself. Consider the toddler vaccine, a triumph of scientific prowess and corporate greed over common sense. Fewer than 5% of parents have bothered to get their toddlers vaccinated.

None of these six issues was enough, in and of itself, to turn us all into anti-vaxxers (excuse me, vaccine-hesitant people), but, taken together, it was too much. We could have been treated like mature adults and told about all this stuff in advance – except maybe long COVID – but we weren’t. And when we eventually found out about it all, the consequences were unfortunate.

As Pogo might have said, “We have met the anti-vaxxers and they are us.”