Panic Is a Virus, Part III
by Greg Curtis 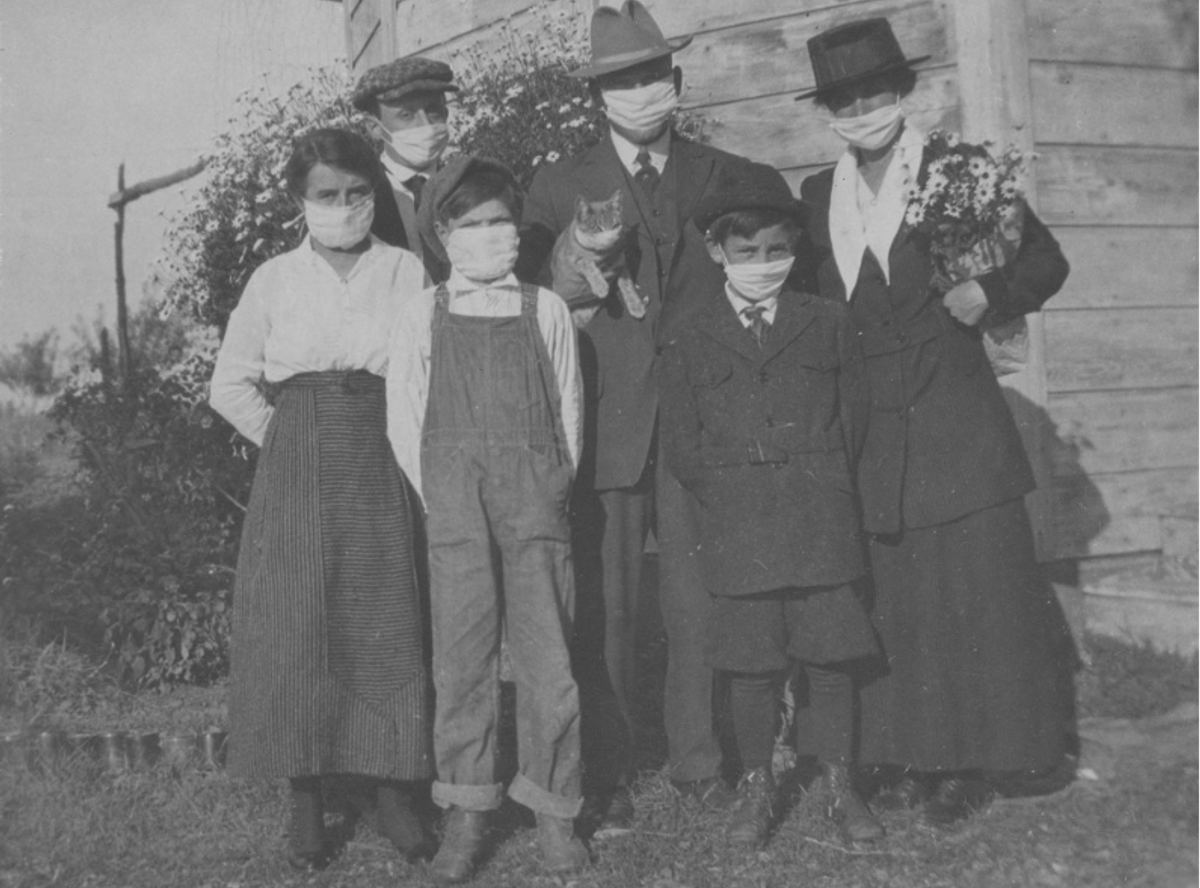 The mask controversy got off to a bad start when, early in the pandemic, the nation’s highest-ranking health officials flip-flopped on the issue. Here is Surgeon General Dr. Jerome Adams in February 2020:

“Seriously people – STOP BUYING MASKS! They are NOT effective in preventing the general public from catching #Coronavirus!”


Previously in this series:The Lesson of Japan: Part II

At about the same time Dr. Anthony Fauci said “[masks] only made people feel better but were pretty much pointless.”

Adams and Fauci changed their minds later, but the damage was done: Do these people know what they’re talking about?

In retrospect, the flip-flop was understandable. High quality N95 masks were in short supply and if Americans had started buying them in large numbers, hospitals would essentially have had to close. But the strong anti-mask language used by Adams and Fauci fueled the doubters.

But those doubters were surely wrong. The mask recommendations and even the mask mandates initially seemed perfectly sensible:

Based on all this, wearing masks indoors, as most Blue people did, seemed only sensible. Not wearing them, as many Red people didn’t, seemed pigheaded and possibly dangerous. The scientific community closed ranks and virtually everyone in the health policy world touted masks. Everywhere we went we were treated to signs that read, “My mask protects you, your mask protects me.”

It seemed perfectly plausible, even compelling. But was it right? At that point during the pandemic I, like so many people, was a reasonably diligent cloth mask wearer. But one day, having been confronted (outdoors, while exercising maskless) by yet another “mask Nazi,” I looked into the evidence for masks. What I found was unsettling.

Unfortunately, folks, it turns out that wearing facemasks was seriously overrated as a way to stop the spread of COVID. This should have been reasonably clear early on:

(2) Asian societies handled COVID well early on, but later they fared much worse.

(4) Almost nobody wore N95 masks and the CDC advised against it.

(5) It really is a long way from the lab to the real world.

Scientists prominently touted mask studies that were small, observational, compounded several variables, and/or had no control group. Were they so desperate to prove masks worked that they dropped their usual rigor? Why?

Eventually, the journal Nature admitted that “the data are messy, disparate and often hastily assembled … It’s legitimately confusing.” But most scientists and health officials insisted that masks were effective and many jurisdictions mandated mask-wearing, effectively criminalizing behavior based on almost nothing.

Finally, in early 2021, the first well-designed, randomized controlled trial of mask effectiveness in the real world appeared – the DANMASK study was published in the Annals of Internal Medicine in March 2021. Roughly 3,000 people were assigned to wear high quality cloth masks, while another 3,000 people wore no masks. There was no difference in infection rates between the mask-wearers and non-mask-wearers.

True, many studies ultimately prove impossible to replicate. But then the DANMASK study was replicated by the grandaddy of all real-world trials of mask effectiveness. The Johns Hopkins School of Public Health called “The Impact of Community Masking on COVID-19” (I’ll refer to it as the ICM study) “a very large and well-designed cluster-randomized controlled trial … the largest and best-designed randomized controlled trial to date.” The trial was led by researchers at Stanford and Yale and the report, as published in Sciencein January, had twenty-two co-authors.

Surgical masks. Although in lab tests the surgical masks blocked 95% of the COVID virus, they performed far worse in the real world, reducing infections by a mere 1%. Participants in the control group were infected at a rate of 8.62% versus 7.62% for the surgical mask wearers. That’s not nothing, but it’s far too insignificant to have any impact on the pandemic. And there were other problems with surgical masks. For one thing they have to be discarded after each use because they work by electrically trapping (as well as blocking) the virus. (Theoretically, surgical masks can be cleaned and disinfected, but this isn’t recommended by the CDC.) Finally, the CDC specifically recommends that people not use surgical masks.

Cloth masks. As in the DANMASK study, there was no statistical difference between wearing a cloth mask and wearing no mask at all.

Paper masks. Although the ICM study didn’t involve paper masks it’s worth noting that they are completely useless. Researchers refuse even to study them.

As if to place exclamation marks after what we now knew, three remarkable things happened in early 2022. Hong Kong, where mask wearing is universal, managed to achieve the highest daily COVID death rates ever recorded. In universally masked Taiwan, which via a long-and-hard lockdown had gone 200 days in 2020 without a single case of COVID, infections shot up astronomically to nearly 100,000 per day. Finally, even the most intransigent Blue states threw in the towel, ignored the CDC’s guidance, and eliminated mask requirements.