Panic Is a Virus, Part V
by Greg Curtis 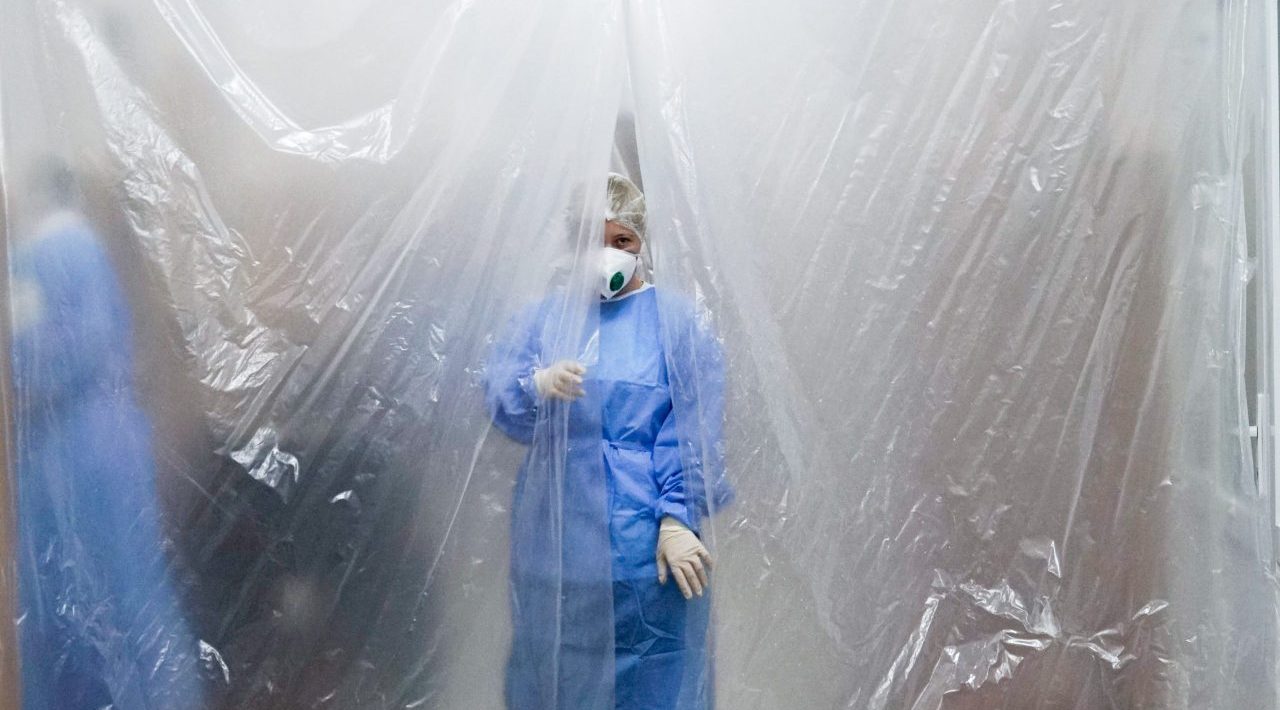 Last week I reported on the World Health Organization’s pigheaded approach to how COVID is transmitted – by droplets, they said, so we all needed to wash our hands constantly and sanitize all surfaces. Handwashing and sanitizing didn’t kill us – it was hygiene theater – but the panic engendered by WHO’s bad science did kill us.

Previously in this series: Panic is a Virus Part IV: Follow the Science

And people were, truly, in a panic. The COVID virus seemed to be everywhere, on every surface. People were terrified to touch a doorknob or even an elevator button. Since it wasn’t possible to sanitize every surface in the outside world, people stayed inside, isolating themselves for months.

Consider this example from my own experience. About a year into the pandemic I visited a former secretary of mine, who was in her nineties. I was bringing her some groceries, but when she opened her apartment door she was wearing green rubber gloves. “What gives?” I asked.

It turned out I had arrived as Peggy (as I’ll call her) was sanitizing her newspaper. I watched in astonishment as she sprayed every page of the paper, front and back. The print smeared badly, but that didn’t bother Peggy, she just kept at it. I could tell that every surface in that apartment had also been sprayed and was probably re-sprayed every day. At Peggy’s age she was certain that if she caught COVID she would die, and she wasn’t taking any chances.

I told Peggy that COVID wasn’t spread through surfaces, but via airborne transmission from an infected person. The virus simply couldn’t survive on surfaces for more than a very short time. But Peggy had the WHO advice taped up on her (heavily sanitized) refrigerator. She was following-the-science and nothing I could say would dissuade her.

Since she was terrified of going anywhere, Peggy stayed in her apartment for 13 straight months, never leaving it. She declined mentally and was entering clinical depression. Three months after my visit to her apartment, Peggy suffered a heart attack — almost certainly brought on by the stress of trying to follow the WHO’s incorrect guidance.

How many Peggys are out there? A British behavioral scientist who advises the UK government estimates that one-third of the UK population has become “phobic” since the start of the pandemic, and my guess is that the U.S. percentage could be even higher. Panic is a virus. But let’s move on to some other instances of bad science that most of us believed at the time.

Shortly after the onset of the pandemic, some people — primarily Red people — began to speculate about whether the virus didn’t originate naturally, but may instead have escaped from a Chinese laboratory. It was known that a Wuhan-based lab was involved in virus research and it was known that the virus was first noticed in Wuhan. No natural cause for the virus had been found (and still hasn’t). Was there a coverup?

Personally, I’ve always thought the lab-leak theory was unlikely, and in the early days the Red people and Red press who were speculating about a leak may simply have been motivated by anti-Chinese feelings, even by xenophobia.

But despite its source the possibility of a leak was real – and terrifying – and should have been explored. Yet people — primarily Blue people and Blue media — freaked out. Anyone who raised the lab-leak idea was an idiot, a rumor-mongering COVID terrorist. The prestigious journal, The Lancet, actually published a statement excoriating people who suggested an unnatural origin for COVID: “We stand together to strongly condemn conspiracy theories suggesting that COVID-19 does not have a natural origin.”

Other Blue media piled on. The Washington Post described the lab-leak theory as “a coronavirus conspiracy theory that was already debunked.” Facebook removed posts suggesting a possible man-made origin – like The Lancet, Facebook’s censors believed that you couldn’t even debate the subject. Most of us assumed the lab-leak idea was rightwing nonsense probably propagated by QAnon.

But a year later opinion turned 180 degrees. Suddenly, “everyone knew” that a lab leak was possible, even if not probable. In fact, it was disclosed in May 2021 that a year earlier the Lawrence Livermore National Laboratory had concluded that the lab-leak theory was plausible and deserved further investigation. But their report was kept secret.

Suddenly, though, President Biden ordered the U.S. intelligence community to look into COVID’s origins, whatever they might be, and report back. The EU, Japan, and Australia also demanded robust investigations into whether the virus had leaked from the Wuhan lab.

The Lancet now had egg on its face and its credibility was in tatters. A group of distinguished scientists published a letter in a competing journal, Science, in May 2021, demanding “a more transparent, objective, and independent investigation” into the lab-leak theory.  Finally, in December 2021 – nearly two full years after trying to shut down debate – The Lancet meekly admitted that “To be clear, the lab leak theory was and remains a perfectly legitimate line of inquiry.” Uh, hello?

Was it following-the-science to shut down debate on the lab-leak theory, as the prestigious journals insisted, or was it following-the-science to investigate whether the theory was correct? In this instance it turned out that the latter was the right answer. If COVID was a natural virus that had, like some other viruses, made the leap from bats to people, that would be one thing. But if Chinese scientists had manufactured COVID and then allowed it to leak from their lab, killing tens of millions of people, that would be something else altogether.

It’s probably true, as James Palmer put it in Foreign Policy, that “Calls for an independent, open investigation on the origins of the pandemic are fantasies” because Beijing will stonewall any inquiry. But in this case the inquiry was stonewalled not just by China, but by people, including scientists, who had tried to shut down debate. To their credit, most Blue people – and even some Blue media – eventually came around to adopting the right science and calling for an investigation.

Alas, by then it was too late – the Chinese had had two years to bury any evidence. Panic is a virus.