A Police Chief’s Perspective on What’s Wrong with Policing Today and How to Fix It
by Robert McNeilly Jr.
2022 Fall
Reading Room 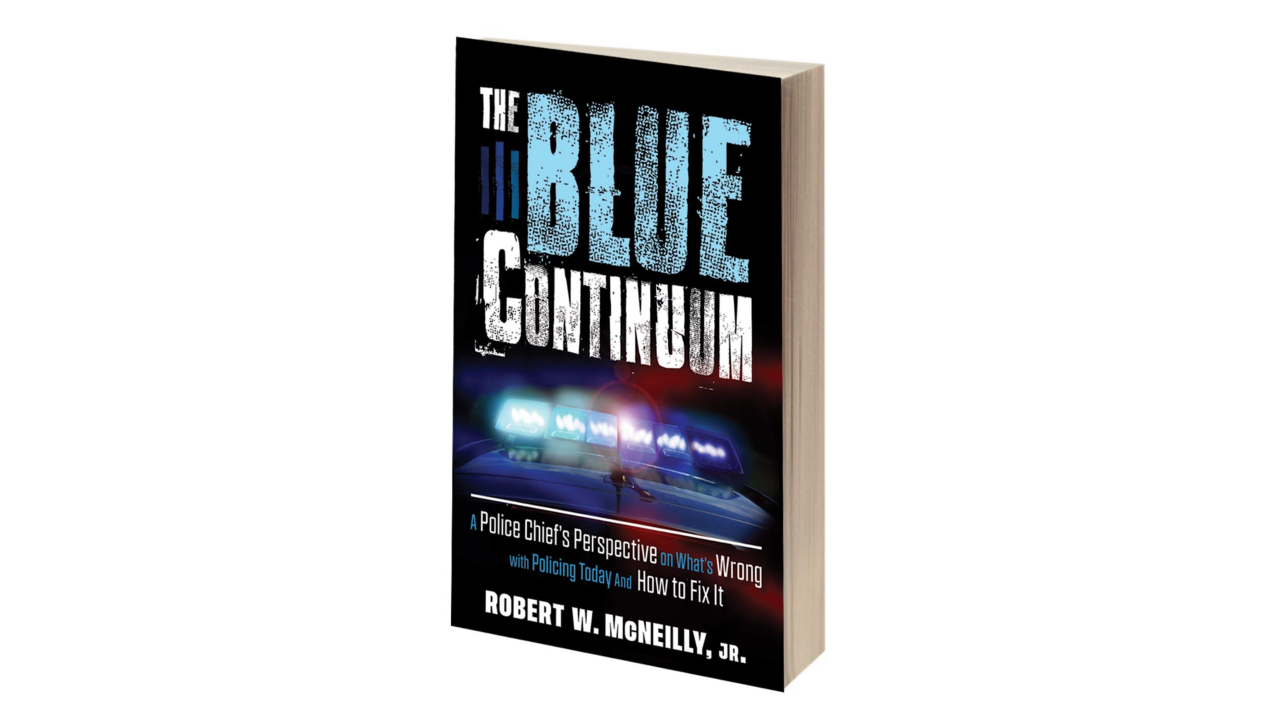 The Blue Continuum: A Police Chief’s Perspective on What’s Wrong with Policing Today and How to Fix It. By Robert McNeilly Jr. Word Association Publishers ($20.89)

Policing in any community is only as effective as the elected officials being informed and prudent enough to avoid common mistakes. When officers make mistakes, they jeopardize the relationships their departments have with the public they serve. Elected officials are ultimately responsible for the mistakes officers make.

Although there always has been some level of community dissatisfaction with police, since 2020, the level of turmoil in American society has increased, as evidenced by attacks on officers, ​rioting, ​calls to “defund” police departments,​ and laws to limit police actions. The unintended impact has been increased crime rates, ​officers leaving departments in unprecedented numbers, ​a lack of sufficient law enforcement recruits,​ and possibly reduced officer effectiveness.

It is widely recognized that well-chosen, well-trained, and effectively supervised officers perform better. There are four major failures created by a municipality, which are related to the mistakes officers make.

The first mistake many municipalities make is failing to hire a competent chief who can ensure proper recruiting, provide “best practices” policy, ensure adequate training, require effective supervision, and guarantee accountability. Unfortunately, too many times, elected officials view police department positions as rewards for their supporters rather than an opportunity to professionalize policing.

The second mistake is political interference preventing the chief from making critical management decisions, such as politicians influencing who receives assignments and who is promoted. They generally want to ensure a department is staffed with their supporters (show horses) instead of the officers who know how to effectively do the job (workhorses). The show horses aren’t competent enough to perform adequately and are bound to make costly mistakes that will embarrass the department and anger the public. While I served as chief in Pittsburgh, Mayor Tom Murphy prevented that political interference, which led to lower crime rates, increased rates of solving crimes, fewer vehicle collisions, and fewer lawsuits against the department — even though the force was reduced from 1,200 to 900 officers.

The third error is not adequately vetting the officers hired. Hiring officers from other departments who are disgruntled, unmotivated, and resentful only ensures continued disciplinary actions, officer morale problems, and poor interactions with the public those officers swore to serve.

The fourth error is not providing funding to ensure the department has the tools to train and supervise its officers. An example is the faulty decision to reduce training budgets at the first sign of a fiscal crisis. Many erroneously believe that’s wiser than reducing personnel. It’s better to have fewer but better-trained officers.

The performance of police officers can be improved with proper policy, training, supervision, and accountability. Weaknesses in any of these areas will result in complaints from citizens, costly lawsuits, disciplinary actions, and ruined careers. It also can result in outside intervention through lawsuits, memorandums of understanding, and consent decrees to correct inadequacies. In the long run, departments that do not correct their own deficiencies will find that others will come in to make the changes for them. And those working in the department generally will not like how the changes are made or the outcome of the changes.

If elected officials hire the best available candidate for police chief, provide sufficient funding for training and supervision of officers, and offer support when discipline is necessary, the municipality will have taken the first steps toward having an exceptional department.
Categories: Books Culture
Tags:

Robert W. McNeilly Jr. served 37 years in law enforcement as an officer, a plainclothes officer, sergeant, lieutenant, commander and chief of police. He was chief of the Pittsburgh Police Bureau from 1996-2006. “The Blue Continuum” can be found on Amazon or on the website: www.thebluecontinuumpolice.com