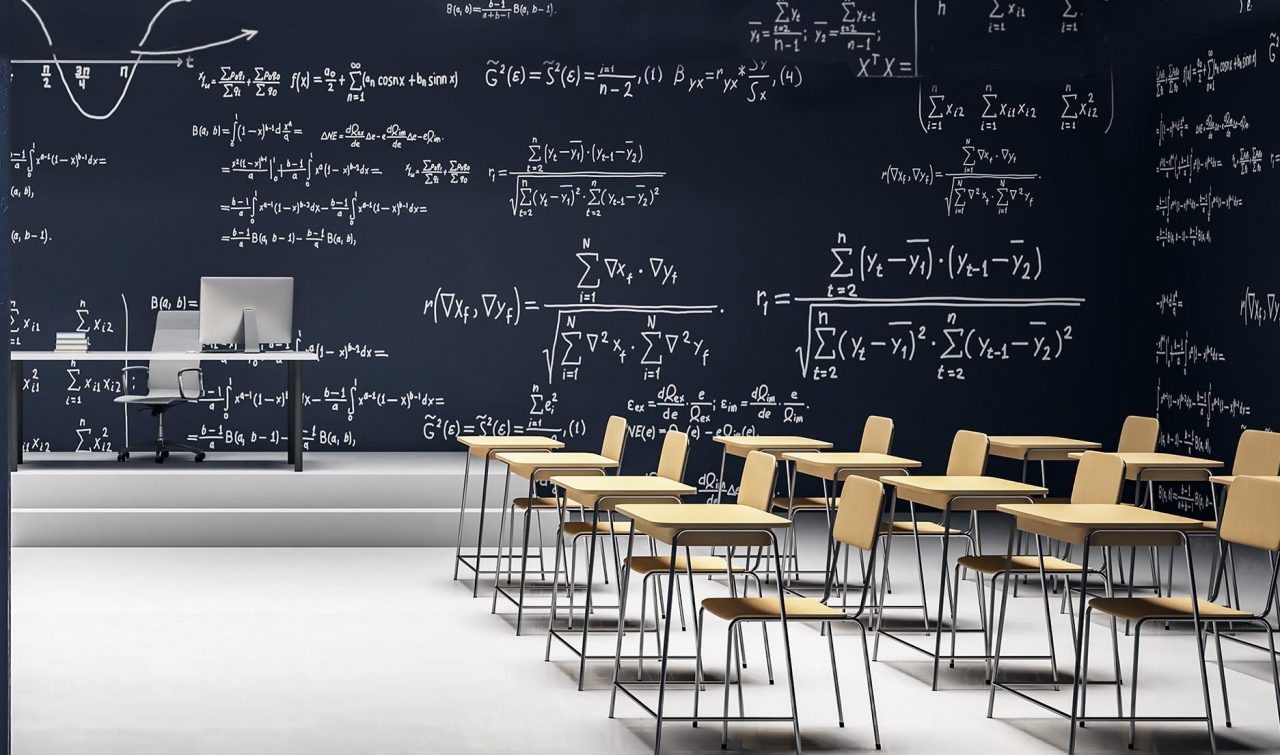 When the United States slid into the Great Recession, throwing millions out of work, America went back to school. Older adults enrolling in community colleges or other two-year programs led a surge in enrollment that saw colleges add 2.5 million students from 2007-2010, a 14 percent enrollment spike. School administrators were elated.

But for most, the boom quickly stalled. Enrollments started shrinking. And, two years ago, the COVID-19 pandemic sent college enrollment into a tailspin. Today, undergraduate enrollment nationwide is down 6.6 percent from pre-pandemic 2019 levels.

In western Pennsylvania, a perfect storm of mounting tuition costs, shifting demographics, an uncertain economy and pandemic has spared only a few of the 29 local colleges and universities from enrollment losses since the coronavirus outbreak. Community colleges have been among the hardest hit, while a handful of more selective colleges and universities have fared better, with a couple gaining students during the pandemic.

What the enrollment struggles mean for the future of higher education in the region and nation is unclear. One concern is that a further slide could doom the viability of many regional colleges and universities. Shrinking enrollment might also signal a shift in the role they play in the community.

“COVID is a whole different animal,” said Quintin Bullock, president of the Community College of Allegheny County. “We anticipated a boom across the board, but we are experiencing growth only in very targeted career and technical program areas. More and more people are looking for short, quick training opportunities to give access to work where there are clear demands for employment.”

From food delivery to TV streaming platforms, the COVID-19 pandemic accelerated changes already occurring within industries. Higher education was not an exception.

Enrollment in colleges and universities across the U.S. has been falling since 2011, according to National Student Clearinghouse Research Center data. For community colleges and four-year universities in Pennsylvania’s State System of Higher Education, enrollment peaked in 2010 as the nation emerged from recession. “Of course, that was the recession bubble,” Pehrsson said. “When the jobs came back, people weren’t going to college as much.”

Only 39 percent of students who enrolled in two-year institutions in 2008 had a degree to show for it six years later, according to the National Student Clearinghouse.

Schools were struggling to reverse no-growth enrollment trends when the pandemic roiled higher education, closing in-person classes at first, then reopening campuses with a raft of restrictions. Two years of pandemic has deflated undergraduate enrollment at colleges and universities in Pennsylvania by 6.5 percent, which closely follows losses reported by schools nationwide.

Such trends put the fiscal health of many of the region’s colleges and universities at risk. Fewer students mean fewer dollars. “Other than the very wealthiest universities ­— say, those who have endowments of over $1 billion — [the] biggest sources of revenue are money from the state and the tuition, room and board that come from student enrollment,” said David Finegold, president of Chatham University.

The decline in enrollment in higher education has been sweeping but uneven. Public two-year colleges, such as community colleges, have taken a beating, losing more than 13 percent of their enrollment nationwide since 2019, according the NSCRC data.

At the Community College of Allegheny County, total enrollment has dropped from 20,430 students in fall 2012 to 11,977 in fall 2021, according to data from Integrated Postsecondary Data System at the National Center for Education Statistics. The pandemic dealt it a heavy blow, with enrollment tumbling 34 percent since fall 2019.

Total enrollment only reveals part of a broader shift in the role community colleges play in education. The typical community college student has gone from someone who takes classes for a few years aiming to transfer to a four-year university to one who is ready to slide into the job market at the end of a training program.

“CCAC’s No. 1 program for many years was the general education,” Bullock said. “It’s shifted. The emphasis has now gone to career and technical programs.” Enrollment is climbing in programs such as commercial driver’s license training, plumbing, welding, and heating, ventilation and air conditioning that “closely align and support the current demands of construction and the skilled trade industries.”

The rising cost of a degree has also contributed to the decade-long enrollment woes of America’s colleges and universities. Undergraduate tuition, fees, room and board at public universities rose 28 percent from the 2008-09 school year to the 2018-19 school year, according to National Center for Education Statistics data. The cost at private non-profit schools grew 19 percent during that period.

“There’s a sense that college is too expensive and people don’t want to take on debt,” Pehrsson said. “Twenty years ago, going to college at a state system university was pretty reasonable. But most have been systematically funded less over time and that burden has been placed on the families and the students who go to school.”

Pennsylvania’s State System of Higher Education universities have suffered deep enrollment losses and funding cuts from the state. Education appropriations in state and local funding for higher education in Pennsylvania have decreased by nearly 26 percent since 2008, according to State Higher Education Executive Officers Association data.

“Most universities have cut and cut and cut and we’re kind of at the bone in the West,” Pehrsson said. “When you start cutting so much, you start losing major programs and then you’re not a regional university anymore. You become a technical institution, like a business college or a health services college. We know that citizens of Pennsylvania don’t just need a technical education; they need a mix of different types of preparation.”

Some of the more selective colleges and universities, which often draw from national and international pools of applicants, have managed to avoid persistent enrollment decline and increase the size of their student bodies.

Southwestern Pennsylvania schools that bucked the trend include the University of Pittsburgh, where enrollment rose 2 percent from fall 2017-2021 and Carnegie Mellon University, which experienced a 9 percent increase over that time.

But selective universities weren’t immune to the pandemic’s disruption. With standardized test centers closed, many universities went test-optional for fall 2020 admissions. This allowed students to apply to college without taking the SAT or ACT. “When you have more uncertainty, it makes the whole science of doing enrollment harder to predict,” Finegold said.

The pandemic put the enrollment models used by universities to the test. Enrollment officials grappled with how many students they should accept in order to meet a target enrollment number after “summer melt,” when high school students who are accepted to a university say they plan to attend, but don’t end up enrolling.

“COVID played a role in where some people decided to go to college,” said Marc Harding, vice provost for enrollment at the University of Pittsburgh. “We had a higher number of students in the Commonwealth of Pennsylvania say they wanted us than we had in the past. That’s how an externality — the pandemic — played havoc on our projection models. We never dealt with this before. We had ideas, we had guesses, we had lots of meetings and conversations. But we didn’t know how to model [the pandemic].”

Pennsylvania saw that population of young people shrink by about one percent from 2011 to 2019 according to a report by the Western Interstate Commission for Higher Education, which tracks such trends. And studies suggest the rate of high school graduates going straight to college has decreased during the pandemic.

At the same time, the value of a college degree has held up, particularly the financial benefit of earning one. Adults with at least a bachelor’s degree earn more and accumulate more wealth than those who do not, according to a 2020 report by the Federal Reserve Board.

“Schools are a lot more focused on gainful employment,” said Karina Chavez, executive director of the Pittsburgh Center on Higher Education, a consortium of 11 colleges and universities in Allegheny County. “That was a trend, but it’s been accelerated. Students might be looking toward a particular career path and not a general degree when they don’t know what they want to do right away. There’s an accelerated coordination and alignment with the regional workforce development needs. That’s a good thing.”

CCAC has been focusing on getting high school students in the door by offering more courses that provide both high school and college credits. “This is an effort to connect our youth to careers earlier,” Bullock said. “They can get a job and have an awareness of some of the high-demand careers. In the long run this will yield increased enrollment because more students will be in the pipeline earlier.”

Standardized testing centers have reopened, but use of the tests is being reconsidered nationwide. Harvard University isn’t requiring applicants to submit standardized test scores through 2026. The University of Pittsburgh will be test-optional through 2023. “There are students who we were offering admission to that we might never have offered admission to before,” Harding said. “From an equity perspective, going test-optional has been very positive.”

Future winners could be the universities who capture an emerging class of students often underrepresented on campus. In 2018, some 53 percent of U.S. high school graduates were nonwhite, according to NCES data. And an increasing share of undergraduates in the U.S. come from lower income families, particularly at less selective colleges and universities, according to a Pew Research Center Report.

Researchers predict a further drop-off in high school graduates beginning in 2025 due to a trend of lower birthrates that started during the Great Recession. “We’re seeing great changes in the demographic makeup of the students attending college,” Harding said. “The pool is changing. We see that as an opportunity.”
Categories: Pittsburgh Today Regional News
Tags: