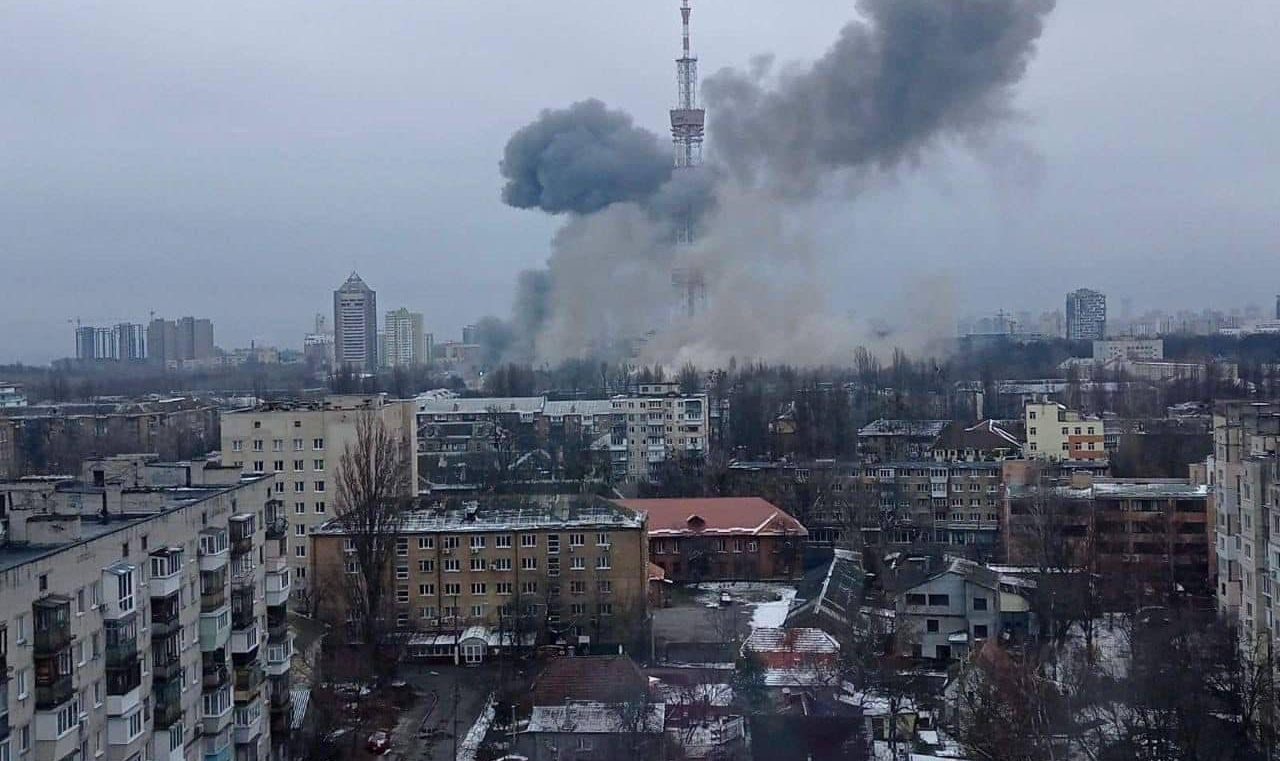 On the morning of February 24, 2022, the New Year having hardly gotten started, the vaunted Russian army invaded Ukraine. This was the first major land war in Europe since 1945, and many otherwise sensible people had thought there could never be another such war. Wrong.

Vaunted or not, the Russian army proved to be incompetently led, poorly trained, corrupt, and characterized by extremely low morale. Although Vladimir Putin believed the war would be over in a few days, it will soon be one year old and counting. The war made Russia and Putin global pariahs, with Iran being the only country in the entire world willing to offer military support to the hapless Russians. (China offers moral support.)

Humiliated by his disastrous decision, Putin promptly began threatening to use nuclear weapons, especially tactical nuclear weapons. This was the first time since the Cuban Missile Crisis way back in 1962 that a nuclear power had threatened to use such weapons – another thing many sensible people thought could never happen again.

For almost a century it was well-understood that over-spending by governments and money-printing by central banks was an obvious recipe for high inflation. But a prolonged period of hyper-low inflation dulled people’s memories, and wacko ideas like Modern Monetary Madness (excuse me, Modern Monetary Theory), slowly insinuated themselves into the brains of even Fed economists.

Blithely unaware of centuries of economic history, the US government (in the persons of both Trump and Biden) lavished largess on the American public while the Fed kept the money-printing machine working overtime.

To the surprise of no sensible person, inflation broke out in early 2022, but the Fed dismissed it as “transitory.” But it was “transitory” that was transitory. Thanks to the Fed being asleep-at-the-switch, inflation embedded itself into the US and world economy and it has proven to be extremely difficult to disembed. By year’s end 2022 global inflation was at 9% and US inflation at 7%, the highest numbers experienced since the early 1980s.

On January 3, 2022, the first trading day of the year, the US stock markets hit an all-time high. After that it was all downhill.

Battered by high-and-rising inflation, an indifferent Fed, the War in Ukraine, supply chain disruptions, and other dismal events, both the stock and the bond markets collapsed. By the end of 2022 the US stock market would be down almost 20% and the bond markets down just under 15%. If you happened to own long US Treasuries, supposedly among the safest investments in the world, you lost almost 30% of your money.

Bear Markets in stocks are fairly frequent. We had a big one in 2008 during the Global Financial Crisis and a deep-but-very-brief one in 2020 when the pandemic hit. But bad markets in stocks and bonds in the same year are very unusual. Except for Lucky Us, these disastrous markets have happened only twice in US history – in 1931 during the Great Depression and in 1969, when the US was trying to get control of inflation.

Although the acute phase of the COVID pandemic seemed to fade in late 2021, COVID remained with us in 2022 and in some ways became even more problematic.

Are the vaccines helping or hurting? Earlier in the pandemic the COVID vaccines were miracle workers. They helped prevent people from getting sick and, if you got sick anyway, they significantly reduced your chances of dying. True, only the elderly and the vulnerable were likely to die anyway, but the vaccines were crucial for those groups.

But in 2022 studies began to suggest that the vaccines were virtually useless against the newest strains of COVID, like XBB. Articles appeared in the journals Nature, the New England Journal of Medicine, and Cell, concluding that the vaccines were fifty to sixty times less effective against XBB than against earlier strains.

Worse, concern has escalated that the vaccines may actually make us more susceptible to XBB and similar variants. People noticed, for example, that in heavily vaccinated parts of the world XBB was spreading four times as fast as in lightly vaccinated places. Then studies, like one by the Cleveland Clinic, showed that people who had received three vaccinations were almost three-and-a-half times as likely to get COVID as unvaccinated people. “This is not the only study,” the authors wrote, “to find a possible association between more prior vaccine doses and higher risk of COVID-19.” Ugh.

China’s masters mess up massively.   First, China launched COVID on the world, lying about it at the time. Next, China stonewalled investigations into COVID’s origin (natural or manmade). Then China refused to allow its people to use Western vaccines that were far superior to the Chinese version. Instead, China imposed an almost criminally idiotic lockdown across the country designed to prevent COVID from infecting the Chinese people. Finally, recognizing their stupidity, the Chinese masters pivoted 180 degrees, eliminating virtually all COVID restrictions.

But China continued to lie, creating what Foreign Affairs has called “China’s Epidemic of Mistrust.” During one week, when the government announced fourteen COVID deaths, one funeral home in Beijing alone reported it had 400 more deaths than usual. The most informed observers believe China is experiencing at least 9,000 deaths/day, on its way to 25,000.

Will these weird policy flipflops lead to new and more deadly variants that China will also unleash on the world? We don’t know, but as Dr. Stuart Campbell Ray of Johns Hopkins puts it, “China has a population that is very large and there’s limited immunity. And that seems to be the setting in which we may see an explosion of a new variant.”

Will The Evil Years continue into 2023 and perhaps beyond? Let’s hope not. But some people see nothing but trouble ahead, including Larry Summers, who warns that we have the misfortune to live in an era of what he calls “polycrises.” Personally, I’m going to stop listening to the news.

Conspicuous self-promotion. On a happier note, my most recent collection of poetry, A Few Short Poems, is now available on Amazon.

Next up: Joe Hardy, Nemacolin and Me