Their Shadyside home was one of the city’s finest, sequestered at the end of a leafy cul-de-sac. The grounds included a stone courtyard, large pool and formal rose garden that Tim and Audrey Hillman Fisher often used for the many benefits and parties they hosted. 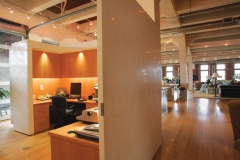 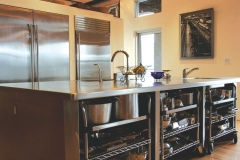 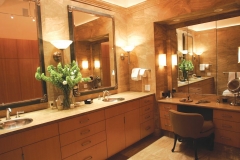 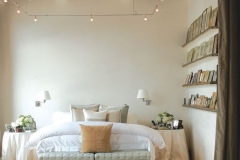 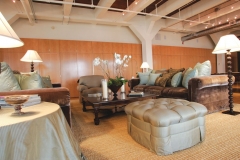 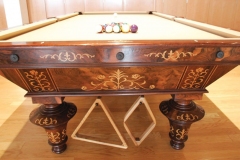 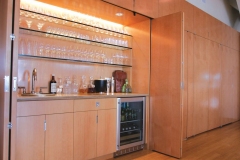 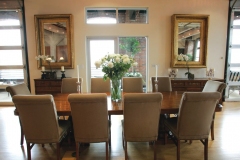 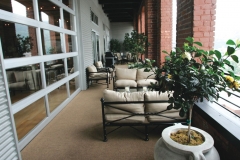 So invariably, the first question they are asked is how could they leave?

“Our children were all grown and gone, and we found that we were spending a lot of time at our place in Santa Barbara and summers in New Hampshire, and less time in the city,” says Audrey. “It was such a lovely house for a family, but it was just the two of us. We were downsizing the way most couples do.”

The Fishers are legendary for their involvement in many local organizations including UPMC, the Pittsburgh Cultural Trust, Pittsburgh Parks Conservancy, Beckwith Institute, Steeltown Entertainment and the Pittsburgh 250 Commission. Numerous board obligations along with family and friends keep them committed to the city, so their choice was a natural – to live Downtown. Since they are equally renowned for their great taste, they made the move in cutting-edge style.

“We wanted to live Downtown because it was near Tim’s office but also close to the Cultural District. We really enjoy the infinite number of opportunities that are afforded by the fabulous Cultural Trust. We had a feeling that is undeniable – that Downtown Pittsburgh is going to be the hottest place to live, with all the baby boomers downsizing.”

At a party, Audrey overheard actor David Conrad saying he had bought a loft in the Strip. She asked if he would show it to her, and she and Tim were both smitten and fortunate. A unit in the same building, the Strip Loft Condominiums (formerly the Ruud hot water heater factory), was coming on the market.

“Ours is a triple that’s completely open, with a wonderful sense of space and height. But it’s the views — Downtown and the Allegheny River and Polish Hill. And of course, it had a terrace!”

The Fishers enlisted architect Dutch MacDonald from Edge Studio to create a residence that retained the openness they loved but incorporated private spaces as well. Storage was also an issue they wanted to address in a functional but attractive manner.

“We wanted to create a really great canvas for them to shift their style of living,” says MacDonald. “The biggest challenge was how to accommodate all the possessions you need for living, but to keep the space open and clean. Basically, how to have everything at your fingertips but not see anything.”

Upon entering the loft, one is immediately struck by the light that fills the 5,400 square feet of space. Giant windows operated by garage door openers compose the outside walls, making nature an active player in the design scheme. Situated on the top floor, the views are sweeping, yet there’s an unexpected sense of intimacy inside. To the left as one enters is the book-lined study area and one of the loft’s most amazing features — a wood cube swings open to reveal a complete home office. The backside serves as a kitchen wall, with stainless steel cabinetry, appliances and islands for cooking and dining. Beyond is the formal “dining room,” oversized in scale, with a large table perfect for dinners when the Fisher’s four children visit.

To the right is a long wall covered discreetly in Douglas Fir doors. Behind each, just like on “The Price is Right,” is a surprise.

A full guest bath, Audrey’s dressing room, a built-in bar and refrigerated wine cellar, coat closets and passage to the private sector are all tucked behind the sleek façade. At the end is the entrance to the bedroom, draped with silk curtains that hint at the shift in tone. Soft and simple, the bedroom overlooks the river and a massive window announces the weather.

Tim’s dressing room leads into the master bath, a terrazzo-clad enclave of personal luxury, right down to the generous steam shower.

Audrey did her own interior design, with an assist from Barbara Wright Interiors, who facilitated the selection and purchase of the materials. The pale palette and use of natural fibers shows the influence of the couple’s more relaxed California lifestyle — indeed, the thick, sea grass rug in the living area is a duplicate of one in Santa Barbara. The greens and warm beiges of the large-scale furnishings in both the living room and casual TV area create an inviting oasis in the sea of light wood. A grand piano in the corner is one of the few reminders of the Fisher’s former home.

“It’s a very calming, serene city space. Part of that is the simplicity of the architecture of the loft, the exposed beams and wiring and plumbing. It leads you to keep it simple and a little bit more contemporary. The wonderful influence it’s had on us is that everything has to be in its place. There’s no room for piles, with the exception of my office. I hate filing and I’m so bad at it!” Audrey laughs.

Living in one big room has also given the couple a renewed sense of intimacy, “almost a second honeymoon!”. When they are home together, they truly are together.

“We spend time watching Downtown come alive at night or the fireworks at PNC Park. It’s like living in a tree house because whatever the weather, it’s very dramatic. If it’s sunny, the sun pours in, and there are the most breathtaking sunsets over Mount Washington. If it’s snowing you feel like you’re outside, and with thunder storms and lightning, you feel very cozy inside.

“It’s a wonderful building,” says Audrey. “There are professors, artists, actors, corporate heads. Everyone recognizes each other and greets each other. There is a sense of neighborhood, but everyone is also respectful of privacy. We love living here. It’s amazingly convenient. It takes 15 minutes to get to the airport, we walk to the Strip on Saturdays and go to Pen Mac for incredible produce and cheeses. And it’s so easy. When we leave we just close the door.”