The Frank House: A Bauhaus Beauty

At a glance, the buff-colored residence nestled among the more traditional homes on Woodland Road seems an oddity, an almost institutional-looking structure resplendent in its obscurity. 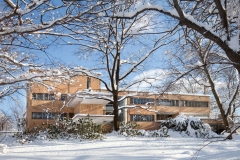 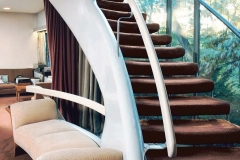 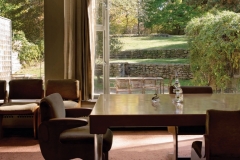 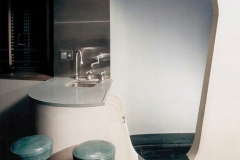 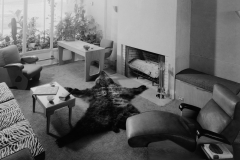 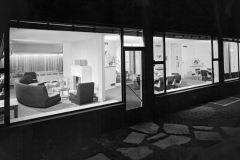 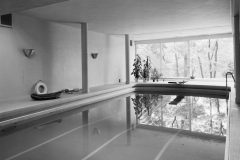 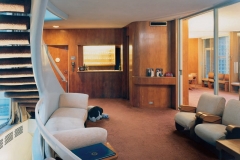 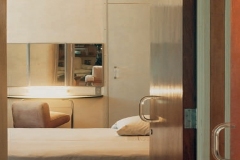 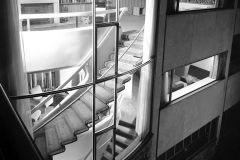 The mature trees that soften its façade testify to the fact that the home has stood on its spot for many years—70, to be exact—yet few have noticed. Until now.

To be sure, architectural historians and other cognoscenti have known about the Frank House since it was completed in 1940. One of only a dozen or so private homes in America designed by Walter Gropius, the founder of the Bauhaus school of modernism, it is the only one to remain virtually intact. But the home’s importance extends beyond its graceful, sweeping curves and the cantilevered staircase that seems to float on air. Hundreds of pieces of furniture were created for the residence by Marcel Breuer, another famed member of the Bauhaus, and they remain exactly where they were designed to be placed. It’s as if this joint effort by two of the most significant architects of the 20th century has been frozen in time.

To see the home today, with its original textiles and hide chair coverings, the Lucite handles and table legs, the steel sconces that look ultra-contemporary, even the doorbell housing with its sleek stainless design, is a rare and remarkable glimpse at the very foundations of modernism.

“This is the nation’s crown jewel,” the late J. Carter Brown, former director of the National Gallery of Art, said of the Frank House. And Barry Bergdoll, chief curator of architecture and design for the Museum of Modern Art, has called the Frank House “the culmination of the ideal of the complete environment” long pursued by the Bauhaus and the European avant-garde.

“In Pittsburgh they realized their masterpiece of the integration of architecture, furnishings and landscape.” Bergdoll goes further, describing the residence as “an exceptional historical document, as well as a major monument of American architectural art and architectural history.”

That the Frank House has survived is due largely to the fact that it has been home to the Frank family for three generations. Cecilia and Robert Frank, an engineer and a founder of Copperweld Steel, commissioned Gropius after hearing him give a lecture in Pittsburgh.

In 1936 the architect fled from Germany to become head of the Architecture Department at Harvard. He also set up a private architectural practice with his protégé, Breuer, and the Frank House was the largest and most important residence they designed. During his many trips to Pittsburgh, Gropius met with the Franks and also received numerous long letters from Robert sharing the couple’s ideas and desires for the new home. “They considered him the world’s leading architect,” says Alan I W Frank, their son and the home’s present owner. The result was a “machine for living” that incorporated innovative mechanical systems in some cases designed by Robert and made by Copperweld. An energy conservation system used water from the indoor swimming pool to help heat and cool the house. An integral air-cleaning system fought the grit of a steel town, while an internal phone system announced whom the call was for by flashing a light signal. Even more astonishing, the home boasted lawn-covered green roofs and used solar energy long before they became p.c.

Yet it was the Franks request for “a warm and friendly feeling” that truly made the house a home. They wanted to raise their three children in a comfortable environment, entertain frequently, and lead a healthy life in a residence designed to encourage just that. Instead of hard-edged minimalism, Gropius gave them sensuous curves, earthy colors and natural materials including travertine, pearwood and English sycamore. The abundance of glass walls and five outside terraces bring the outside in, uniting the landscape, furnishings and structural elements into a seamless vision of Bauhaus bliss.

“Everything about this house was created to make it an extraordinarily livable home… and it was. A wonderful, exciting, happy place,” says Frank.

But the ravages of time have taken a toll on the Frank House. Decades of sunlight have faded fabrics, and the wear and tear of family life have left their mark. Some cracked plaster and other superficial signs of age are apparent, and yet the fact that the house has never been repaired is what makes it supremely valuable. Like a fine antique, the patina bears the imprint of the makers and, as such, is both a priceless record and resource.

Interestingly, Frank Lloyd Wright’s Fallingwater was completed three years before the Frank House and commissioned by another prominent Pittsburgh family, the Kaufmanns. Like Fallingwater, plans are afoot to restore the Frank House and turn it into a house museum. To that end, the Alan I W Frank House Foundation, a 501(c)(3) public charity, was created last year to preserve the home. “My mother and dad created the house, I have preserved it and brought it into the 21st century, and for the house to be enjoyed by future generations, the community needs to step in and become involved,” Frank says.

The initial $32 million the foundation hopes to raise will be used to purchase the home, restore it to its original condition, create an endowment to ensure permanent preservation and fund programming and operating expenses. More programming and a visitor’s center would be part of a second campaign phase.

With three important house museums (if one includes Clayton, the also-intact though much earlier home of Henry Clay Frick), Pittsburgh would become a critical destination for anyone interested in the history of residential architecture. But even on its own, the Frank House is extraordinary—a living testament to the Bauhaus and its ideals that looks every bit as modern today as it did when the home was built.