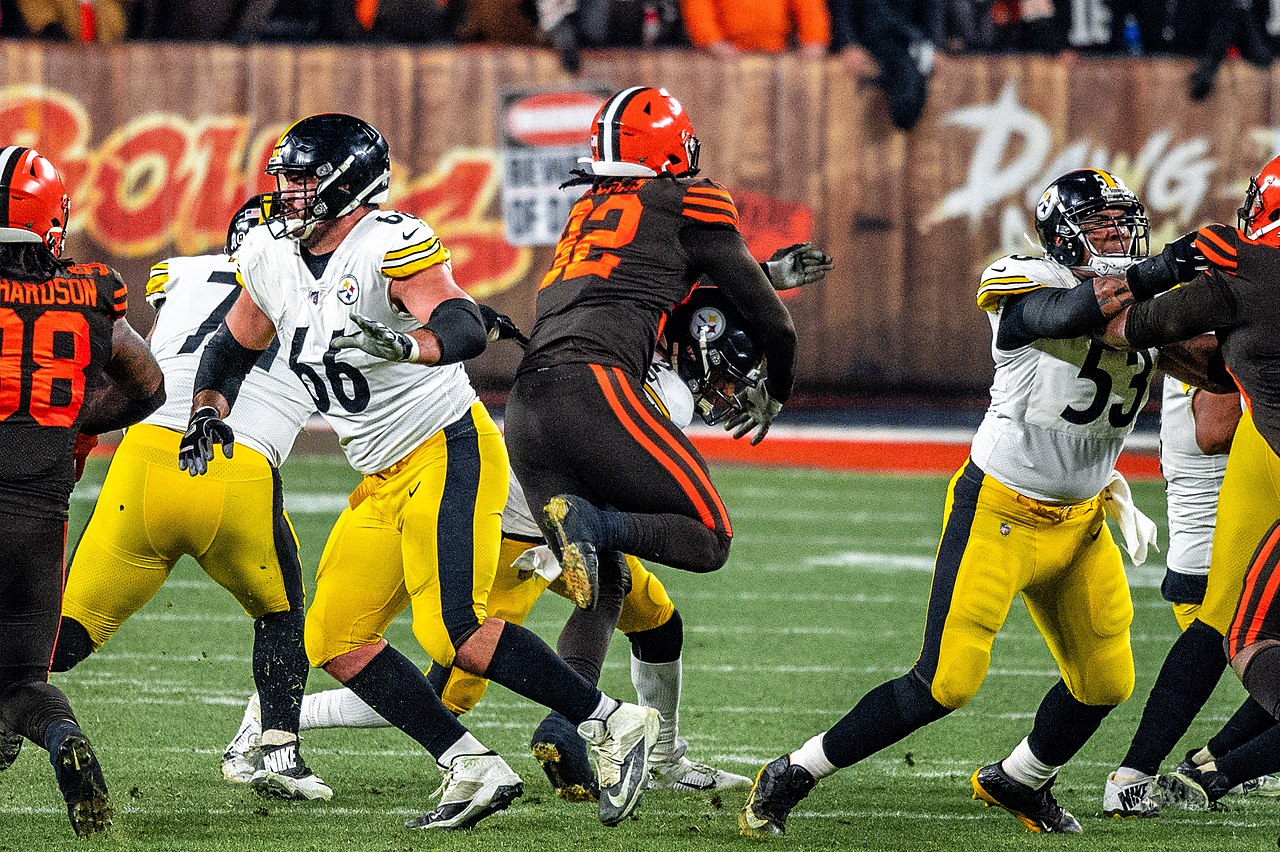 Dedicated to “all the sons who watched their first Steelers-Browns game with their fathers,” The Turnpike Rivalry: The Pittsburgh Steelers and Cleveland Browns ($24.95 Black Squirrel Books) is a sure thing, sparking nostalgia in even the most hardcore of these cities rabid fanbase. Penned by father-son duo Richard and Stephen Peterson, the book takes it to the house, bringing needed perspective on these twice-yearly tilts. For those Yinzer’s who can recall the bleak days of SOS (Same Old Steelers) throughout the 1950’s and ‘60’s, it might be tough recalling how good those Brown’s championship teams were, led by Hall of Famer’s Otto Graham and Jim Brown. The same might be said of those Clevelander’s who had to bear the Steeler’s dynasty of the 1970’s, when the pendulum finally swung the other way.

The elder Peterson, a professor emeritus of English at Southern Illinois University, has previously focused on the Pirates, writing well-received books on Roberto Clemente and Willie Stargell.  His previous collaboration with teacher and screenwriter son Stephen, The Slide, was a deep dive into the dysfunction that has mostly plagued the Pirates since their most recent World Series.  The solid writing and analysis continue as they turn their focus to the gridiron, using encyclopedic synopsis of seasons and decades of the NFL’s most compelling rivalry. A quote from former Brown’s coach, the despisable and brilliant Bill Belichick sums it up well. “When I came to Cleveland, I heard the Pittsburgh game was a matter of life or death.  But I soon found out it was more than that.”  Indeed.

As Rust Belt cities that relied heavily on steel and manufacturing, when the bottom fell out on those industries in the ‘70’s and ‘80’s, football became a large part of their identities. Another Browns coach, Sam Rutigliano, put it best when he said “Pittsburgh and Cleveland are almost clones. From an ethnic, from a historical, and from a traditional standpoint—with the tremendous diversity and the people who follow those teams for years.  They’re very much alike.”  Unfortunately, it’s also been true that the teams are rarely ever good at the same time.

The Turnpike Rivalry is at its best when it unearths pithy quotes from both sides and lends insights into the teams’ historical trajectories and pivotal moments. Readers will gain important considerations of The Chief’s misguided but big-hearted willingness to hire friends as well as Paul Brown’s innovations, taking readers through the fortune changing that emanated from Immaculate Reception, and “The Drive.”  Though the Super Bowl celebrations eluded the Brown’s “Kardiac Kids,” we get the genesis story of the “Dawg Pound” as well as the skullduggery of Art Modell moving the team to Baltimore in 1995, cratering Cleveland in ways that even the most rabid of Steeler fan could sympathize.  With the expansion Browns returning in 1999, it spoke volumes that until recently, Steeler’s QB, Ben Roethlisberger, an Ohio-native passed over in the draft by the Browns, had more wins in Cleveland than any of the Brown’s QB carousel managed on their own home field.

“I don’t know how you endure this year after year,” writes longtime Cleveland sportswriter Terry Pluto, of the suffering imposed by the expansion Browns.  It’s a reminder that true fans stick with their team in the hopes that even the most moribund will eventually turn things around.

The Steelers’ First Great Rivalry: Those Bloodbaths with the Eagles

The Steelers, the Browns and the Uglies

The Unlikely Factors That Led to the Steelers Surge

A Passion for Pasta

All Smiles in Steel City