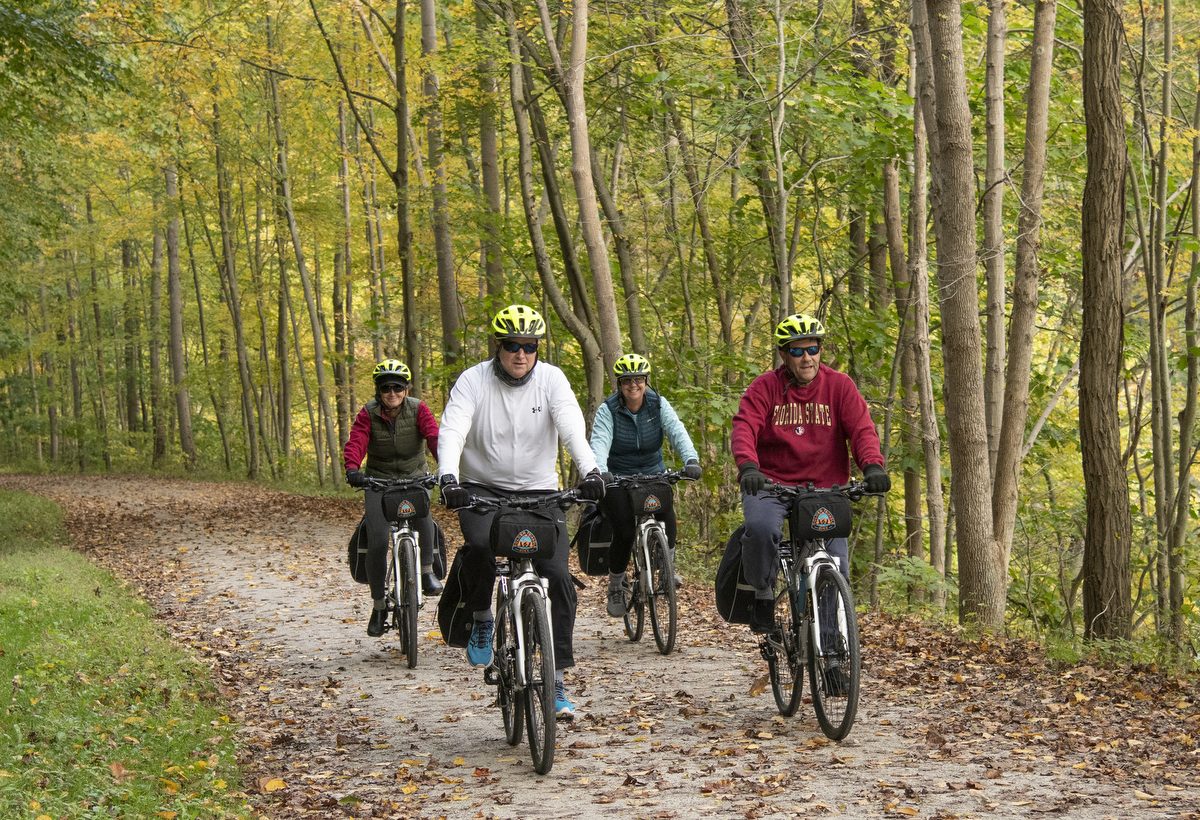 Rob and Nikki Fleming, and John and Tammy Wachter, leave Ohiopyle en route to Confluence on the Great Allegheny Passage. The couples flew from their homes in Tarpon Springs FL to Pittsburgh to ride from Pittsburgh to Cumberland on the Great Allegheny Passage. They planned to make the trip in four days. All images by John Beale.

Rob and Nikki Fleming came with friends from Tarpon Springs, Florida.  Tom and Carolyn Cassell made the trip from Tucson.  And Jeremy Cline travelled from Connecticut.  Each year, bicyclists come to Pittsburgh from across the country and beyond to ride the 150-mile Great Allegheny Passage (GAP).

Last year, that number reached 1.4 million, according to an analysis by Dr. Andrew Herr of St. Vincent College. And the GAP’s 2019 economic impact was $121 million for the five counties it passes through:

Allegheny, Westmoreland, Fayette, Somerset, and Allegany, MD.   It’s estimated that $75 million of the $121 million is direct spending by tourists, who come from all 50 states and 35 countries.

Muthappan Alagappan of Columbus, OH, was riding from Pittsburgh to Washington, D.C. with co-workers from Cardinal Health. It was his first time on the trail and he wanted a long ride. 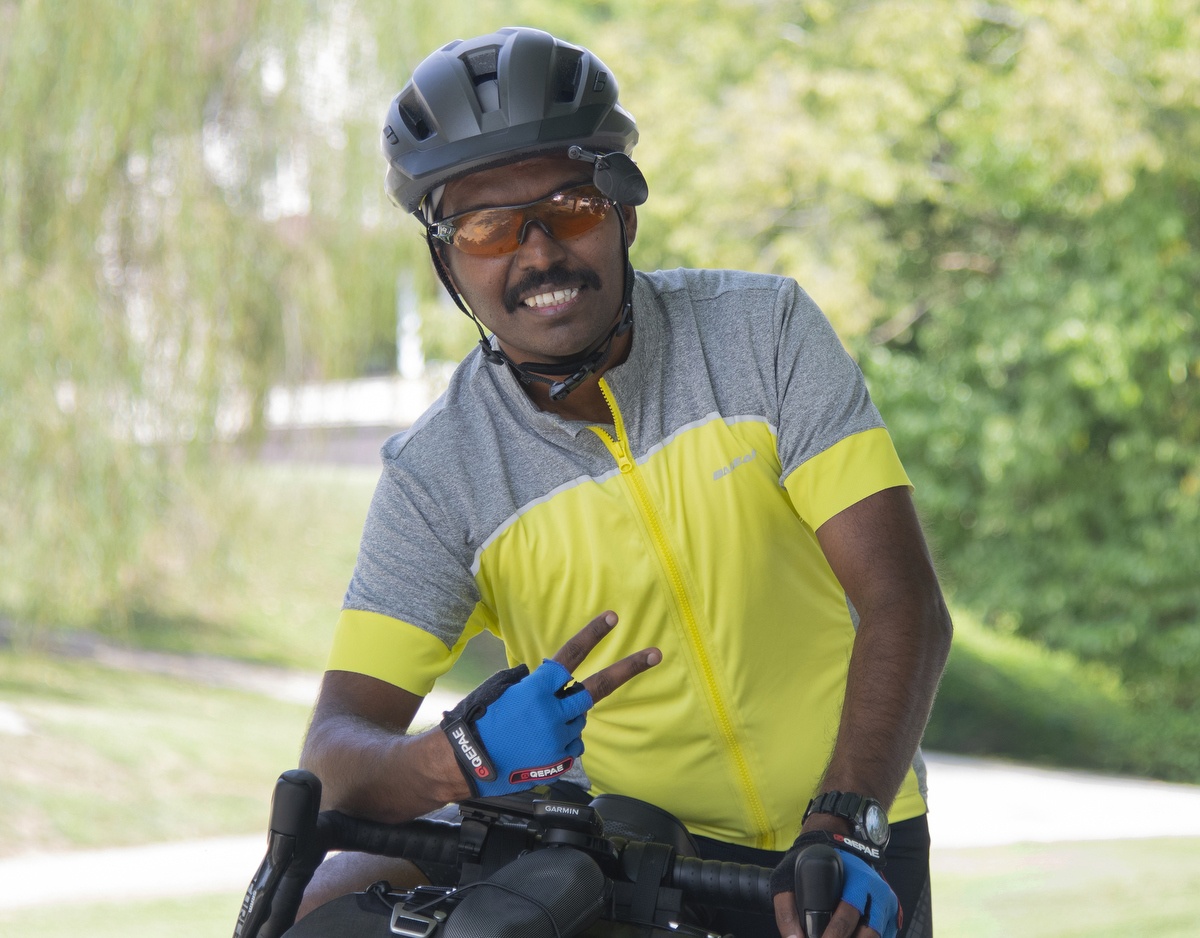 Enjoy Hiking the Improved Trails in the Laurel Highlands