"Of wet and wildness? Let them be left, O let them be left, wildness and wet; Long live the weeds and the wilderness yet." from Inversnaid, by Gerard Manley Hopkins
by Daryln Brewer Hoffstot
2022 Spring
A Farm Life 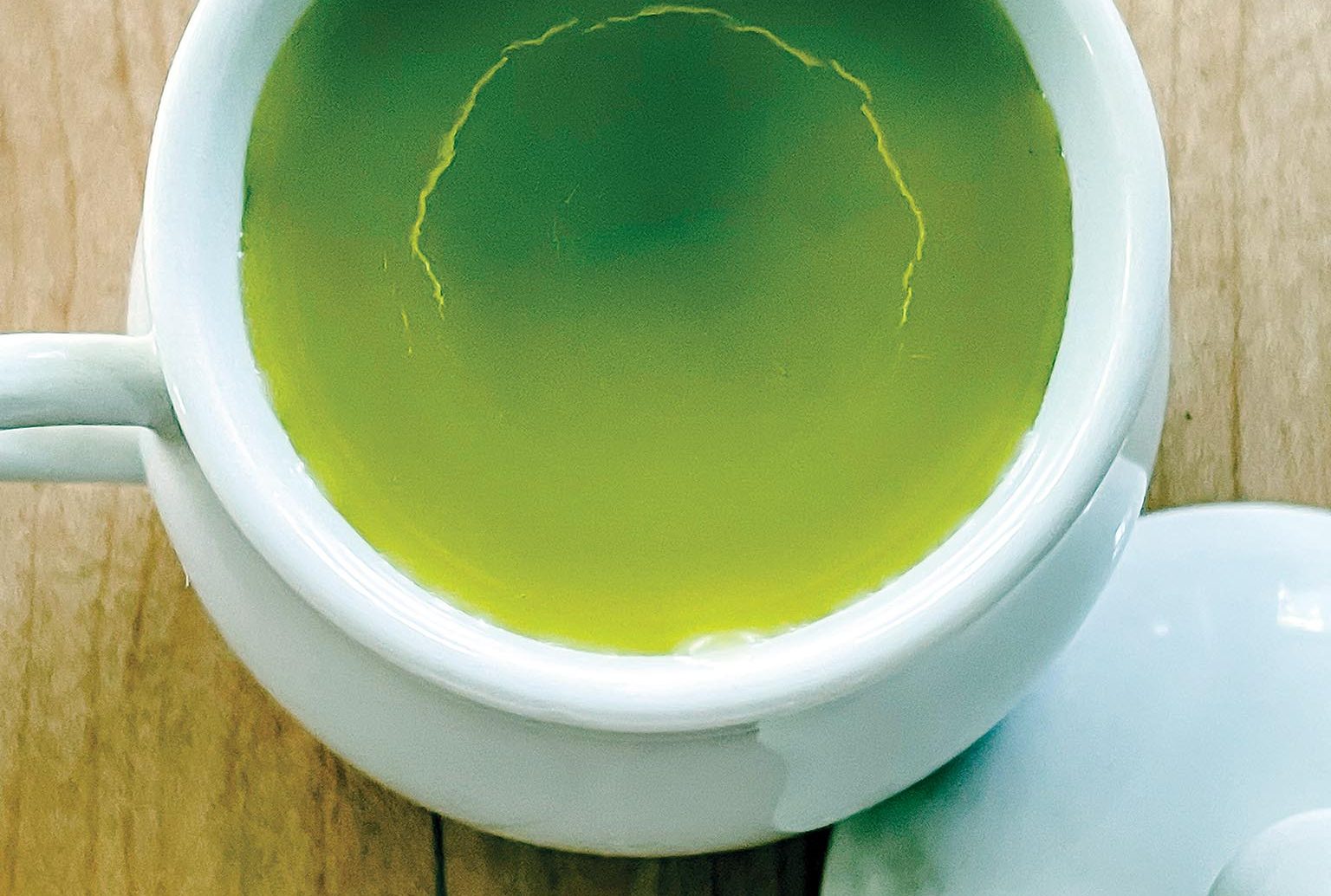 What is a weed?

A plant in the wrong place is a common definition, or as Ralph Waldo Emerson said: “a plant whose virtues we haven’t yet discovered.” But nettles — weeds to most of us — have virtues long discovered.

Samuel Pepys wrote in his diary of eating very good nettle porridge. In Aesop’s Fable, “The Boy and the Nettle,” a boy gets stung, his mother comforts him and advises next time to “grasp it firmly, and it will be as soft as silk.” (The moral? Whatever you do, do with all your might.) Legend has it that Julius Caesar’s troops rubbed themselves with nettles to stay awake during battle.

I too rub my fingers along the plant’s stinging hairs when I hike in the woods near a stream at the far end of our property. But I hope for an anti-inflammatory effect for my arthritic hands — unwittingly imitating a Native American tradition called urtication, or whipping oneself with nettle branches for arthritis relief. Sadly, I’ve had no analgesic benefit; only pain and relentless itching, massaging my hands to soothe them — all the way home.

Calyx Liddick, an herbalist and ethnobotanist at Northern Appalachia School of Vitalist Herbalism and Ecology in south central Pennsylvania, has had success with urtication, but said for me to see positive results, I might have to ingest 1-2 cups a day of a nettle infusion and perhaps use other herbs as well. “One method may work better for one person than another,” she said.

An arthritis remedy is only one of nettle’s many medicinal uses, which, according to the American Botanical Council, was used by ancient Egyptians for arthritis and back pain, by Greek physicians such as Hippocrates (460-370 BCE) for more than 60 ailments, and has been a folk remedy since ancient times, treating gangrene, tumors, dog bites, allergies, kidney function, chronic fatigue, bladder inflammation, broken bones, and a host of others too long to list. Nettles aren’t just a folk remedy, either; clinical studies have looked at nettle’s effect on benign prostatic hyperplasia, diabetes, osteoarthritis, urinary tract infections, and hay fever. One double-blind trial of patients with osteoarthritis, rheumatoid arthritis and ankylosing spondylitis found urtication resulted in decreased disability and pain.

Pennsylvania has three types of nettle — our native wood nettle (Laportea canadensis) and two species of Urtica, or stinging nettle: the native Urtica gracilis and non-native Urtica dioica. (Urticaceae, the family name, is from the Latin urere — “to burn.”) Wood nettle and stinging nettle are generally 2-6 feet high, with serrated leaves and inconspicuous greenish flowers — but wood nettle leaves are alternate whereas stinging nettle’s are opposite. Wood nettle is usually found in rich soil in the woods and stinging nettle in “waste places,” where the ground has been disturbed, such as roadsides, ditches, fields, and riverbanks. To further muddy an already confusing botanical classification, both plants have tiny, stinging hairs called trichomes, meaning that wood nettle, while not called stinging nettle, stings too.

One person’s weed may be another’s medicine — or food. Nettles are one of the first plants to come up in spring — March or April in western Pennsylvania — considered a “spring tonic” or blood cleanser. Tender, young shoots are best for cooking, and while many advise not to pick nettle barehanded or to eat the plant raw, some experts I spoke to do exactly that. In Dorset, England there’s a yearly raw nettle eating contest, where, in 2019, the male and female winners ate, in one hour, 52 and 34 feet respectively. The winner, from best I can discern, gets a trophy, bragging rights, and an upset stomach.

I wore gloves when snipping stinging nettle leaves near our pond, then stir-fried them like spinach — once dried or cooked, nettle loses its sting — and brewed nettle tea. Recipes are easy to find for nettle soup, pesto, pizza, ravioli and frittatas. I’ve made nettle salve by drying the leaves, soaking them in olive oil, and adding melted beeswax. To nourish the plants in my vegetable garden, I’ve concocted a nitrogen-rich nettle fertilizer. The plant has been used as a dye, livestock feed, and its fibrous stems made into loincloths, WWI uniforms, sails, rope, fishnets, baskets and bow strings. If that’s not reason enough to cherish a patch of weeds, 101 uses for Stinging Nettles, by Piers Warren, gives other uses, such as treating head lice, melancholia, and scurvy.

“I don’t know any herbalist who doesn’t love nettles,” Liddick said. “Nettles are one of the most nutrient dense herbs that we have.” The plant is full of vitamins, minerals, and antioxidants, and she finds it “way tastier than spinach.” There can be contraindications, however. People who take blood thinners should not take nettle, she said, because it’s high in Vitamin K, nor those with obstructive urinary stones “because nettles have a tendency to flush the urinary tract out — great for preventing infections, not great if there is a blockage,” she said. “Of course, always check with a doctor before eating.”

Since most people regard stinging nettle as a weed and want to eradicate it, Liddick gets the non-native Urtica dioica for free. “There’s all this hate surrounding invasive species,” she said, but offered a solution: “Use them!” Pulling the weed won’t harm the environment, harvesting helps keep the numbers in check, and doing both makes us better stewards of the environment. “I can’t advocate enough for people to get to know the invasive species and weeds around them.”

“It’s a cliché, but you feel it before you see it” was the answer I got from Adam Haritan when I asked him how to recognize nettles in the wild. Haritan is a forager and educator whose Allison Park, PA company, Learn Your Land, teaches classes on plant, tree, and mushroom identification. Haritan prefers to eat nettles early in the season when the leaves are just unfurling. He pinches off the shoots and the tender tips of leaves, bare-handed, then eats them raw. “If you fold it like a taco, you probably won’t get stung,” he said. He’s found relief from allergies by sipping tea or a tincture of nettle and vodka.

Nettle’s new growth is vibrant green, tinged with a bit of red or purple, and the plant “looks like mint,” he explained. “If you look closely, you can see the tiny stinging hairs.” Keep in mind when foraging, he said, to “learn whether or not a plant is native. Is it prolific or endangered? Ask yourself what impact you’ll have by harvesting this plant.” He agrees we need to appreciate the plants in our backyards. “I don’t think we give the land we live on enough credit. We always want to go to exotic places.”

Botanist Steve Grund from the Western Pennsylvania Conservancy explained that the hairs on stinging nettle are like tiny pipettes with round caps at the tips. When the plant is disturbed, the cap breaks off, the hair bends, and “squeezes acids or hormones up the hair and into the skin.” Debate exists whether the irritant is formic acid (which gives ants their sting), histamine, serotonin, acetylcholine, tartaric, oxalic acid or a combination. “We know some of the chemicals that are in there,” he said, “but no one has really narrowed it down or determined which or what combinations are responsible for the skin reaction.” But if you do get stung, Grund has an antidote: Jewelweed, a succulent, 2-5 feet high, with bright orange flowers, and which often grows near nettle. Squeeze the sap from the stem and rub it on the sting. Native Americans also use jewelweed as an antidote for stinging nettle and poison ivy; Liddick uses dock and plantain as well.

If you can’t identify a plant in your woods, don’t assume it’s not important for wildlife, Grund said. “If we want to protect our native species, we have to protect their habitats. Learn to appreciate the weed that stings, learn what it’s good for.”

The weed that stings is an important food source for butterflies and moths in Pennsylvania, according to Pete Woods, inventory ecologist for the Western Pennsylvania Conservancy. Nettles are the only host plant used by caterpillars of the Mulbert’s Tortoiseshell butterfly and a primary food source for caterpillars of the Red Admiral butterfly. The plant is one of several used by the Eastern Comma and Question Mark butterflies. Pennsylvania has two moths that eat only wood nettle: Large Hypena and the Sordid Hypena. “Even though people love to hate nettles, they have an important role,” Woods said. “Not every plant has this many creatures that specifically depend on it.”

I’ve never known a fellow who had “a favorite gall,” as Woods does, but his favorite gall grows on wood nettle, which he described as a “translucent, round, green jewel,” inside of which is a fly larvae. The fly that makes that gall, Dasineura investita, was only described in 2016, he said, so has no common name yet. Another gall, this one fuzzy, Dasineura pilosa is specific to wood nettle also.

Why not have a truce, then, with the weed that stings? Praise its virtues, take advantage of its many attributes ­— for free. Shun commercial fertilizer, reject spinach from a factory farm, promote wildlife, try an alternative remedy. This spring, I’ll go into the woods, pluck a cup of nettle’s new growth and infuse the leaves overnight in a quart of not-quite-boiling water. In the morning I’ll strain the liquid, heat it, sip a nettle infusion, and hope for less pain…

O let them be left!

Long live the weeds and the wilderness yet.

Counting Your Chickens During COVID

Trying to Save a Horse