↓ Skip to Main Content
Search
Home › Article › The Cicadas Are Back

“I think they’ll miss the party,” said John Wenzel, director of Powdermill Nature Reserve when I sent him these photographs of a cicada nymph shedding its skin. The nymph hatched too early, he told me, and will have difficulty finding a mate. 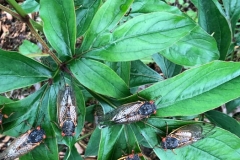 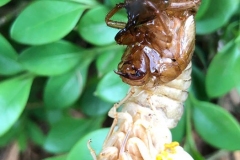 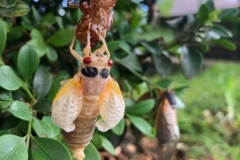 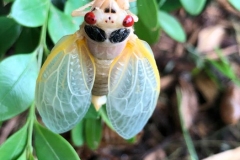 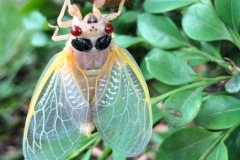 No doubt my photos were commonplace to an entomologist, but I had never seen such a performance. I came upon hundreds of cicadas on the lilac branches while I was pruning, then noticed them on the peonies and the hydrangea. But when I spotted one hatching on the boxwood, I was transfixed, put down the garden tools and began taking photographs.

After seventeen years, the cicadas are back in Westmoreland Country.