↓ Skip to Main Content
Search
Home › Article › After A Pitcher of Beer at Antlers Pub, I Believed I Was Brave

After A Pitcher of Beer at Antlers Pub, I Believed I Was Brave 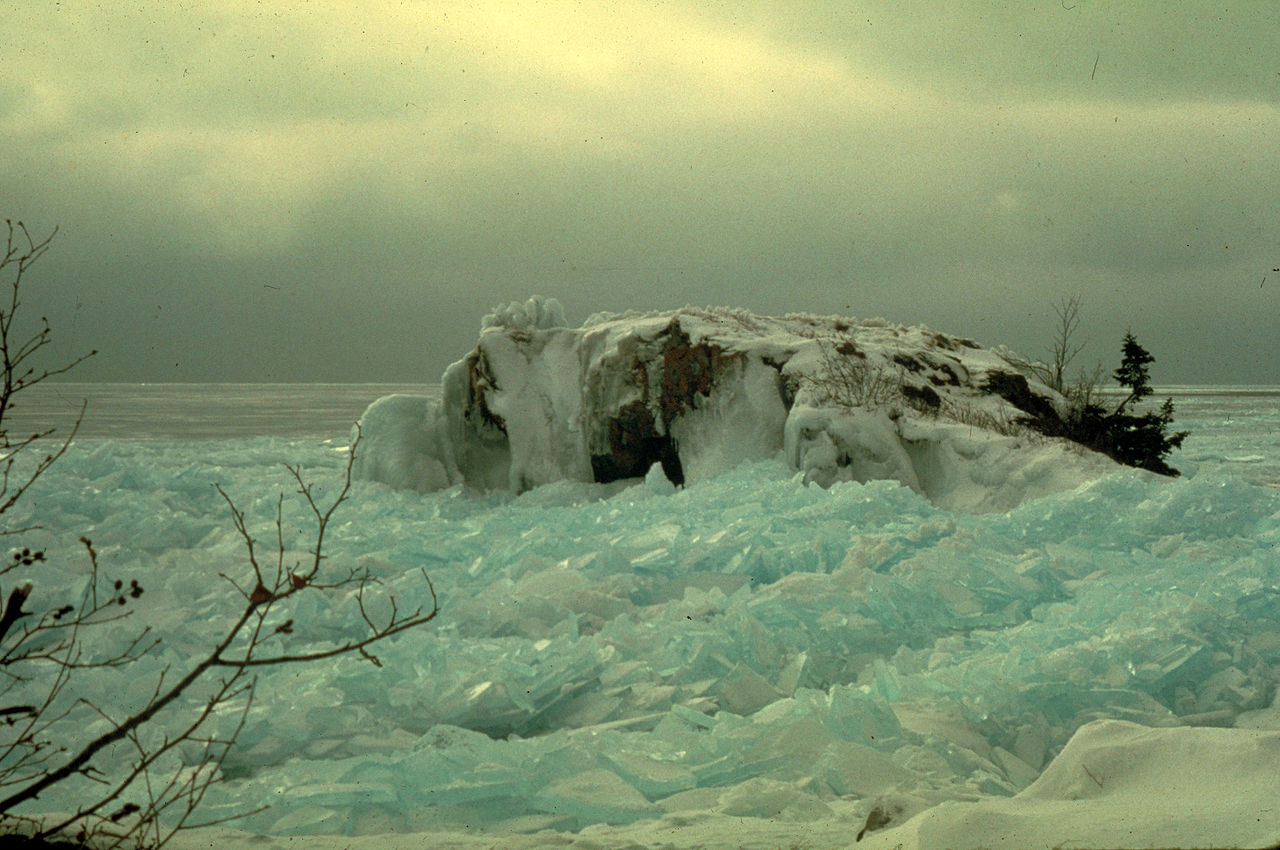 Ice on North Shore of Lake Superior in Minnesota; taken by Jeff Gunderson, from the Great Lakes Image Collection.

After A Pitcher of Beer at Antlers Pub,
I Believed I Was Brave

And walked with my friend Mike to the State Street Pier.
Mike was funny, a good drinking buddy, and fearless.

He pissed from the edge of the pier, then pole vaulted
over the railing and landed hard with both feet,

right on the lake below. He skidded
on the ice and pretended he was surfing.

He jumped up and down. He did a little dance.
“What are you afraid of?” he said.

If he asked me now, I would say, “Everything,”
but I was young and we’d been drinking

and I didn’t want to spoil things.
I climbed over the railing.

I put one foot, then the other on the ice.
I took two steps onto the lake and stopped.

I waved at Mike and tried not to look worried.
Mike laughed and did his best Village People.

He spelled out Y-M-C with his arms
and waved at me to add the A,

but instead I held still. I looked out
in the direction I thought was Canada.

was most likely Ohio.
Canada seemed exotic and far away.

Year later, I’d join the airlines
and see the world and not like the way

they promise in the Army. Mike would join
the Army. Neither of us would get the dream

we’d spend many other drunk nights dreaming –
a houseboat off Key West, a life of reading

and drinking and making art.
We didn’t know that then. That night

the ice felt sturdy. I felt like a god,
walking on water, though

I didn’t go further
than two steps. Still I knew

what Simone Weil once said,
“If the desire itself is strong enough,

the desire itself will create
the light,” and so I believed

if I really wanted,
I could make it all the way across.

Lori Jakiela is the author of the memoir “Belief Is Its Own Kind of Truth, Maybe“ and several other books. She directs the Creative & Professional Writing Program at The University of Pittsburgh-Greensburg.

In the Used To Time

You in the Mountains

For the Small Hairs on My Ears