“Where, twisted round the barren oak,
The summer vine in beauty clung,
And summer winds the stillness broke,
The crystal icicle is hung.”
—From “Woods in Winter,” by Henry Wadsworth Longfellow 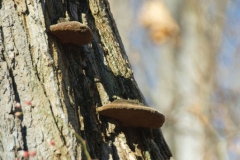 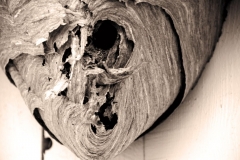 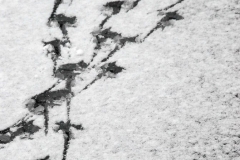 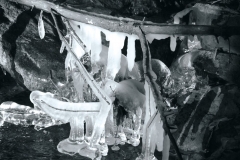 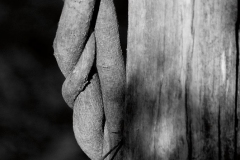 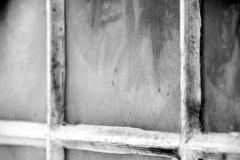 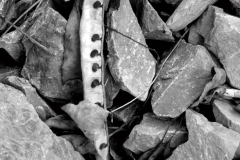 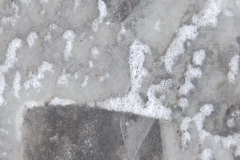 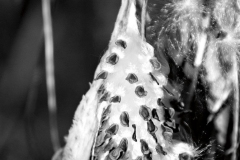 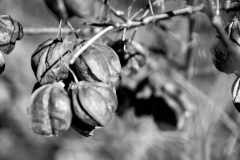 Walking our woods in winter, I see the natural world differently than in the warmer months. Distracted by neither color nor blossom, I instead notice pattern, shape, and texture: the swirl of a pinecone, the twist of a wisteria vine, the cracks of ice crystals on the pond, the burst of a drying milkweed. With the world stripped bare, perhaps I look more closely, pay better attention. One thing is for certain—I always come away amazed by the simplest things. As Philip Ball writes in his book, “Patterns in Nature,” “There is a bit of disorder and randomness in the way nature makes its patterns, but the result is close enough to geometric perfection to astonish us.”

Of course these geometric patterns are not really simple. Many have specific names: fractals, symmetries, whorls, spirals, and tessellations, to name but a few, categories applied by philosophers, scientists and mathematicians as a way to create order in our world. Pine cones, for example, are obvious spirals, and like other spirals are arranged in what’s called a Fibonacci series, a geometric pattern first recorded in 1202 by mathematician Leonardo of Pisa. Another easily recognizable pattern is a fractal, defined as a similar pattern occurring on a smaller and smaller scale, which can be seen in a fern or the branch of a tree. There is symmetry in a six-sided snowflake, and while ice on the pond may seem random, Ball states: “Cracks have a jagged chaos that speaks of wild disarray. But even this form recurs in so many different situations that we have to suspect it is the signature of a deeper design.”

To me, it is all rather miraculous, and over the years on my winter jaunts around the farm, I have become something of a pattern hunter, taking photographs as I wander.