Walking the Dog with Dave

Dave has his boss’s dog on a leash. A yippy little black and brown dog the size of a football that is completely oblivious to its unimpressive size, snorting and slobbering its way down the sidewalk near its home on Observatory Hill.

“People keep telling me to get my own dog,” he smiles, revealing a gap in his lower teeth. He’s wearing a black t-shirt with “Malkin” spelled out in Russian, the short sleeves rolled up even further. His wire-frame glasses sit just slightly crooked across the bridge of his nose. “But that’s not the kind of creature I want.”

The type of creature he wants, he finally continues with bravado, has two long legs, long hair and will wrap her arms around him and hug him and love him.

But women, he says, avoid him in droves.

His wife left him after seven years. “She got the itch and scratched,” he says, letting out a short laugh, not like he finds this fact particularly amusing.

The drugs didn’t help matters. He had a thing for downers; a taste he acquired while working as a roadie. One downer was enough. Far too many times, he’d pop two. It was one of the few times a drug had caused him to blackout. And Dave never blacked out after using drugs. He only blacked out when he was drinking.

After his wife scratched her itch, he relied on female companionship to fill the void. He was hurting. His wife had broken his heart. And his friends, well, their relationships weren’t so hot either, so they helped each other see whatever bright side there was.

His friend Barb had to take out a second mortgage to pay all the bills after she had a stroke and her husband had his knee replaced. “You’re like my second husband,” she’d laugh as Dave did odd jobs around her house for which he was paid in homemade cookies. She gave him three dozen oatmeal raisins at Christmas one year, which were so unbelievably moist that when he finally ate the last one a month later, it was as fresh as the day she made them.

But the drugs, man—they just messed everything up. He was highly sensitive to some. Like the one people like to use all the time…that one…you know, everyone loves it…

“Ah, morphine,” he finally remembers. They had given him morphine while he was being treated for leukemia. He couldn’t stand it. It made him itch all over. 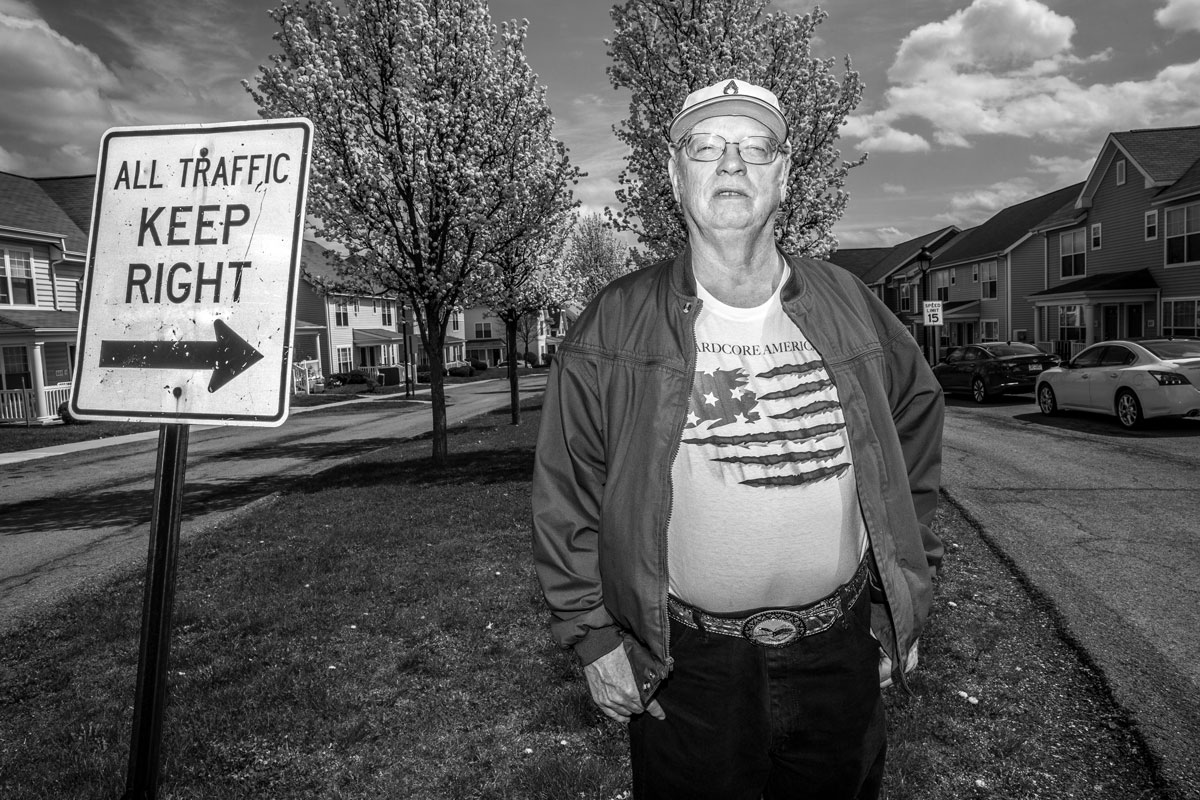 Dave used to have a good job. He put 17 years in at Lockhart Steel in McKees Rocks, a stone’s throw away from the projects he grew up in. When that ended, he was hired by USAir as a caterer. “Useless Air,” he grins.

His job catering for Useless Air was just the best. Until he was accused of not stocking a cart properly. Which he didn’t take too kindly to. And his manager didn’t appreciate the argument.

“Dave,” the manager began. “See that door? Don’t let it hit you on the way out.”

That was 2002. Eighteen years to the day that he had been hired.

He misses that job, misses the free air pass especially. Because if he had it, he’d use it to fly down to South Carolina and offer his friend a shoulder to cry on, because her boyfriend recently did her wrong.

Because now there was no way he could fly down to South Carolina and console his friend. He didn’t have enough money to buy an airline ticket and buying your own airline ticket was never as enjoyable as riding for free anyway.

Instead, he’ll call his friend in South Carolina. Make sure she knows there is someone out there who cares about her, someone who would never do her wrong.

“I want to make sure she knows she’s loved,” he says as the dog begins to pull him down the street. “So, you know what I says to her every time we get off the phone?”

He pauses for effect, lopsided grin spreading across his face. “I says, ‘Who loves you, baby?’ And that’s how she knows someone cares.”