On September 12, 2019, The UPMC Hillman Cancer Center Gala “Illuminated by Hope” celebrated advancements being made in cancer research and treatment and recognized supporters. The sold-out event included nearly 900 of the region’s leaders and longtime UPMC Hillman supporters who are responsible for raising millions of dollars to support the scientists and clinicians at the region’s only National Cancer Institute-designated Comprehensive Cancer Center. 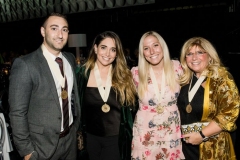 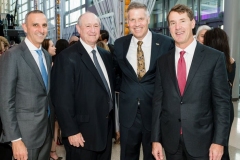 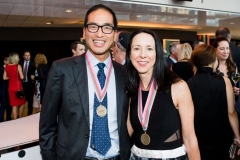 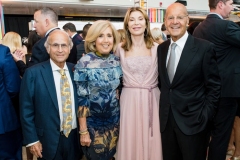 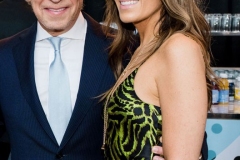 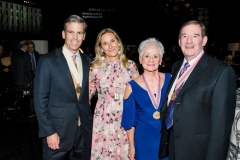 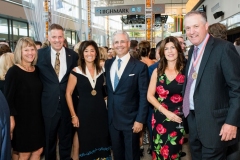 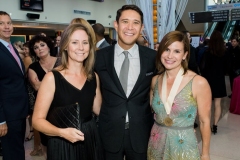 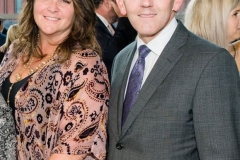 The gala began an annual effort to secure critical funding for patient care and cancer research, including more than 500 clinical trials, that take place at UPMC, the University of Pittsburgh and throughout the UPMC network of more than 60 cancer centers.

“At UPMC Hillman, the combination of the financial support and our outstanding team is part of what makes us more than just a cancer center,” said Stanley M. Marks, M.D., chairman of UPMC Hillman Cancer Center. “We are more than that to our patients, their families and our community, and we are so proud that UPMC was recently ranked 7th in the nation for cancer care by U.S. News & World Report. That distinction is a testament to the way we put patients first. Every time. And you help us do that.”

The 2019 PNC Elsie Hillman Distinguished Scholar Award, created eight years ago by PNC to honor exceptional cancer researchers, was presented to Dario Vignali, Ph.D., leader of the Cancer Immunology Program at the University of Pittsburgh School of Medicine. Vignali and his team of technicians, graduate students and postdoctoral fellows in the Vignali Lab focus on the science of understanding how the immune system tackles infection to transform the way cancer is understood and treated.

“Cancer research can no longer depend upon federal funding alone,” said Robert Ferris, M.D., Ph.D., director of the UPMC Hillman Cancer Center. “Because of the support we receive throughout the year and from those attending this event, we are able to expand the boundaries of medicine to train the next generation of scientists and make new discoveries that change the way we treat cancer to make an impact on patient care.”

Philanthropic support also was highlighted as being responsible for the success of the Hillman Academy, a unique eight-week program that accepts students as young as 15 years old who are interested in pursuing a career in the STEM fields.

“Because of the generosity of many of the people, foundations and corporations supporting this gala, all Hillman Academy students attend this exceptional program tuition-free,” said Ferris.

Honorary chairs of the 2019 gala were Millie and Lou Cestello, along with co-chairs Ramsey and Mike Lyons and Barb and Gary Bowser. Entertainment was provided by Grammy Award-winning trumpeter Chris Botti, the largest-selling American instrumental artist.

UPMC Hillman Cancer Center is focused on treatments for all types and stages of cancer, with an emphasis on personalizing cancer care to ensure that each patient receives the most appropriate prevention, detection and treatment strategies.