In a region where coal was once king, nearly half of the electricity consumed today is generated from non-carbon sources. Yet, wind, solar and other renewable sources claim a tiny fraction of the local energy portfolio.

An estimated 49 percent of the electricity consumed locally was from carbon-free sources in 2014, for example. Most was nuclear-generated. In fact, only 1.6 percent of locally consumed electricity was from renewable sources, according to an analysis of U.S. Energy Information Administration data performed by Ethos Collaborative and Fourth Economy Consulting.

Production and consumption data suggest that most of the electricity generated in the region from non-carbon sources is consumed locally. 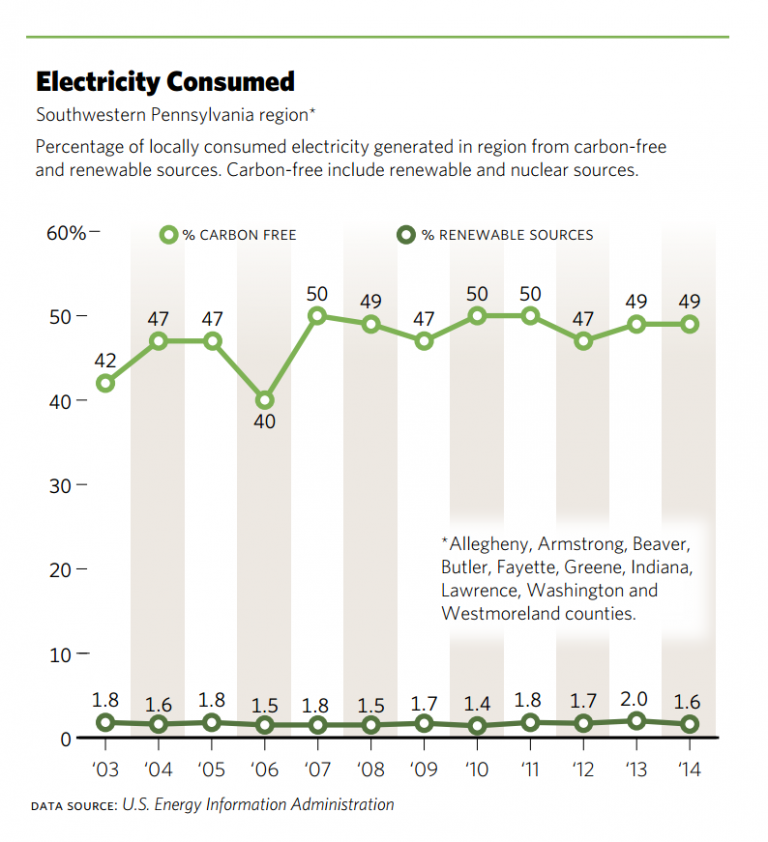 Southwestern Pennsylvania is a major energy-producing region generating more than three times more electricity than is consumed locally. More than 80 percent of that production is generated from carbon sources, such as coal and natural gas.

The local renewable production rate is woefully low when compared with the nation as a whole. In 2015, more than 13 percent of electricity produced in the United States was from renewable sources. 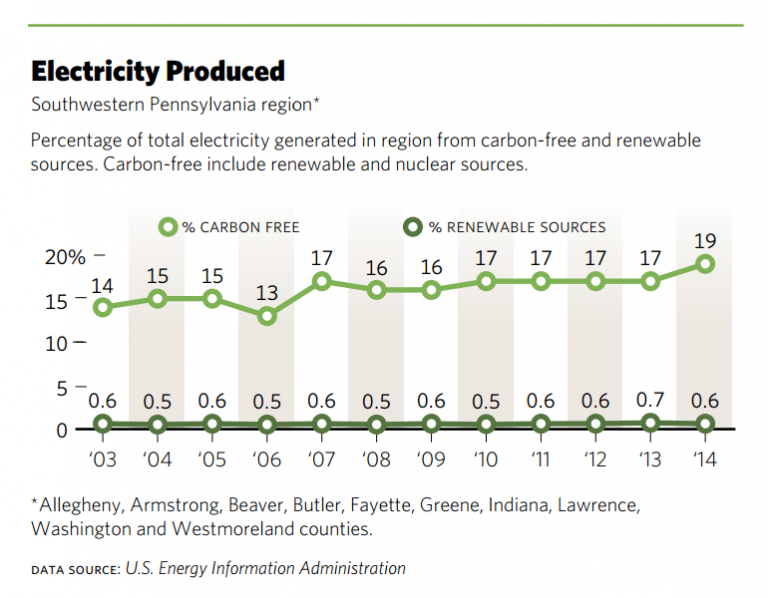