Infant mortality remains a serious public health issue in the region, nation and around the world. Local data, however, is encouraging.

Rates of infant deaths have decreased since 2003 in Allegheny County, where infant mortality has historically been high, particularly among African Americans.

African American infant mortality rates have declined more sharply than the rate in the white population. While the historically wide racial gap has narrowed, significant disparities among races remain.

The infant mortality rate in the African American population is nearly three times greater than the rate among whites, the most recent Allegheny County Health Department data suggest.

And although the infant mortality rate in the white population meets the national Healthy People 2020 goal of 6 or fewer deaths per 1,000 live births, the rate in the African American population falls far short. 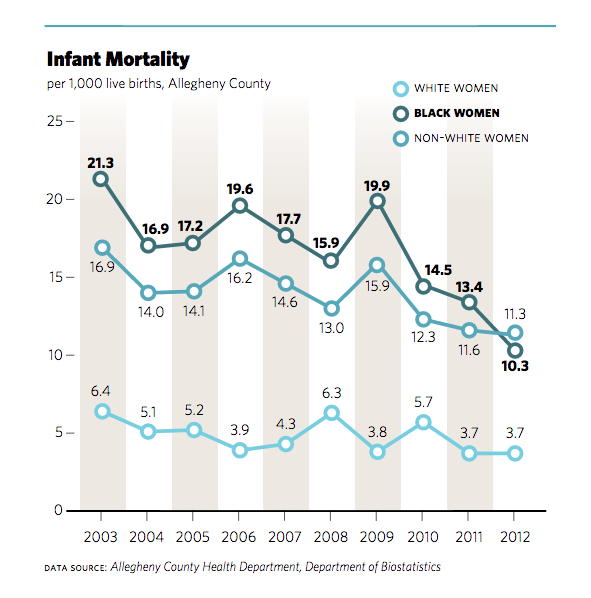 Several factors are known to increase the risk of infant death. One of the most serious is low birth weight. The rate of low birth weight births – between 3.3 and 5.5 pounds – decreased slightly from 2008 through 2012 in Allegheny County, the most populous county in southwestern Pennsylvania.