Dinners plus two daily sides and bread…$6 each reads the inner page of a card-sized, laminated menu.

The bread comes from Mancini’s, “Proudly Served” according to the banner hanging from the ceiling. 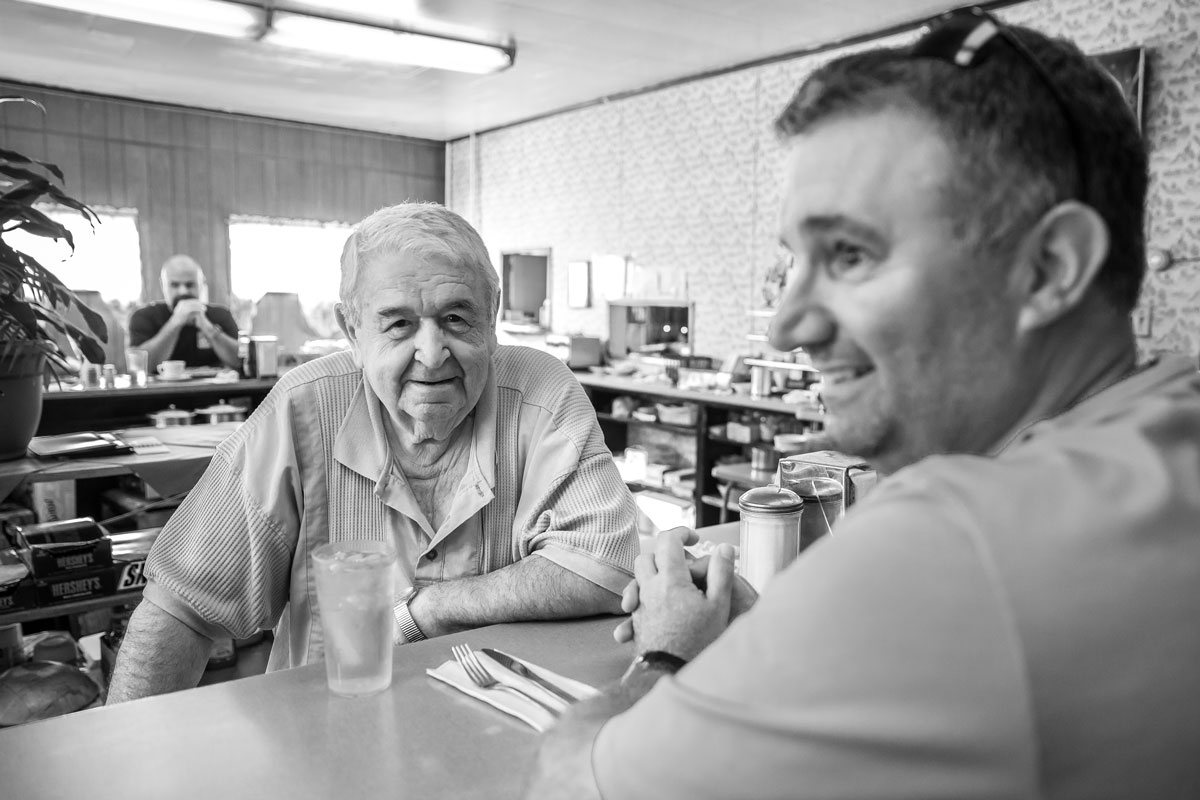 Gino has been operating his namesake restaurant at the corner of First and Grand avenues on Neville Island since 1954, when his customer base included 4,000 hungry workers from the plants and loading docks that dotted the streets. Breakfast, lunch, dinner: everyone came to Gino’s.

Things have slowed down since all those plants downsized or closed their doors. He isn’t open until 10 p.m. anymore. After the morning rush of loyal patrons, by noon on a Friday not many people remain seated at the red, U-shaped Formica counter, or in wooden booths with metal coat racks bolted to the sides that line the wall. People still trickle in, though. When they do, they want to know the specials.

“Everything is special,” he replies.

“No work tomorrow,” he says, shaking his head. “We take it easy tomorrow.” 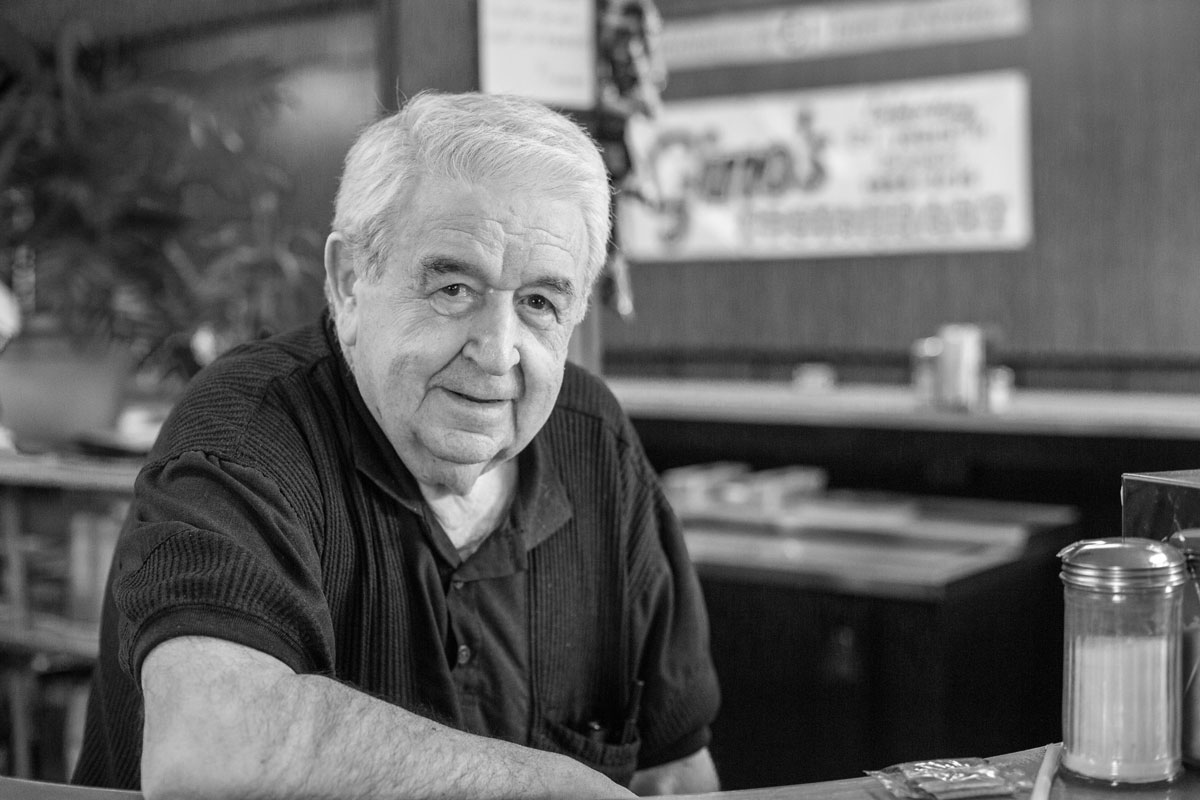 Gino has been working for most of his life, an age he keeps shrouded in mystery behind a mischievous smile. “If you can guess it, you get a prize,” he laughs.

So he came. And when the boat pulled into Ellis Island, “I was the only one on this side,” he says proudly, gesturing. “Everyone else on other side.”

Gino was on this side because his father was an American, spending the past few years shuttling between the two countries before laying down roots in Coraopolis.

So that’s where Gino went. This turned out to be a good thing. He met his sweetheart Vi, here, and married her in 1954. The same year his brother-in-law, a real estate salesman, told him about the restaurant at the corner of First and Grand.

Gino had peeled a lot of potatoes while serving in the Korean War. There was no good reason why he couldn’t peel them for the people on Neville Island.

It’s served him well over the past 61 ½ years: breakfast, lunch and dinner to all those hungry workers. Even now with things having slowed down, people still come in for the $4.00 Cheeseburger, $3.75 Cold Meatloaf Sandwich, $2.00 Egg Sandwich, or $3.50 Hot Cakes and French Toast. They come in because they’re curious about the fading neon sign hanging outside that promises home cooking. They come in to talk to Arlene, who’s been waitressing here since May 22, 1980 and has watched her customers grow up and have kids who also grew up, all of whom she considers her extended family.

But most of all, people come in to see Gino.

A large, fading analog clock for Royal Crown Cola reads 1:20 pm. Most of the stools at the U-shaped counter are empty now. So are the booths.

Gino needs to begin closing. The weekend is here. He smiles again and produces a white Styrofoam take-home container. “Come back and see me,” he smiles. “You come back and talk to me. Promise?”