↓ Skip to Main Content
Search
Home › Article › And the Artists Are…

And the Artists Are…

Ingrid Schaffner shakes up the International; for the first time there will be more women artists than men.

When Ingrid Schaffner was named the curator of the 2018 Carnegie International (October 13, 2018–March 25, 2019), I had a sense that she would bring a change to this venerable exhibition at Pittsburgh’s palace of culture. Steeped in tradition and history, the show, for the most part, has been on the conservative side of contemporary art and only recently has it moved beyond the U.S. and Europe. 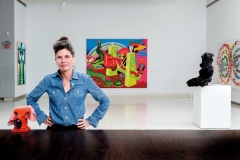 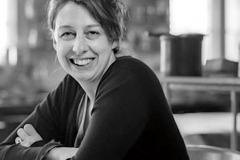 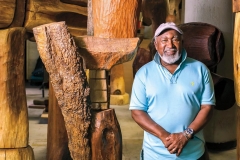 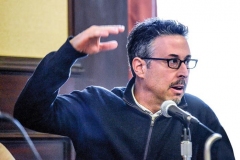 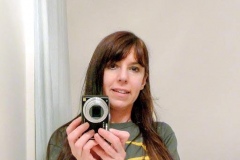 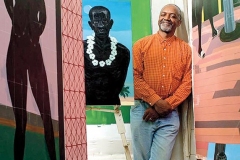 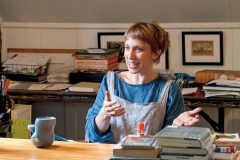 Schaffner is an established curator with a keen intellect and a discerning eye who has developed her curatorial practice outside the big league museums. She has a wide and eclectic range of interests and has explored an exemplary diversity of artists, mediums, and ideas, even organizing an exhibition on the use of puppets in modern and contemporary art and one that mined the history of the Institute of Contemporary Art in Philadelphia where she was chief curator. These projects provided hints for the next International.

She has continued a growing trend, including both place of birth and present residence for each artist, reflecting the mobility of people in the new global politic, conflating roots and routes. Diaspora artists take their place on this stage, expanding the idea of how place can influence an artist, whether the move was forced or by choice.

And, the very definition of an artist is being stretched, expanding beyond the old-fashioned single artist with a unique vision to collectives and collaborations such as novelist Han Kang working with filmmaker IM Heung-soon or medium-bending terms such as a bookmaker working with photographs instead of photographer (Dayanita Singh). There is even an exhibition within the exhibition organized by Koyo Kouoh, an independent curator who traveled with Schaffner during her search for artists. Shows within shows have become more popular recently, frequently curated by artists, an approach Schaffner has used previously.

There is also an increased emphasis on the local with the inclusion of Pittsburgh artists and a couple of projects based here. Schaffner has included the totemic sculpture of much-respected Thad Mosley, who had a Forum Gallery show in 1997, and a project by the collaborative duo Lenka Clayton and Jon Rubin, whose conceptual, political and community projects have added to the art scene here (Rubin’s Conflict Kitchen, for example). They are looking at the archives to think about rejected works from the history of the exhibition. In addition, “Dig Where You Stand,” the project headed by Koyo Kouoh, aided by students in the art history department at the University of Pittsburgh, is based on the museum’s collection. The latter two projects harken back to the 1991 show where many works referenced aspects of the various disciplines that comprise the Carnegie Institute with installations spread out into the Museum of Natural History and Carnegie Library. Allan McCollum, for example, recast dinosaur bones in the natural history collection and displayed them in the Hall of Sculpture, drawing attention to the practice of replicating original dinosaur finds so that more than one museum can display the specimens which, in turn, calls into question ideas of originality and the copy. The proposed projects for 2018 continue our interest in the history and practices of the components of Andrew Carnegie’s institution. The Teenie Harris archive will once again be trotted out to “map” Pittsburgh. These efforts will allow visitors to revisit the question of the local and the regional in the company of the international. In fact, Schaffner has stated that one of the ideas explored in the exhibition is what it means to be “international” today.

The names of the artists always pique interest and criticism before we even see the work, and this year’s show repeats that pattern with both some of the usual suspects as well as a few surprises. Kerry James Marshall is having a banner moment, with his exalted retrospective, but his inclusion in the International allows him to revisit a project done for the 1999-2000 show. Almost 20 years later, his comic Rythm Mastr, starring black characters largely absent from the comic book tradition, has evolved in format, content, and references to race issues. The Carnegie presents a great opportunity for Marshall, though I, for one, would prefer to see some of his important paintings.

Mel Bochner, a CMU grad with an important wall drawing in the museum’s collection, is also included, partially as a correction for past oversight. (There’s an idea for a future show: artists who should have been included in this exhibition. Or perhaps it could be a contest, reflecting the popular prize, voted upon by museum visitors, in the past.)

There are those with whom Schaffner has worked previously, such as Karen Kilimnik, Joan Jonas and Bevery Semmes: artists who have had many fans over the years while remaining somewhat on the outskirts of the mainstream. The overall list, including artists at all stages of their careers, tilts toward conceptually based artists, including feminist artists. It is full of promise, but of course the final proof will be in the installation. Choosing artists, in some cases, is a leap of faith; a curator believes in their work enough to trust them to come through with strong work, but there are always surprises.

Schaffner has opened the door to her way of thinking with annual lectures, ongoing programs, and travelogues and stories on the exhibition’s website. It remains to be seen how these activities manifest in the show and how Schaffner’s own vision comes through, but certain things are already clear. This version of the International has the fewest artists ever, whether due to a tight curatorial focus or budgetary restraints. There are more shes than hes, and over half of the artists hail from the U.S., though that includes a number of diaspora artists now living here. European-based artists are few, but Africa has become a new area of interest, with the rest of the artists working in Asia, South America and the Middle East.

A number of research and/or archive projects will continue the museum’s desire to mine its own history, attempting to put the thousands of artists involved, the numerous curators, the financial pressures, the critical and public response into perspective. Every addition to that history enlightens audiences about the importance of such a show, how it is organized, what influences are brought to bear, in other words, the reality of this project.

Having worked on and/or viewed every International since 1982, I understand the ins and outs, the ups and downs, the realities and the fantasies involved. Obstacles and serendipity play a role, even with the best-laid plans, so no one can predict the final result. I also know that opinions, especially mine, are conditional and will change once the show is up and with every viewing of it. That is the luck of a Pittsburgher: We get to see the show many times over several months before coming to our informed opinion.

Releasing the list initiates our response to the show, raising questions that will perhaps revolve around Schaffner’s query about what it means to be international at this point in time. Now we wait for answers.