↓ Skip to Main Content
Search
Home › Article › America in a Trance: An Observation of the Fading American Dream

America in a Trance: An Observation of the Fading American Dream

About two decades ago, my father moved to Scranton, Pennsylvania, which was my second experience with the United States. In the late 70s, he journeyed from Greece to New York City to work on his post-graduate studies, which evidently led him to the Keystone State. Living in Pennsylvania and traveling through its cities and towns, long before I picked up a camera, helped shape my perception of what America is, or isn’t. 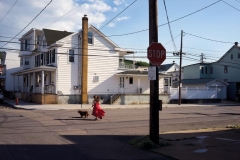 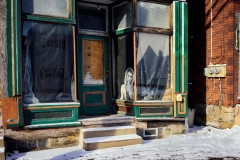 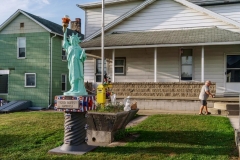 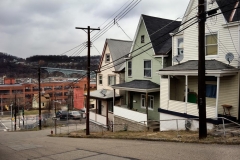 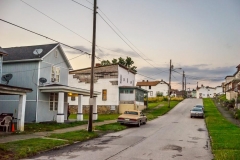 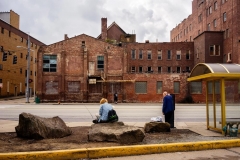 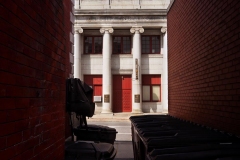 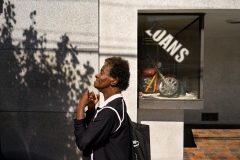 I started working on “America in a Trance” (published by Damiani, selections shown in the photo gallery above) in 2015 as I traveled across the state of Pennsylvania, a region where the notion of small town values and businesses thrived under the wings of American Industry. A mode to promote American values, industrialism provided a place where immigrants from tattered European countries crossed the Atlantic for a better future. An immigrant and naturalized citizen myself, I had always perceived the U.S. differently, mostly from the Hollywood experience and the adventures of “Harley Davidson and the Marlboro Man.” The transition from Athens to New York City to Pennsylvania proved to be an invaluable experience—an education about America’s traditions and values, but also its concerns.

This project is an ongoing observation of the fading American dream so typified in the Pennsylvanian landscape but widespread across the United States. My subject choices derive from intuition and the desire to explore the unknown and rediscover the familiar. Through form, light and color, I let the work develop organically and become a commentary of place and self. I am not interested in how things look but mostly on how things feel, with hues and light playing the role of a constituent of hope. The work is a product of love for both the state and country I have called home for the last two decades; it is not meant to be political but rather about the experience of being there.

While my interest is not in the depiction of desolation, at times it becomes necessary to the narrative. I search for images that reflect, question and interpret life in the towns and cities across the Keystone State. My interest is in the vernacular and the inconsequential, that which becomes metaphorical and a connotation to a personal visual anthology for both the photographer and viewer.

Learn more about “America in a Trance” by Niko J. Kallianiotis at http://www.nikokallianiotis.com/book.

Niko J. Kallianiotis was born in Greece and is an educator and photographer based in Pennsylvania. www.nikokallianiotis.com