Artistic Director Marya Sea Kaminski wears a mask of the Public Theater’s home, the O’Reilly Theater, and her partner Eric Broeren (who is also the maskmaker) wears the neighboring Theater Square complex. Pittsburgh Public Theater’s “A Masked Affair.” May 17, 2019.

More than 400 people went all out for Pittsburgh Public Theater’s “A Masked Affair,” which took place on Friday, May 17 at the Wyndham Grand Pittsburgh, Downtown. The vibe in the King’s Garden Ballroom was fresh and fun as light poured in to illuminate bedazzled guests mingling during cocktails in their masks. 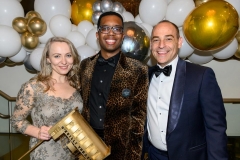 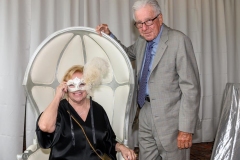 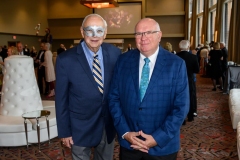 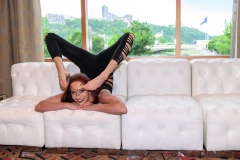 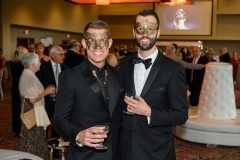 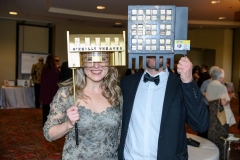 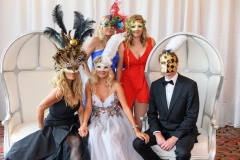 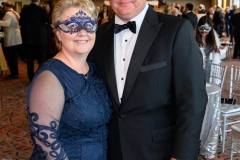 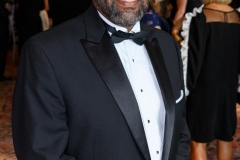 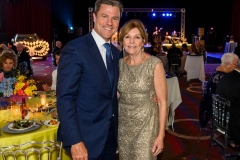 After dinner, auctioneer David Silverman kept the bidding fast and furious. Helping the audience to understand what the Public Theater is all about was sixth grader Wesley Madge, who performed the monologue from “Henry V” that won him this year’s Shakespeare Monologue & Scene Contest.

The designer of the event was Tim Komen of TK Event Studio with fabulous floral provided by Hens & Chicks. Also helping to make the evening spectacular were Randi Dauler and Donn Neal, Marilyn and Don Jenkins, Board Chair Courtney Horrigan with husband Frank, and Veronica and Lou Guarino.