The Fed and Inflation 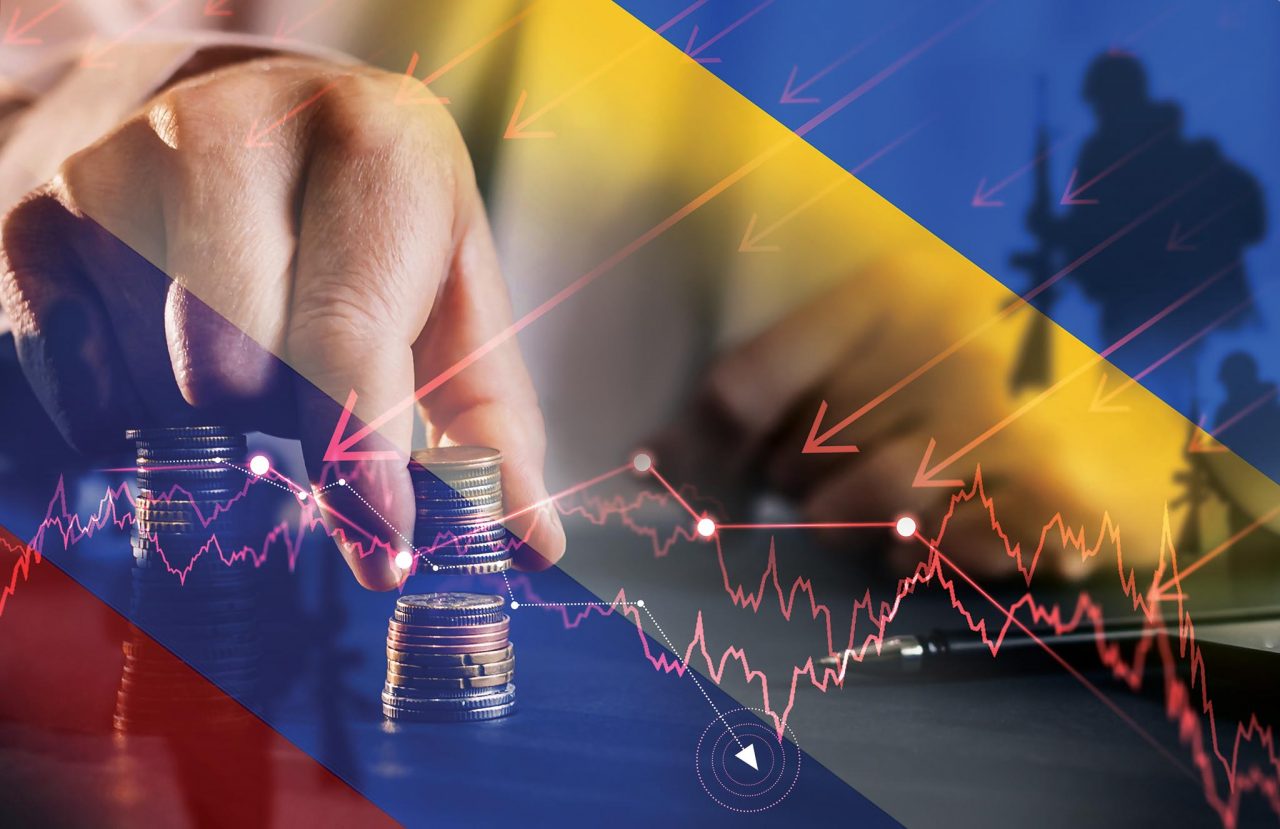 Editor’s note: Pittsburgh Quarterly has regional financial experts to respond to this question: Inflation has proven to be higher and “stickier: than the Fed expected. Do you think the Fed’s policies are appropriate or is the Fed behind the curve? What is your best estimate for inflation at the end of 2022?

Even before the Ukraine invasion, the Fed was behind the curve. Its position has only worsened. The market expects another 200-225 basis points of hikes. Sounds like a lot but on a relative basis, that would still put the target funds rate at levels historically considered loose. Real rates almost certainly will still be negative. That’s bullish. There is talk about ’70s stagflation, and the structurally tight labor market argues inflationary pressures will prove hard to wrench from the system. But to have stagflation, the economy has to be stagnating. There’s little evidence it is.

Longer term, I’m rooting for productivity to save the day. Unlike the ’70s with its stagnant capital expenditures and productivity, this decade is seeing both accelerate. Arguably a bigger force is at work. Just as baby boomers were entering prime work years in the late ’70s-early ’80s, helping fuel a prolonged period of falling inflation, an even larger generation—the millennials—is entering its prime working years. Right behind are the almost equally large Gen Zers. That’s our holy grail. Nearer term, inflation likely lingers. Our house view sees core PCE inflation outpacing the Fed’s March projection of 4.1% for the year.

Inflation rates do have a high historical correlation with commodity prices. We are seeing the same trend currently. While it is difficult for central banks to attack commodity prices (or reopen global supply chains), a higher inflation rate is likely to lead to a more hawkish Federal Reserve, and that increases recession risks. It could be argued that the Fed was late in ending its bond purchasing program (QE), but it could not have predicted the Russian invasion of Ukraine this year that has greatly impacted commodity markets (and inflation).

Overall, I believe they are behind the curve, The Fed is now embarking on a process that will require delicate balance: reining in inflation without throwing the economy into recession. We’re likely to see more volatility in the coming months as investors grapple with questions over whether the Fed will err on the side of fighting inflation or recession avoidance. The odds favor the latter since when push comes to shove, the Fed would rather live with slightly higher inflation amid fuller employment.

The Fed itself now realizes – belatedly – that it has been behind the inflation curve. For months the Fed believed inflation was “transitory,” but it turned out that it was “transitory” that was transitory. Now the Fed has announced a series of rate increases it believes will tame inflation without driving the economy into recession. Pre-Ukraine, that might have been credible, but post-Ukraine the Fed is only falling further and further behind the curve. Unless the war ends very soon, it is highly unlikely that the Fed will be able to bring inflation down without flattening the economy. Or, looked at the other way around, it’s very unlikely that the Fed will be able to keep the economy growing without inflation spiraling out of control. In other words, the challenge for the Fed is huge, but the reason it’s huge is that the Fed allowed itself to fall behind the curve in the first place. When it comes to inflation, patience is the worst policy.

The conflict in Ukraine pushed commodity prices higher at a time when inflation was set to likely soften, at least as it related to inflation of goods. The Federal Reserve had been playing catch-up to this change, with the March CPI report showing the highest levels of headline inflation since 1981. The response by Fed Chair Powell and the committee was to shift communication to imply greater magnitudes of rate hikes, following the single 0.25% increase in March. Markets are now expecting closer to 0.50% increases in FOMC meetings, with markets pricing Federal Funds rate to be between 2.00% and 2.50% in December 2022. While there is growing evidence for the “transitory” goods-related inflation to soften, pushing down aggregate inflation in the coming months, there is also evidence of spread to stickier areas in services/housing/wages. The calculation of inflation – year-over-year change, also means that the percentage increase is likely to decrease in the coming months as it is compared to the higher readings in the summer of 2021 (known as “base effect”). Overall, this creates a challenge for Federal Reserve officials as the balance the slowdown in overall inflation with growing services-related inflation. Average forecast expects headline inflation to settle between 5.0% and 5.5% by year-end.

The Federal Reserve has acknowledged that the labor market is very tight while inflation, recently around 7%, continues to run well above their long-term target of 2%. The Fed just raised their key short-term interest rate to between 0.25-0.5% while their best estimate of a neutral short-term rate is about 2.5%. This suggests the Fed has significant work to do this year, especially given the healthy underpinnings of the U.S. economy (healthy consumers and businesses with pent-up demand). The consensus estimate for year-end inflation was about 3% before the Ukrainian crisis and it has now moved up to about 4%. China’s recent shut-down to control the virus also adds to the uncertainty around solving supply chain problems. All of this adds an upside bias to inflation estimates and the amount of interest rate increases required from the Fed.

The combination of supply-chain disruptions, wage growth pressures (e.g. higher minimum wage) and robust consumer demand for goods all led to a rapid uptick in inflation in 2021; and in 2022 energy prices have added a fourth inflationary pressure. For inflation to wane one or all of these inputs would need to abate. With the strength of the current labor market uncontested, supply chain disruptions unlikely to ease near-term (especially given Russia/Ukraine), and consumer demand showing no signs of slowing, we think inflation remains elevated.

In our view the Fed is on the right path with its aggressive tightening policy, but external factors (i.e. declining energy prices, supply chain stabilization) will need to contribute to help cool inflation. As the Fed pushes ahead with tightening it will be a delicate act to balance cooling inflation without causing a recession. Bottom line, we think inflation will soften from current levels by year-end but still remains elevated.

Following a long period of relative price stability, we are seeing the sharpest rise in inflation in decades resulting in higher prices almost everywhere. This, understandably, is a major shock to most consumers as they watch a larger portion of their paychecks go to basics like groceries and gas.

The combination of increased consumer demand, limited supplies & workers, a relaxed fiscal policy of repeated waves of stimulus and 0% interest from the Fed have created a perfect storm for rising inflation.

The Fed has some catching up to do to get inflation under control. Inflation has been moving higher for months.  Our Chief Investment Officer anticipates that the Fed will continue to steadily hike rates several times through the end of 2022 and into 2023. We expect inflation to end the year below the current 7%+ levels that we are seeing as Covid continues to wane, employees return to work and supply chain issues stabilize.

My team, The Irick Group, spends considerable time working with clients to position portfolios for sustained inflation. This includes increasing exposure to high quality dividend payers and focusing on earnings power and balance sheet health over stretched multiples and hype.

We do believe the Fed is slightly behind the curve, but is taking the reasonable action to slow down the impacts of inflation.  We see CPI toward the end of 2022 at or around 4-5%, down from the current 8-9% year-over-year numbers.  Although lower on an absolute level, a 4-5% inflation level is double what the Fed has traditionally observed as their long-term target.

We do believe the Fed is behind the curve and the market has signaled this since the Federal Reserve released its forecast for the federal funds rate at its March meeting. To reclaim its credibility, Federal Reserve Chair Jerome Powell and several Fed officials have been telegraphing that the central bank is ready to aggressively fight inflation.

We believe a more aggressive pace of tightening in the first half of the year is appropriate as the Fed needs to get control of inflation, and we expect a 50 bps move at the upcoming June meeting.

As expected, headline consumer price inflation (CPI) for March was broad-based, up 1.2% month over month and 8.5% year-over-year. Not surprisingly, energy and food prices – further pressured by the Ukraine crisis – were notable contributors, with higher gasoline prices accounted for almost 70% of the monthly increase. While core inflation moderated, housing rents, elevated wage growth and the potential for further supply chain distributions will need to be monitored. In our view, inflation will likely remain elevated over the next few months and likely ease in the second half of the year to a range of 3.75%-4.25% by year end.

The Fed is behind the curve in dealing with inflation.  For most of 2021, the Consumer Price Index (CPI) was elevated and it wasn’t until November 30th that Fed Chairman Jerome Powell retired his “transitory” characterization of inflation.  Since then, the Fed continued to expand their balance sheet.  At the same time, they chose to keep Fed Funds at 0.25% for months and only recently have increased it to 0.50%.  Against the backdrop of the recent 7.9% CPI print, I do not see how either policy actions are appropriate.  In the 1970’s and 1980’s by comparison, CPI got up close to 15% and the Fed Chairman Paul Volker raised Fed Funds to around 20%.  My belief is that our present-day economy has more downside sensitivity to higher interest rates than during Volker’s era.  As such, a smaller increase in 2022 interest rates may ultimately cause us to enter a recessionary period when second and third-order effects are felt.  Capital markets are dependent on the Fed being able to successfully thread the needle on pacing their policy decisions to rein in inflation while achieving a soft landing for the economy.  Given the level of uncertainty in our current global situation and associated policy responses, I cannot in good faith provide any estimate for inflation at the end of 2022.

Steven M. Krawick, West Chester Capital Advisors
Our sense is that inflation is very close to peaking and that lower inflation in the back half of the year will apply downward pressure to inflation expectations.  The Fed is in a tough spot.  On the one hand, rising long-dated inflation expectations will incentivize it to tighten more quickly.  On the other hand, the flat yield curve and poor risky asset performance point to a heightened risk of recession if it tightens too aggressively.

Our base case view is that inflation will moderate in the coming months, allowing the Fed to deliver a steady pace of tightening (25 bps per meeting).  More 50 bps rates hike are possible at some point this year, but only if long-maturity inflation expectations become un-anchored or core PCE inflation prints consistently above 0.30%-0.35% per month.

In general, we expect year-over-year core CPI inflation to reach a range of 4% to 5% by the end of this year. We believe economic growth will slow, not stall and remain solid enough to prevent a significant sell-off in risk assets or the production of a deeply inverted yield curve.  We are cognizant, however, that the risks to this view, in both directions are unusually high.

Where the Dead Go

Working in the Coronavirus Era

A Liberal Approach to Business

How My English Degree Helped Build a Tech Company

A Lesson in Growth from Austin, Texas

Examining Austin as a Boomtown—Lessons for Pittsburgh?