↓ Skip to Main Content
Search
Home › Article › From the Outside In

From the Outside In

Pittsburgh has always left vivid impressions on the mind of the outsider. For some reason, however, visiting writers have been less kind to Pittsburgh than visiting artists. 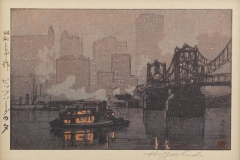 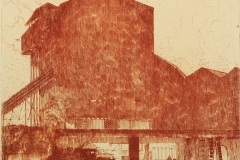 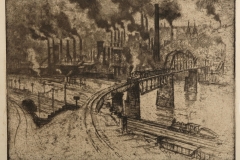 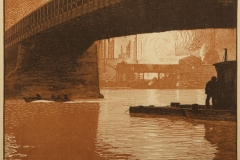 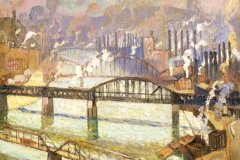 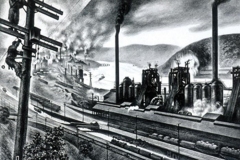 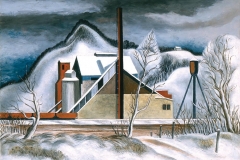 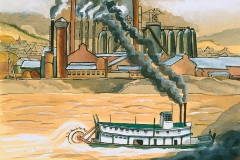 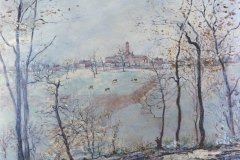 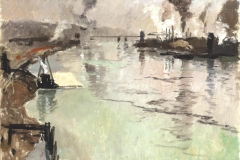 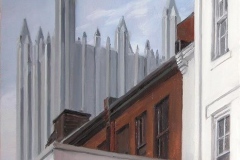 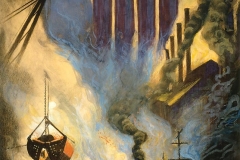 Over 20 years ago, flying to this city for the first time, I was reading a 1927 essay by H.L. Mencken, describing his view of Western Pennsylvania from a train:

“The unbroken and agonizing ugliness, the sheer revolting monstrousness, of every house in sight. From East Liberty to Greensburg, a distance of twenty-five miles, there was not one in sight from the train that did not insult and lacerate the eye. Some were so bad, and they were among the most pretentious — churches, stores, warehouses, and the like — that they were downright startling; one blinked before them as one blinks before a man with his face shot away. A few linger in memory, horrible even there: a crazy little church just west of Jeannette, set like a dormer-window on the side of a bare, leprous hill; the headquarters of the Veterans of Foreign Wars at another forlorn town, a steel stadium like a huge rat-trap somewhere further down the line. But most of all I recall the general effect — of hideousness without a break.”

Timidly, I sat in a taxi, rattling through the Fort Pitt Tunnel at dusk, expecting much the same thing.

However, the truth on that day in 1985 was magical: a modern city, compactly triangulated, bright rivers and a single, surviving steel mill in the distance, doing what steel mills so vividly do. It is the normative image, sometimes cleaned up and greener, sometimes black and muscular. But it is the same bones that painters, printmakers and photographers have responded to over the years.

Who is really a “local” artist can be a conjectural issue. Some we call local, in the sense that they have been born here or settled here as immigrants. Or at least they have lodged here long enough to be thought Pittsburghers. In some cases dynastic claims might be lodged: the Wall family, or the Hetzels or Woodwells, working through a generation or two. Aaron Gorson, purveyor of endless steelscapes that many would call definitively Pittsburgh, was an immigrant who stayed for a couple of decades, until he had painted the city dry, moving off to New York (if not to greater fame). An academic career in the city might be temporary yet permanent enough to qualify. Henry Koerner, who taught at Chatham College, complicates matters further by flitting off to Austria for extended vacations. And Andy Warhol and Mary Cassatt, although natives, cast off their local shackles before their formative work in New York and Paris.

Local art, concerned with the depiction of the passing scene, be it geographical, social or merely decorative, fits into the American regionalist traditions, which parallel local practice in other areas of the United States. Regionalism has had bad press in the years after the Second World War, being overshadowed by the successive ‘isms’ of modern and contemporary art. But regionalism is experiencing a commercial and scholarly re-evaluation. The Westmoreland Museum of American Art and, to a lesser extent, The Carnegie Museum of Art, perhaps spurred by local collectors, are transforming this field.

In Pittsburgh, the regionalist forces have been salted over the last 100 years by the globalizing influence of the Carnegie Internationals/Annuals. World famous art comes regularly to the city, with a smaller percentage remaining here. There is no reason why the average Pittsburgher who diligently visits the contemporary art institutions of the city should feel in any way cut out of the lively dialogue that is Art Now. Certainly local artists (especially those working out of the universities) speak that language fluently.

Visiting artists have always found something to say of their experience of Pittsburgh, which may differ from the regular perceptions of the “natives.” From the beginning of the Carnegie International Exhibitions a group of artists, described as the “Jury of Award” came to the city and stayed for a limited period of time. While here, they painted and were taken up socially by local grandees.

Take the case of Frits Thaulow, a Scandinavian Impressionist at the height of his reputation when the Internationals were being inaugurated and who served on the early committees. His work appealed to Henry Clay Frick, who was to buy eight of his canvasses. Frick gave one of those, a view of Pittsburgh called “The Smoky City,” to President Theodore Roosevelt. It seems no stretch to see the echoes of Thaulow in Aaron Gorson’s spaced-out oils of the Pittsburgh riverlines. In the past 10 years, two atmospheric oil sketches by Thaulow have entered Pittsburgh collections, including the Carnegie Museum. And Thaulow is by no means alone.

Sir Alfred East, another committee member, did a number of works when here, as did Jean-François Raffaëlli, whose view of the Carnegie Institute from Schenley Park suggests that the artist did not venture far from the reassuring geography of Oakland.

And artists who were merely included in the International “hangs” visited here from time to time. The Westmoreland has a rare work by Californian Colin Campbell Cooper of a gritty Pittsburgh. Cooper’s normal practice was confined to views of New York City and more “acceptable” urban landscapes.

Pittsburgh also has proved a magnet for printmakers and photographers. Joseph Pennell and Jean-Emile Laboreur both worked in the city in the heyday of the early Carnegie. Although today we think of prints as being essentially multiples, their work was really measured in very limited, luxury editions. Laboreur’s work, little known in North America, is rare and reveals the inner life of the steel city.

Pennell, on the other hand, produced spectacularly inked impressions of the industrial landscape as if the soot of real life had become smudged onto the creamy 17th century Dutch paper he regularly employed. Perhaps only the Pittsburgh photographs of W. Eugene Smith or some of the earliest pictorialist photographs of the city bear comparison with Pennell’s black dramas.

And still, artists come to the city, armed with modern concepts and methods to test Pittsburgh. In the past 10 years, the Spanish artist, Felix de la Concha came to live for an extended period of time in and around the city. He used Pittsburgh’s topography for his own purposes, exploring his interests in the passage of time and in the variations of light, even in art as a performative experience. Brought up in the traditions of masterly painting in oil, he captured the physicality of the Cathedral of Learning in hundreds of daily exercises and the intimate interiors of the Frick campus in Point Breeze. Although to the eye they seemed to be about ordinary depiction (painting as unchanged in hundreds of years) they are about modern experience.

So it would be a mistake to think that art in Pittsburgh is telling the old, old story. There are New Voices and New Times. And some of them still come from outside the city.