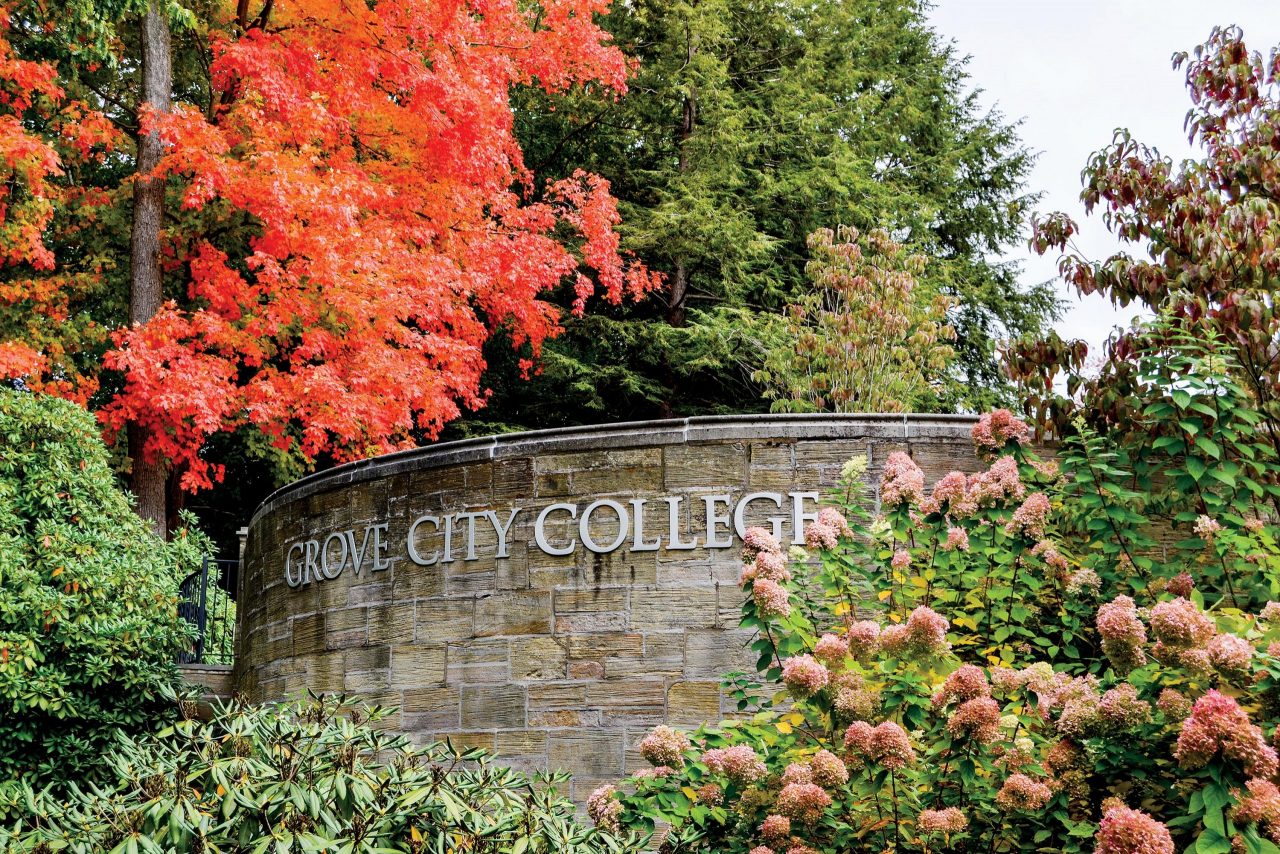 America is home to thousands of higher education institutions, but only a small handful reject funding from the federal government. Grove City College is the largest of this small group. We are occasionally asked by other colleges and universities how we do it. After all, turning off the federal money spigot may require enormous determination and sacrifice, especially for countless schools where the funding flow is a heavy stream. The Grove City model, without question, is highly distinctive.

The college has long believed that private organizations should steer clear of government handouts, but we reached the proverbial fork in the road on this principle in the 1970s. In 1972, Congress passed the so-called “education amendments” to the federal civil rights laws prohibiting discrimination on the basis of sex in any education program or activity receiving federal financial assistance. From our first days nearly a century and a half ago, Grove City College has strongly supported equal opportunity for all students. A foundational truth of our faith is that every person is God’s image-bearer and possesses inherent worth and dignity. Nevertheless, when federal regulators subsequently demanded compliance with all future and unknown regulations relating to this prohibition, GCC demurred because it did not receive “federal financial assistance.”

But in 1984, after nearly 10 years of David v. Goliath litigation, the U.S. Supreme Court ruled in Grove City College v. Bell that financial aid awarded to eligible students constituted federal financial assistance to the college. This landmark decision blurred the line between public and private education when it comes to government control. If students used grants to attend GCC, the college would cease to be truly independent. We would be giving the Department of Education a regulatory blank check, so to speak. As a result, the college chose the path of independence and has declined all forms of federal financial assistance since 1984 and federal loans since 1997. (Learn more at https://www.gcc.edu/Home/Our-Story/Faith-Freedom/Supreme-Court-Case.)

There are many forms of financial assistance. They include financial aid for students, government-funded research grants, and even COVID-19 relief. For Grove City College, this means forgoing millions of dollars within just the past two years. With the college’s COVID costs alone exceeding $3 million, our deeply held convictions clearly come at a price.

Independence is a core value at Grove City College. We first opened our doors in 1876, the year of America’s centennial celebration, and we have been champions of freedom ever since. And just as the Founders in 1776 envisioned independence as the necessary path for the prosperity of the new nation, so, too, has the college long cherished freedom for advancing our faith-based educational mission. Indeed, our motto is “Faith and freedom matter.”

Safeguarding our mission is the most important but not the only reason why Grove City College does not accept federal funds. Financial sustainability and affordability are among the other justifications. Indeed, losing the Supreme Court case was one of the best things that has happened to our beautiful campus just one hour north of Pittsburgh.

It seems counterintuitive to assert that declining federal funding has strengthened the college’s financial sustainability and affordability, but this is truly the case. Our alumni and friends have stepped up magnificently to support vigorously the college’s independence. They have built and continue to build a substantial financial aid program that far exceeds what the federal government currently offers. We have also raised millions of dollars to replace federal grants for research and facilities.

Knowing that there will be no taxpayer bailouts or windfalls, we manage resources carefully to grow in excellence and affordability. Stewardship is another one of our core values. Current annual tuition is under $20,000, less than half of our top competitors, and approximately 80 percent of our students graduate within four years and 85 percent in six years — among the highest graduation rates in the country. More than 95 percent are employed or enrolled in graduate school within six months.

The college rejects the familiar higher education model of high sticker prices, steep discounts for a select group of students, and heavy reliance on the government for financial support of the rest. It is heartbreaking to observe young adults who have not progressed to a degree, but have a mountain of debt. Instead, we charge a reasonable price and fully fund financial aid, rather than offering unfunded and uncertain discounts. This year’s students are receiving about $10 million in funded aid. This model, sustained in large measure through a healthy endowment, may not have been achievable if we had taken the path of government funding.

The absence of federal funding strengthens our financial discipline to remain affordable. We can’t count on the government to help fill our classrooms. Value, undergirded by excellence, is our guiding star. And by exercising financial discipline, we are continually improving our sustainability. We avoid the accumulation of debt. The high costs of regulatory compliance are reduced. And we are blessed with ongoing generous support needed to grow our endowment.

Beyond those practices and commitments, faithfulness to our mission is the primary reason for treasuring independence. The college’s founders established a school that was nonsectarian, open to women and men, and sought to educate minds, hearts, and hands for the common good. The search for truth, the traditional core of a liberal education, would require focusing the learning enterprise on both the creation and the creator. This mission has remained unchanged throughout the turbulent decades of the past. Indeed, our mission today is to equip students to pursue their callings in a Christ-centered, academically excellent, and affordable learning and living environment. It takes little imagination to foresee the real possibility of shifting public policy winds forcing independent colleges in new directions. And if federal assistance grows significantly, as many are working to make happen, the temptation for greater control will undoubtedly grow with it.

Independence does not equate to being anti-government. Even as the Framers of our Constitution were securing the “Blessings of Liberty” by setting the boundaries of a limited national government, they announced the people’s intention of forming “a more perfect union.” Grove City College is thankful for the wisdom and sacrifice of public servants, and innumerable graduates have served in government positions. But people and institutions will often rise to new heights of flourishing when free from the long arm of the federal government.
Why does Grove City College not accept federal funds? Because we dare to be genuinely independent. And in so doing, we have experienced extraordinary growth, exceptional student outcomes, and, Lord willing, safeguarded our mission for generations to come.