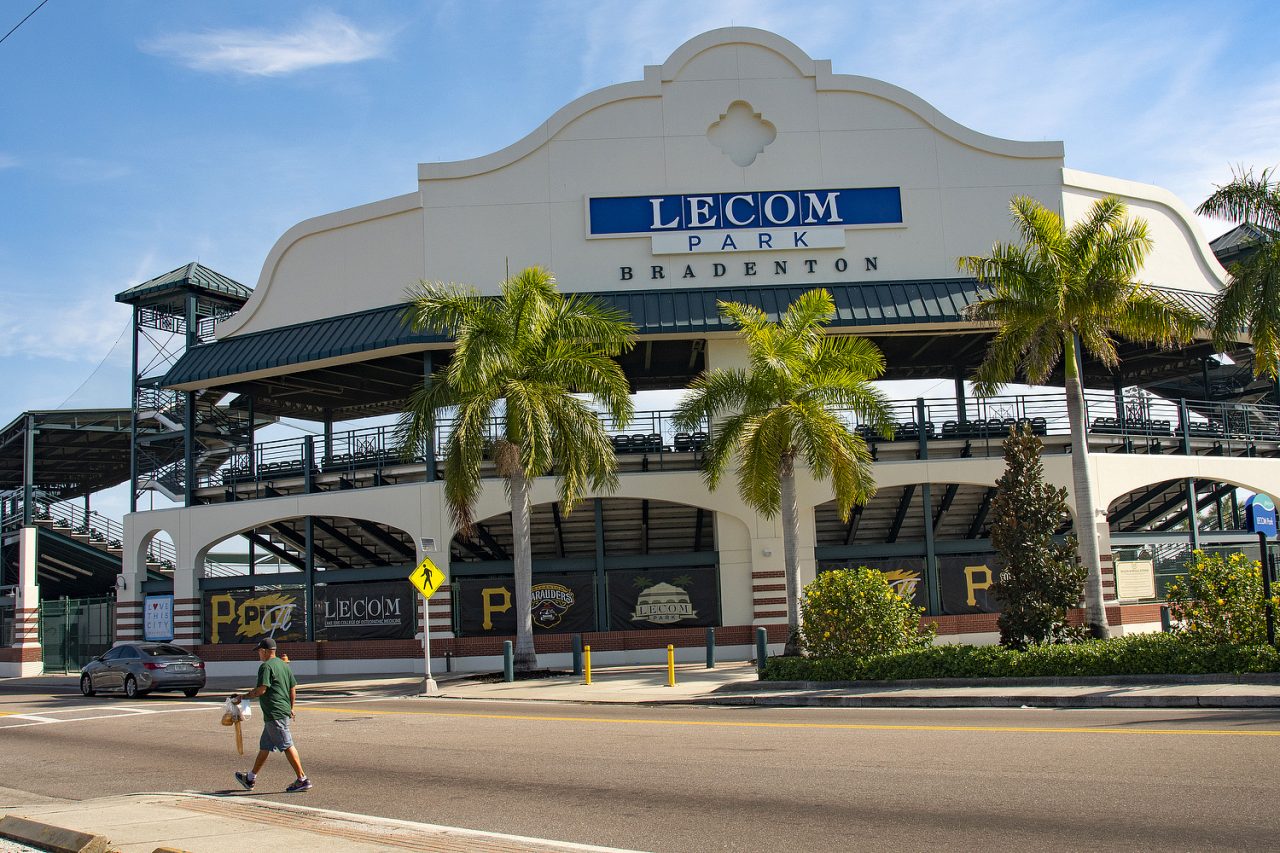 Visitors to Pirate City in Bradenton watch Minor Leaguers through the outfield fence. 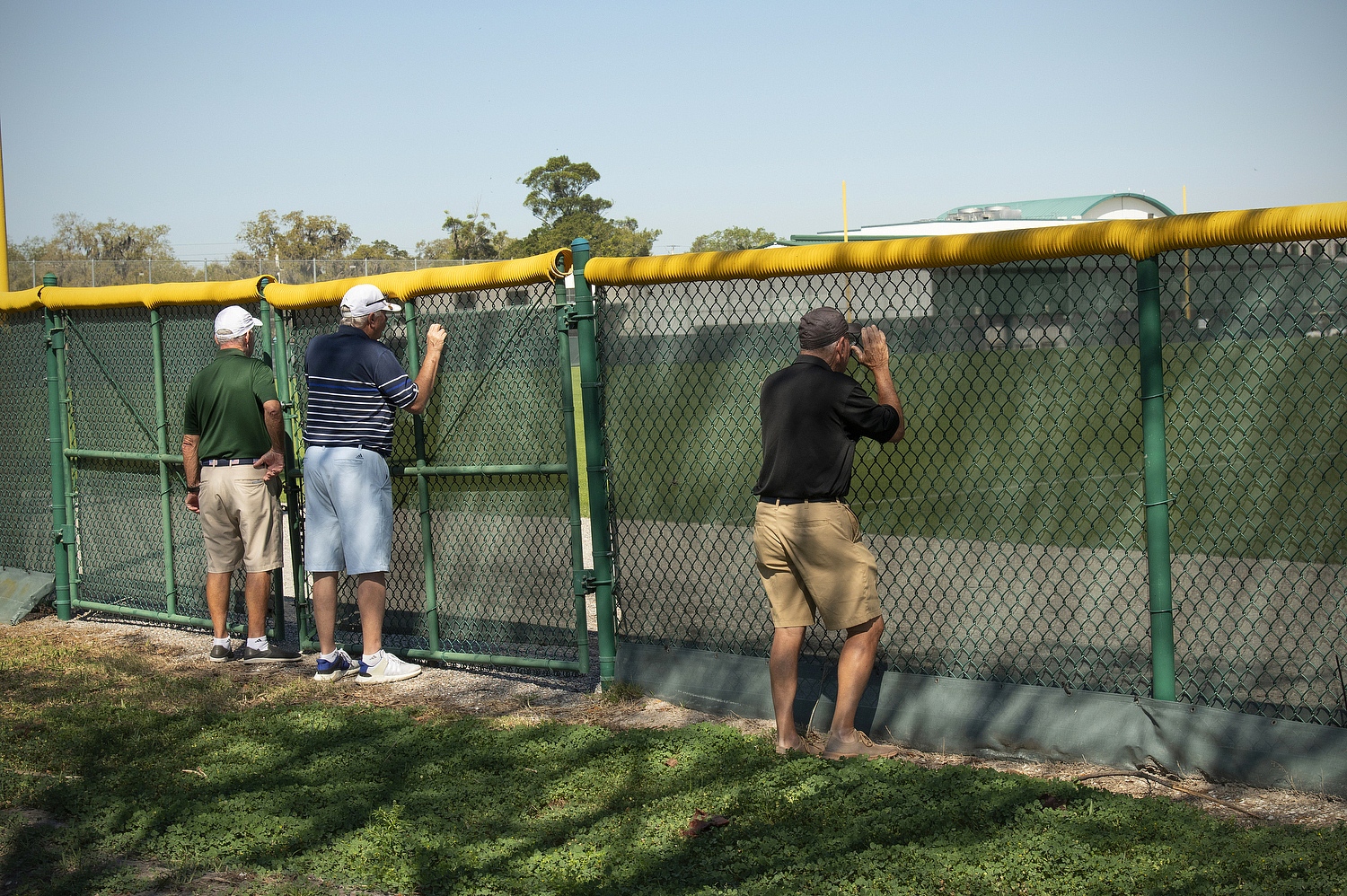