The Little Block House That Could

The first question a visitor usually asks is: “So… what was this place?”

As curator of the 250-year-old Fort Pitt Block House, sometimes I feel that I have the most interesting job in the world. I get to take care of the only structure left of Fort Pitt and the oldest building in Pittsburgh. 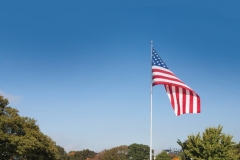 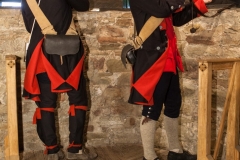 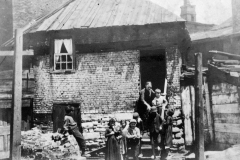 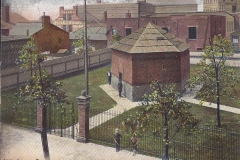 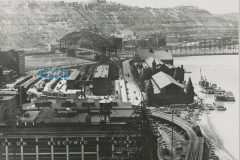 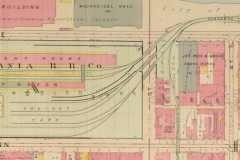 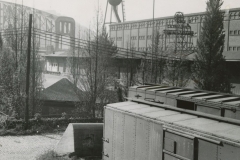 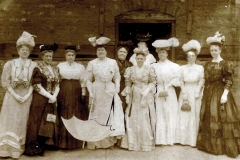 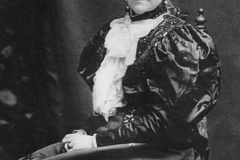 The Block House was built in 1764 as a defensive redoubt for Fort Pitt, a key British fort in 18th-century North America. Wooden gun loopholes wrap around both floors and help support the pentagonal brick structure. Looking out now, you can see families enjoying the Point State Park fountain, the top tier of Heinz Field, and the Fort Duquesne Bridge rising up over the trees. I imagine what the soldiers would have seen when they looked through these same openings: no trees blocking their view; no fountains, bridges or stadiums. They would have had a clear view across all three rivers, looking for an attack from anyone, especially Native American Indians. When I look out, I’m looking for nothing in particular, except perhaps a glimpse back to a time when Pittsburgh was an 18-acre fort with 500 families.

Fort Pitt stood for 28 years after the Block House was built. After the British abandoned it in 1772, the Continental Army used it during the American Revolution, but left the dilapidated, flood-damaged structure after the war. There was no need for a fort of its size, and it was ultimately replaced in 1792 by a much smaller fortification named Fort Fayette, located near today’s David L. Lawrence Convention Center. In 1784, the Point was sold to Major Isaac Craig and Colonel Stephen Bayard, and Craig made the Block House his home. Craig and his family had moved out by 1790, but the Block House was home to families until 1894.

It’s difficult for visitors to imagine living in the Block House, as many of its former domestic features are gone, including windows cut in the walls and a former fireplace. But by the 1840s, when the Point had become a growing tenement district, and for more than 50 years, the Block House lodged two families at once—one upstairs and one down. For much of that time, the building and the Point were owned by Mary Elizabeth Schenley, whose holdings stretched throughout the city, including most of modern-day Oakland and what is now Schenley Park. As Pittsburgh industry grew, wealthier citizens moved away and the Point became a slum with streets crisscrossing among the densely packed homes and businesses. In 1894, Mary Schenley gave the Block House to the Pittsburgh chapter of the Daughters of the American Revolution, also known as the Fort Pitt Society. The ladies set to work, restoring its original appearance, and by the summer of 1895, the Block House opened as a historical site free to visitors.

The Fort Pitt Society ladies had a different idea and pressured city leaders to create a park at the Point—an idea ahead of its time. The response: “The Point is not a place for a park—who would ever visit the park anyway with it stuck in Downtown?” Despite appeals to Pittsburgh’s City Council and Chamber of Commerce, the “Point Park” was defeated.

In 1902, Henry Clay Frick bought the Point and sold it to the Pennsylvania Railroad, and in 1905 demolition of the homes and other structures began. The Fort Pitt Society fought in the courts to stall the development. Due largely to the efforts of the society and its president, Edith Darlington Ammon, the Block House was saved from removal or destruction when the Pennsylvania Legislature passed a law in 1907 preventing demolition of colonial structures due to eminent domain by a private corporation. The Block House remained, and the mighty Pennsylvania Railroad built around it.

“This place used to be a DUMP!” I’ve heard the comment more than once from older Pittsburghers, recalling the Point of their youth. And they’re right. City leaders long had recognized the problem, but it was only after World War II that the commonwealth offered funding to create Point State Park. The state initially asked the Fort Pitt Society for ownership of the Block House. However, when the society refused to give it up, the government consented to the ladies retaining ownership and operating rights to the Block House and its immediate surroundings. And after two decades of demolition, construction, and negotiating, Point State Park was dedicated in 1974.

For me, being curator of the Block House is a childhood dream come true. Usually at the end of my tours, visitors remark that they never knew about the Block House. In their minds, the Point had always been a park, and the Block House was some building they passed by on their way to the Steelers game or the fountain.

The Block House has seen it all—and survived it all. It has silently watched as Pittsburgh has grown from a small frontier town into a beautiful city that in recent years has become an increasingly popular tourist destination. This year marks the 250th anniversary of the Block House, and later in the year, the Fort Pitt Society is planning events to celebrate this historic milestone. In the meantime, the next time you are at the Point, stop by the Block House and say hello.