The Flavors of Pittsburgh

Six-year-old Kilian Wissner of Glenshaw gets a kiss after participating in the dance competition.

The Fourth of July, Thanksgiving and Christmas. Every Pittsburgher knows these holidays and celebrations. But less familiar are the many religious and secular holidays celebrated by ethnic communities in the region. Photographer Teake Zuidema documents five festivities that took place this year. 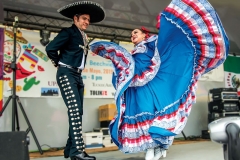 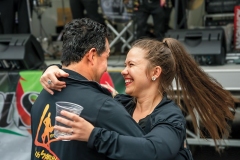 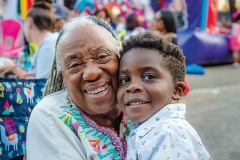 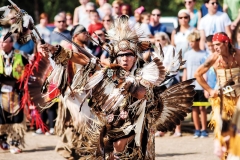 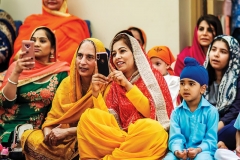 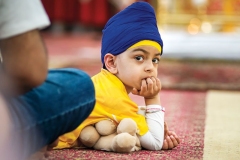 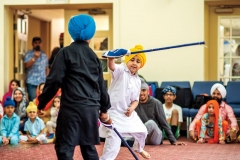 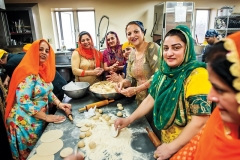 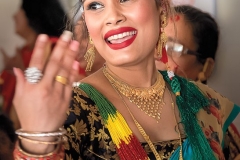 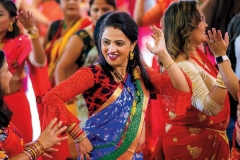 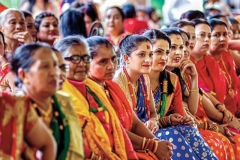 Many bars in Pittsburgh offer Mexican beers and tacos on May 5, but the authentic Cinco de Mayo celebration is organized by the Latin American Cultural Union in Beechview, the neighborhood with the largest Latino population. Cinco de Mayo commemorates the 1862 battle of Puebla, during which the Mexican army defeated a much larger French invasion force. Even though it’s officially a Mexican celebration, many Pittsburghers from other Latin American countries participate. This year there were beer-drinking and chili-eating competitions, a raffle and abundant Mexican food. After a performance by Mexican dancers, the main event was a concernt by Banda Real Conkistadora, an 11-man and one-woman strong Mexican band from Columbus, Ohio.

The Caribbean nation of Jamaica celebrates its independence day on August 6. But “the bands are a lot cheaper when you have the festivities a week later,” explained one of the organizers of Pittsburgh’s Fifth Annual Jamaican Independence Day Cookout, held on Aug. 11 in the parking lot of The Spot nightclub in Penn Hills. Several restaurants and caterers offered a cornucopia of Jamaican dishes like jerk shrimp and chicken, oxtail and Jamaican patties. The revelers could also choose from a variety of tropical drinks including fruit moss, a combination of mango, cantaloupe, watermelon, banana, pineapple, sea moss, flax seed and honey. There were games for the kids and music—a mixture of reggae, rap and pop from the deejays of Gangsta Shock Sound and the band Zapology. The number of Jamaicans in Pittsburgh is small, but according to the statistical atlas, 1.2 percent of the population of Larimer has Jamaican ancestry.

On September 28 and 29, the Council of Three Rivers American Indian Center celebrated its 41st annual Pow Wow in Dorseyville. A pow wow “is a celebration of Native American culture, community and traditions,” said master of ceremonies Mark Tayac. The council was conceived in 1969 when two families living in Pittsburgh sought to maintain a sense of “Indian-ness,” recapture their roots and become more conscious of their rights as Native Americans. The ceremonial grounds where the dancing, singing and drumming took place were surrounded by stalls displaying and selling Native American crafts and regalia.

During three Friday evenings in September, Welcoming Pittsburgh and the Pittsburgh Downtown Partnership provided a platform in Market Square to celebrate and welcome Pittsburgh’s international communities.

On April 14, 2019, the local Sikh community celebrated the 550th birthday of Guru Nanak Dev, the spiritual teacher who founded the Sikh religion in India. The celebration took place at the Gurdwara, a Sikh place of worship in Monroeville. At the center of the festivities was the Guru Granth Sahib, the holy book with the teachings of the Sikh gurus and other saintly figures. The celebration included readings from the holy book, prayers, speeches and singing of hymns. Visitors also partook of langar, a communal meal of delicious Punjabi dishes. The Sikh religion is sometimes confused with Islam or Hinduism. However, it is a completely separate religion that has some 30 million followers around the world. Male Sikhs are easily recognizable because they wear turbans.

Hundreds of Bhutanese women and a few good men showed up to dance and celebrate the Teej festival on September 2 at the Clairton Park in Clairton. Originally, this was a Hindu festival in which girls worshipped Lord Shiva to help them find a worthy husband. Married women fasted for the well-being of their husbands. “Nowadays it is not strictly a Hindu festival,” says Khara Timsina, director of the Bhutanese Community Association of Pittsburgh. He says that it is dedicated to the health and wellness of women, women leadership and cultural preservation. There was a lot of Bhutanese food, some speeches and a quiz about important females in American history. For example, who was the first female Secretary of State of the U.S.? But most of all, the women, young and old, danced and danced with great energy and joy. Timsina estimates that there are some 6,000 Bhutanese people in the Greater Pittsburgh area.