Childhood expands and does not measure.
Adulthood counts and contracts. 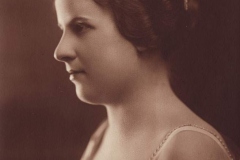 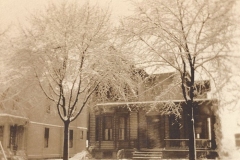 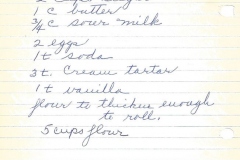 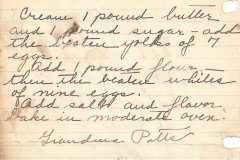 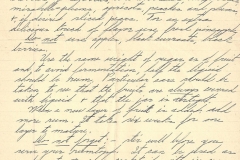 To me, as an eight-year-old boy considering the width of Pennsylvania—from my home in York to my grandmother’s house in Greensburg—geography was impressionistic.

As a Thanksgiving trip to my grandmother’s hearth on Maple Avenue beckoned, I was mainly interested in getting into a Howard Johnson’s for some fried clams or a hamburger somewhere along the way. That was really the only other significant landmark in my imagination.

“Beware the wind and the snow, the storms of Somerset,” rang the warnings of white-haired family members, dressed darkly, their rosaries at the ready. These were the older generations of Pennsylvanians from Cambria and Bradford Counties.

They’d seen motorists and no doubt wagon and horse teams come to ruin in Somerset in the winter time.

But we always made it through. All the way to the west. Over the river and through the woods in a 1964 Chevrolet Nova station wagon.

We made it even when lines of cars, broken and stalled, blue and black and bashed together in the snow stretched out on the turnpike before me from my seat in the second pew of the station wagon.

My father was a drummer. Sure and very strong in physical action.

I can’t recall a time in the car with him when his mastery of the situation was in question.

So my three siblings and I would be delivered without accident to the steps of our grandmother’s house in Greensburg by her youngest son, her favorite; the very quiet one.

He wouldn’t comment on warnings or much else for that matter. He just drove. And when the snow got thick, we learned to keep just as quiet.

Once inside the massive old Victorian, with its expansive bedrooms, dark hallways and secrets, we were protected in another way.

To be in my Grandmother Rebecca Potts’ house at Thanksgiving time was to be in the presence of someone preparing for a vital task.

I couldn’t tell you in detail what gave my Grandmother’s life meaning. But in the way she went about putting a holiday meal together, feeding her children and grandchildren well must have been incredibly important to her.

There was probably love in her devotion to a holiday meal, but in its execution she could get a little frightening.

“To be in my Grandmother Rebecca Potts’ house at Thanksgiving time was to be in the presence of someone preparing for a vital task.”

The black rotary phone in her foyer was her command post. That was where she straightened things out with the butchers and the grocery clerks at the Red and White, the “supermarket” on the east side of town.

When she was finalizing her Thanksgiving grocery list, from the tone in her voice, it was wise to give her a lot of space; too much hung in the balance.

Part of the mystery of her house was my grandfather, James Riley Reynolds. He died two years before I was born.

She was there all alone and had been for 10 years. I couldn’t know what that meant. I did know she wanted me near her and she wanted me to tell her everything about me.

One of the places I would do that would be at the table in her big, bright kitchen at the back of the house. Toasted slices of cinnamon bread, Donald Duck Orange juice and now and then a fried egg were what she’d serve me.

I can still remember, 48 years later, the smell of an egg cooking in butter in that big skillet, big enough to hold a dozen eggs. I can remember the look of those early Westmoreland County mornings as the sunlight lit her kitchen.

With her back to me, as she fried, flipped, worried and scrubbed, I could let my eyes wander to the door that led to the kitchen’s back steps, a passageway from the house’s dark, upper reaches.

That was where the great treasure was hidden. There in the shielding darkness.

Two five-gallon Charles Chips cans, each of them filled to the brim with sugar cookies.

The cookies were rolled out, cut into Santa Claus shapes, or circles—those were the only two shapes she made—dusted and baked with green- or red-colored sugar.

I knew they were in there. That was a certainty.

I knew I would get one or two of them after dinner. That was a near certainty. My goal was to get even more.

Those cookies, like any beloved thing in any family, are now legend. A stack of recipe cards survived her, for everything from cough syrup to creations as unusual, bordering on worrying, as pork cake.

Swear I never tasted it. Doubt I’d ever try to make it.

Everyone in our family who cooks has tried to make my Grandmother Rebecca Potts’ sugar cookies, the ones they remember, from those recipe cards.

No one gets close to making cookies anywhere near hers.

Read the darn recipe someone! It’s all there in her own handwriting. Or is it?

Is it the power of nostalgia that elevates something as seemingly simple as a pale two-inch cookie to a stature no survivor has been able to replicate?

“Read the darn recipe someone! It’s all there in her own handwriting. Or is it?”

Or is it that treasured recipes, recipes that make a cook’s reputation, go to the grave with her, so that her memory lives on in company with a desire for a taste that can never be had again? For a type, call it a flavor of love, that will never again be known?

Or is it not the recipe but the technique that cannot be reproduced? Maybe that’s it.

Leaving the kitchen on those mornings, I’d pass through her pantry, then into the dining room.

In mid-morning, all was at peace there. The two little brown and white pilgrim candles and the turkey candle where they always were, center stage on the expansive, ivory tablecloth.

To be a child is to move this way, from light pole to light pole. Governed and hopefully protected by adults but never really ruled by them.

To kill time on those chilly days, waiting for the turkey to cook and for cousins, aunts and uncles to arrive, my brother John and I would take to the streets.

We’d toss a football in the lots of the high school, or wander down to the bridges spanning the train tracks that separated Rebecca Potts’ house from the center of town.

Those images too, I will never forget. Snowflakes drifting down, blown by the wind, swirling over the grey rails of those railway tracks. That always lonely Greensburg railway station.

Back at Grandma’s house, things swelled and ripened.

Cooking smells and the presence of so many people pushed my senses into a state that I would now qualify as overload.

The closest things I can compare to the feelings I had at my grandmother’s table at Thanksgiving would be the awe of seeing Michelangelo’s sculptures in Florence when I was 12, or the experiences I had in a synagogue, so many years later, during the High Holidays after converting to Judaism.

It was as if a different, more intense, almost dangerously holy light was dancing at the edges of my field of vision. That ivory tablecloth, her pitchers and bowls and silverware were like tools in support of some kind of liturgy.

After dinner, Dad and his brothers would break out the Tom and Jerry’s batter from Schaller’s Bakery and stand in the living room, sipping the hot spiced whiskey drink. The alcohol in their cups and on their breath was alluring in the same instance that it was prohibitive.

It wasn’t for me. It was for the big-shouldered men who towered over me and talked in quiet voices.

This was their turf and time. I was yet again an observer with no agenda or timeline.

Late that night; much later that night, as my brother slept in the twin bed beside me; in one of the long dark bedrooms that marked the second floor of my grandmother’s house, I lay awake, daring myself to put a half-thought-out plan into action.

I got up, quietly. So quietly that the ticking of the clock on the far wall sounded like the clack of a woman’s high heels in a tiled hallway.

Tip toing, I snuck out into the hall, straining for any sounds from the bedroom to my right where my parents slept. Scanning the door to my grandmother’s bedroom, to make sure, it too was motionless.

Descending then, on bare feet in the cold. Down the creaking steps on alarmed feet to where those two Charles Chips cans stood, there where the steps broke right and down.

With the lid of the chip can off, the toasted smell of the sugar cookies wafted up and smote my olfactory senses in a way that the scent of a certain woman would do 21 years later.

Like flowering trees in Pennsylvania at night in mid-June. That kind of power.

How many could I take with one hand and still get that lid down without a sound?

Three would be a treasure. Four too much, too much of a reach. No one could pull that off. Then back. Tip-toeing past Grandma’s room.

Did I just hear something? Her turning in bed? Tip-toe faster, back into another deep darkness.

I found a place at the back of the room, the farthest window sill, and lined those cookies up on it, readying them for destruction.

Outside, as I bit down on those rounds of flour, sugar, butter, milk and cream of tartar, the snow was falling, now in heavy curtains, sparkling in the light of just one street light.

All was quiet outside, the snow changing shapes, burying everything.

If my theft was a sin, then this—seeing the mounds of white, under just that one streetlight, with crystals of sugar on my fingertips and on my tongue—was the overture of some more forgiving, unwritten religion.

Those are the things that remain.

For Southwestern Pennsylvania, a Few Reasons to Be Thankful

Immigration Is Still Our Greatest Asset…