Pittsburgh’s once-endangered National Aviary wrapped up 2013 as the most successful year in its 60-year history and capped a dramatic six-year expansion. With record visitors and record numbers of new birds joining its collection (many living two to three times their life expectancy), the North Side institution has come a long way since the days when its very survival was in doubt. 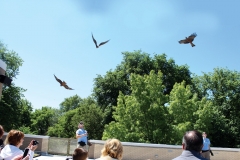 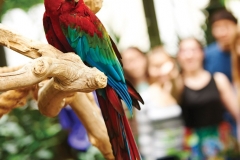 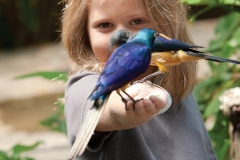 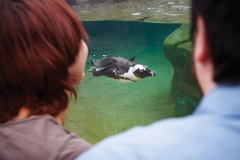 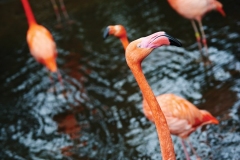 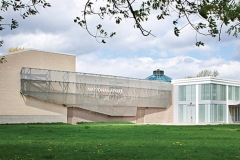 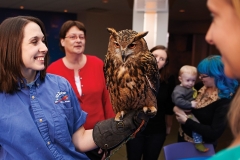 In 1991, when it was funded primarily through municipal revenue, city budget woes prompted calls to close the Aviary and transfer its assets to the Pittsburgh Zoo. Michael Flinn was recruited as pro-bono legal counsel to negotiate an agreement with the city to keep the facility open and transfer ownership to the grassroots group Save the Aviary, Inc.

A year after Save the Aviary assumed the helm—with the promise of regular yet diminishing support from the city coffers over the next five years—the Pittsburgh Aviary became the National Aviary. The designation brought no federal funds but affirmed the Aviary’s value which was enough, said Flinn, to “challenge the staff and the board to continue to improve and expand the Aviary’s reach and purpose.”

By all accounts, the Aviary has risen to that challenge, managing a projected 100 percent increase in earned revenue over the past five years. Admission revenue climbed about 140 percent from just under $468,000 in 2008 to a projected $1.1 million in 2013. The rest of its $4.5 million 2013 operating budget came from $1.1 million in sales tax funds from Allegheny County’s Regional Asset District—which began subsidizing the Aviary in 1995—and $2.3 million from support from individuals, corporations and foundations.

“We feel we’re just on the verge of bigger and better,” said Cheryl Tracy, managing director and chief operating officer. “We’ve really turned a corner, and the sky’s the limit.”

In 2010, the Aviary completed a $17.5-million expansion, increasing exhibit space from 25,000 to 40,000 square feet and adding features including the free-flight theater, rooftop Sky Deck and Penguin Point, which allows visitors to crawl into the habitat of the Aviary’s colony of 16 African penguins. In November, the latest permanent exhibit, Canary’s Call, opened on the 20th anniversary of the Aviary’s “national” designation. It is the first interpretive, museum-style exhibit in the Aviary’s history, focused on conservation and human impact.

“We view all our birds as ambassadors because they make the emotional connection with our visitors,” said Tracy. “The more people can relate to the birds—which is one of the reasons we give them all names—the more they can understand our message.”

Cathy Schlott arrived at the Aviary nearly 11 years ago as an intern and has climbed the ranks with extensive training to her current position as curator of behavioral management. She is also the resident falconer and leads the theater programs and summer live raptor shows on the facility’s rooftop deck. When Schlott joined the staff, the focus was “more lecture style,” she said. “When I started, we had a small bird show. We just had them sit there. That was it. Now it’s more behavior-focused.”

In the warmer months, Schlott welcomes audiences onto the Aviary’s roof where she demonstrates the hunting prowess of birds of prey. A black kite, Lanner falcon or martial eagle is released and circles overhead until it dives at speeds exceeding 90 miles an hour on its prey—food attached to a lure Schlott manipulates. Eventually, the raptor captures the meat from the lure mid-flight and settles on the roof for its meal.

“We don’t want to focus on birds riding bicycles or anything they wouldn’t do in the wild,” said Schlott. “We want to demonstrate their natural behaviors and showcase exactly what makes them unique and different in the wild, and hopefully our visitors will walk away wanting to conserve those wild environments.”

Not long after Schlott joined the ranks, the Aviary brought on Dr. Pilar Fish as director of veterinary medicine to establish a healthcare program and develop treatments, surgeries and preventive medicine that could be taught to students and doctors and brought back to other zoos and wildlife centers. Currently, she and her staff train about 40 veterinary students each year. She was also instrumental in establishing the Aviary’s new “positive parroting” classes to help pet owners better care for their birds at home.

Over the past 10 years, Fish has worked at growing the Aviary’s “geriatric care program,” which she created to care for older birds after they have outgrown their ability to replicate natural behaviors for patrons.

“We want to take these birds that basically work for a living—on exhibit, as education animals, as breeding animals—and, now that they’re old and fragile and really need special attention, give it to them,” said Fish. The services for the elderly birds are many. Fish uses a nebulizer to treat the dry sinuses of a blind and arthritic golden pheasant. She and her staff brought in sand and saltwater to reconstruct—in miniature—a native habitat for a beach-dwelling stilt that lived three times its life expectancy under their care. Other senior birds get padded perches, heated beds and vitamin supplements. April, the red-tailed hawk, recently celebrated her 29th birthday, already a decade beyond her expected lifespan. Birds in the geriatric program are welcomed out to the Aviary’s atrium once a day for the “meet a patient” program, led by a resident vet tech or “bird nurse,” allowing visitors to learn about its specialized veterinary care—and make another emotional connection with the birds.

The Aviary also has become known for its success in breeding and species reintroduction. Several breeding pairs of kingfishers and rails from Guam can be seen in the Canary’s Call exhibit. Both species had been decimated by the introduction of the brown tree snake in efforts to control Guam’s rodent population. The Guam kingfisher is listed as extinct in the wild, with only about 100 remaining in captivity. Last year, the Aviary was responsible for reintroducing five recently bred Guam rails back into the wild. Overall, they have bred and released 23 of the birds, a key participant in the effort to reinstate a wild breeding population.

“We want to be a leader in the field in all aspects: conservation, training, behavior management and medicine,” said Schlott, who was integral in the breeding of a pair of Eurasian eagle owls at the Aviary last year. “We want to give back to the community and be an educational center as well.”