Concern about their jobs and the local and national economies is widespread among people in southwestern Pennsylvania as the COVID-19 pandemic drags into its second year.

In January, their confidence in all three fell to some of the lowest levels since the region’s first case of the coronavirus was reported 11 months ago, a new survey suggests.

But an increasing number of people are feeling good about where the local economy and their job prospects are headed in the next six months, according to the survey of 5,000 southwestern Pennsylvania residents conducted by the Allegheny Conference on Community Development and Schmidt Market Research. 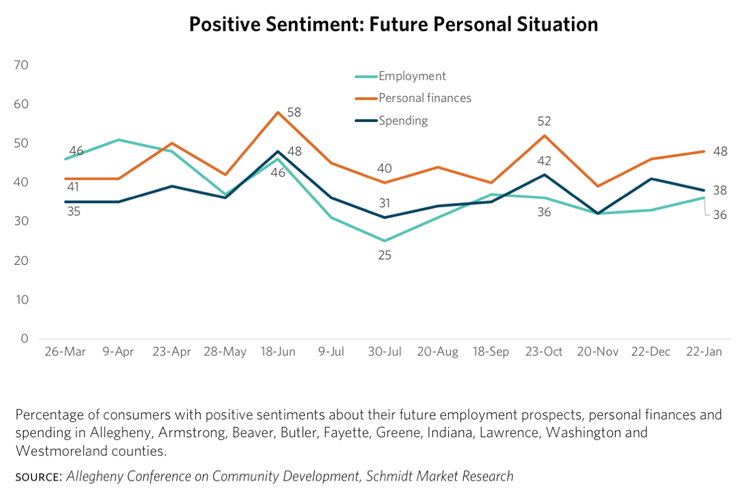 The new year brought the roll-out of two COVID vaccines and some extended federal relief, including new stimulus checks for many Americans and extended unemployment insurance subsidies. But virus cases spiked early in January, vaccinations got off to a slow start and additional stimulus remained a matter of debate within Congress. 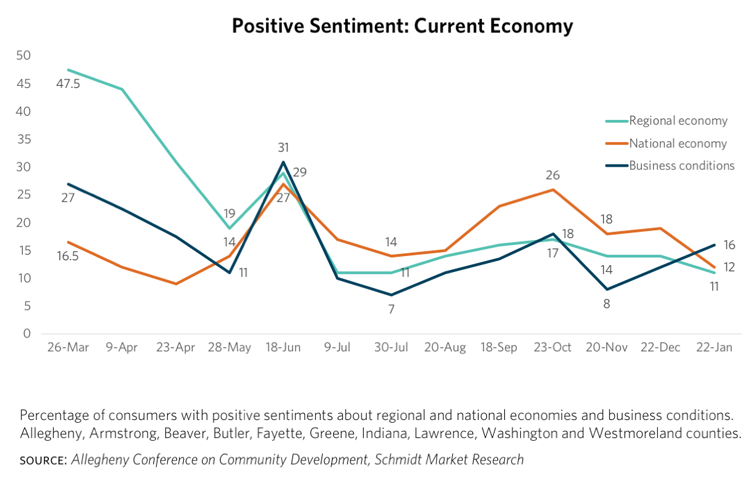 Nearly half of residents feel good about their personal finances. That sentiment has changed little since the beginning of the pandemic. And about the same number of residents are feeling good about what their finances will look like in six months. 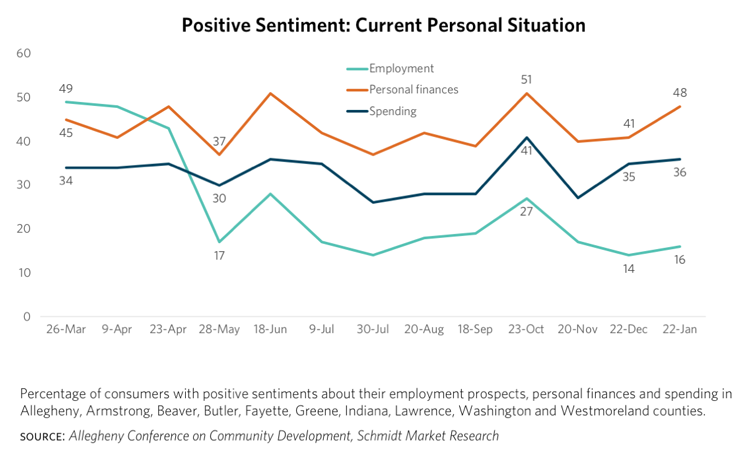 Residents are also feeling a bit better about their long-term spending ability. In January, 36 percent felt positive about their spending plans, which is slightly more than in March.