The founding director of the Andy Warhol Museum, Mark Francis, recounts this story: A few weeks before the museum opened, Francis had taken the distinguished curator, Walter Hopps, on an advance tour of the completed building. (Hopps was instrumental in putting on Warhol’s first Pop Art show, in June 1962 at the Ferus Gallery in Los Angeles. 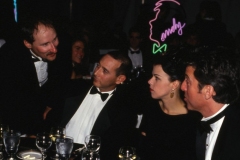 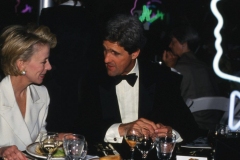 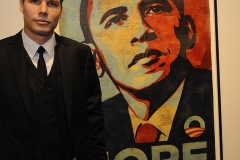 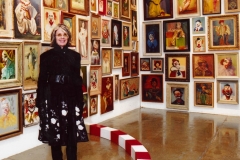 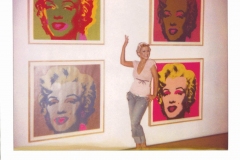 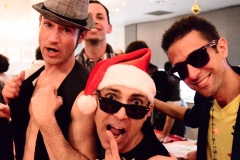 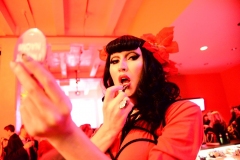 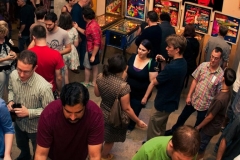 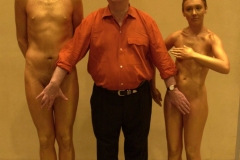 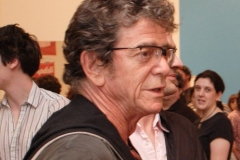 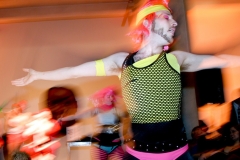 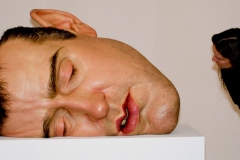 Many would consider him the most important curator of modern times.) Afterward, they retired to the adjacent Rosa Villa bar, for a smoke and a drink. Hopps fumbled with quarters, loading the dingy bar’s pay phone. “Hello, Dominique,” he coughed. “It’s OK.” (Dominique de Menil was the Houston patroness whose approval the art world of the time most diligently sought.)

Recounting that story on the Warhol’s 20th anniversary, Francis, who was curator of the Warhol until 1998, remarks that “everything we could have hoped for [for the museum] has come about.”

The Andy Warhol Museum has had four directors, each responding to different circumstances, often difficult. Francis, with the architect Richard Gluckman, set the style and ambiance of the museum in the early days, even down to specifying the appearance of the standard frames the museum was to use. Thomas N. Armstrong III, former director of the Whitney Museum in New York, had a tenure of only nine months at the Warhol and a vision probably more far reaching than the president and trustees of The Carnegie Institute could stomach at that time. The Institute has always worried about the finances of its newest museum; future historians of The Warhol may well find the maxim “follow the money” to be the best lead.

Thomas Sokolowski, third director for nearly 15 years, was, without doubt, the most transformative director Pittsburgh, let alone The Warhol, has ever seen, with the single exception of the Carnegie Museum of Art’s Gordon Bailey Washburn. In a recent conversation, Sokolowski pointed out with pride how the museum has shifted its original focus as a one-person museum in a direction that more genuinely embodies the essence of Warhol. Colleen Russell Criste, associate vice president for individual giving at the Los Angeles County Museum of Art, worked at The Warhol for many years. She sums it up as the “noble cause.” “The Warhol exists to show that what once was an aberration can become the paradigm.” This statement exists in a strategic plan for the museum.

Sokolowski’s program tended to take no prisoners. He suffered no fools lightly, his outspokenness alienated a few, and he pushed envelopes even to the limits of good taste. He put on radical exhibitions that might have been unthinkable before. He underlined the significance of Warhol as a gay artist (a topic underplayed at the opening of the museum). And he projected himself as a public intellectual in the face of the community. If he didn’t like local public art, he said so. The statue of the much-beloved Fred Rogers he berated. A proposed monument to the performer Gene Kelly he described as “a fourth-rate amateur bowling-league trophy.” At the same time, he appreciated Andy Warhol’s veneration for celebrity and provided visiting personalities with photo-ops within the museum. He continued and expanded the intellectual rigor in exhibitions that had been initiated by Francis. After 15 years, Sokolowski resigned, shocking many in the community, but possibly relieving a few.

Eric Shiner, who had been the museum’s curator since 2008, and acting director for six months after Sokolowski’s departure, was confirmed full director in July 2011, and following Sokolowski, has continued an ambitious program. He is probably already the most traveled director, for Warhol is now a global phenomenon. From the beginning, Shiner has espoused an “entrepreneurial” role for the museum (in contrast to the other museums of The Carnegie). Andy Warhol himself, supported by his business manager and later executor Frederick W. Hughes, saw art in terms of a business model. (Sokolowski as director of the Grey Art Gallery in New York City pioneered this line of thinking with his 1989 exhibition “Success is a Job in New York… The Early Art and Business of Andy Warhol,” if from a cooler, more curatorial point of view.) Other artists and other museums are perhaps more ambivalent about the connection of art and business. The art market has no such qualms.

The “new” Warhol Museum, as Shiner describes it in his director’s statement for spring/summer 2014, reflects this change of position. Gluckman and Francis’s cooler, more minimalist approach to the museum’s entrance (which Fred Hughes described to me as “worthy of Bernini”) has been swept away and replaced with what is effectively a party space with a shop attached. I think Warhol would have gone with this re-imagined and self-promoting interior, and, true to his Pittsburgh roots, he had no truck with aesthetic environments (although he liked “stuff”). And the collection itself has been rehung; Shiner describes it as “the most comprehensive review of the museum’s collection of Warhol’s artwork and archival materials since it opened in 1994.”

The emphases have changed radically. New technologies have made it possible to show film and video in a denser and more thorough way, squeezing a quart into a pint pot, if occasionally claustrophobically. When the museum opened in 1994, there were doubts on many levels. Money was in short supply. In fact, the choice of the Frick and Lindsay Building on the North Side, rather than a purpose-built contemporary building, was to some extent conditioned by financial worries. When Francis in those days explained to trustees that the artwork being given to the new museum was worth at least $100 million, some were inclined to disbelieve him. Today, Francis, now a director at the prestigious Gagosian Gallery in London, estimates that the collection is worth upwards of $1 billion.

So this is a new world, where art and commerce have entered into a partnership that the great dealers and museums of the past could never have imagined. Could it be said now that The Andy Warhol Museum is “too big to fail”? Is it sustained by the extreme wealth that characterizes the new millennium, as was the art world in the decades just before the First World War, when museums (such as The Carnegie and the Metropolitan Museum of Art) and spectacular American collections were being formed? Might we yet see other Warhol Museums springing up in other parts of the world on the model of the Solomon Guggenheim Museum? Already there are plans for a Warhol satellite in New York City, and the disused Rosa Villa Bar, stripped of its sticky, red vinyl banquettes and no longer serving warm martinis to the museum’s staff, is now owned by The Warhol, awaiting some new role as part of an enlarged museum campus in Pittsburgh. Fred Hughes, in the beginning, appreciating the international appeal of Warhol’s art, once told me that if Pittsburgh had rejected the museum he would have sought to set it up in Berlin. (He probably would have said Beijing today.) All the museum needs now is a hefty endowment, which is a little late in coming.

Yet today, the museum still has a real sense of its origins. Many of its original staff are still here, pursuing the original Warhol dream that inspired them in the first place. Others have gone on to be distinguished curators and museum directors elsewhere. The public comes in greater numbers. Celebrities visiting the city still come to the building, including the first lady, Michelle Obama, to look and to be photographed here. The 20th anniversary will be for many a homecoming and for others a chance to experience a great museum in a revived and vigorous city.

There are other voices and institutions that ought to be accounted for in a brief survey, the other founders: the Dia Foundation and the Andy Warhol Foundation in New York and their officers; local enthusiasts such as Robert Wilburn, former president of the Carnegie Institute; the late James A. Fisher and the late Sen. John Heinz, who were Pittsburgh’s original visionaries of the project’s potential. There are more; the list is endless.

Walter Hopps, now dead, will be looking down, watching the anniversary events. The question is, what will he say to Dominique, floating by on her adjacent but no less ethereal cloud?