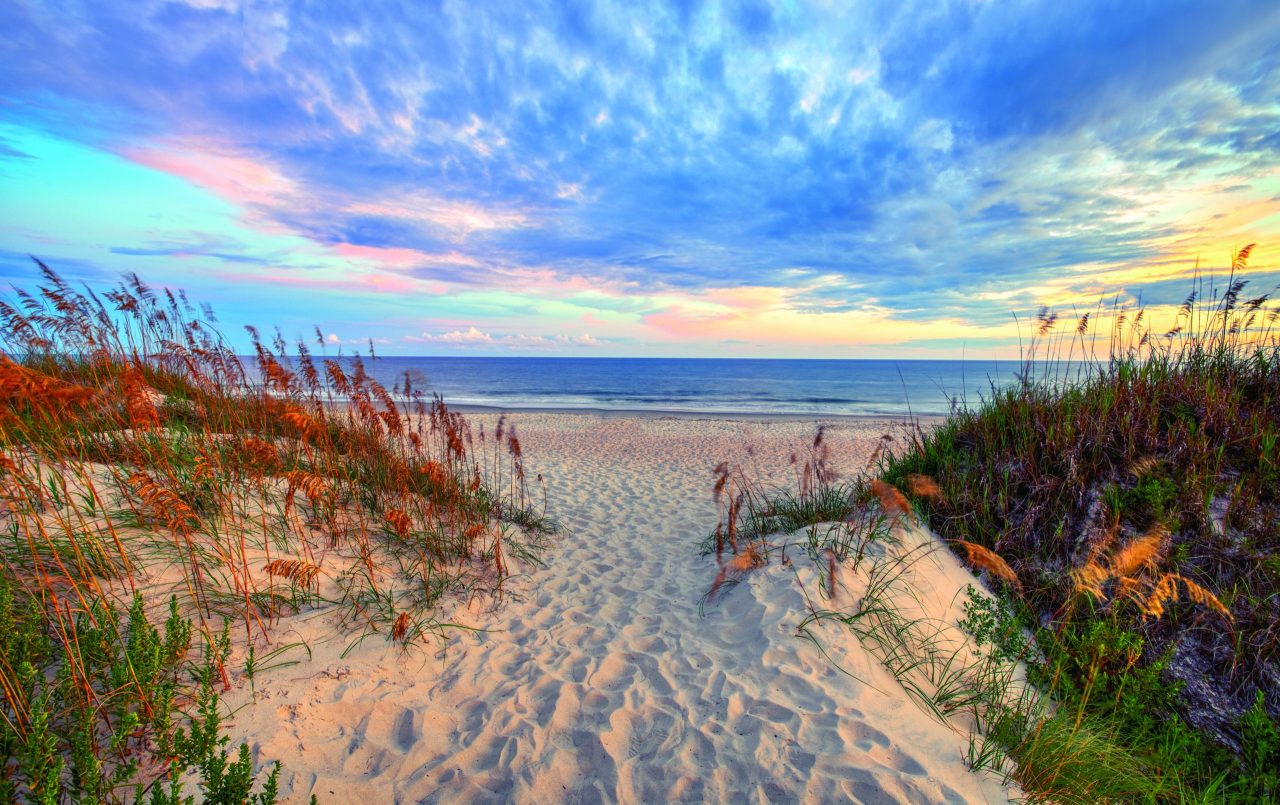 You never know what you’re going to pull in when you cast a net.

Not long ago, walking along Caswell Beach on Oak Island, N.C., I stopped to watch three elderly Asian men casting their nets.

Now, I’ve done this many times. But not like they were doing it. I use a four-foot net, hold the wound up rope in my left hand, the folded up net in the other, and with an awkward backhand swinging motion, toss it into the surf, hoping it spreads out like a tablecloth as it falls into the water. Yank the line and pull it in. Maybe catch a few mullet minnows for bait. But the net usually falls into the surf like a dead fish. It takes several tries to get just a handful of mullet. People are watching me, wondering what the heck I’m doing. But it’s fun.

So. These three slight Asian men, in their late seventies or eighties, each had a net about 10 feet in diameter, folded over one shoulder, the cord carefully curled up in their left hand. With one fluid motion, they tossed their net out, which opened like butterfly wings and landed gently on the water. Then pulled it tight, pulled it in and caught dozens of mullet. With each cast. I was watching a ballet.

Nearby was a middle-aged Asian man. He was watching me watching them. I said I had never seen anything like this, and I’ve seen a lot of net tossers in my time.

He said, “In Cambodia, if you don’t know how to fish, you starve. These are my uncles, and I bring them here when I can. They love throwing their nets, brings back their younger days.”

“Cambodia?” I said. “By some chance, were they part of the exodus of Cambodians during the Vietnam War?”

He hesitated. And then a big smile. “They came over some years later,” he said.

A flood of memories hit me.

“I haven’t thought of this for years, but I helped put together a public service ad campaign during that crisis.”

It was a refugee crisis the world had never seen. Over 700,000 Cambodians, fleeing the remnants of the Khmer Rouge regime, the invading Vietnamese and imminent famine, made their way across minefields that killed thousands, desperate to find refuge in Thailand. They arrived malnourished and starving, in dire need of food and water. And compassion. Perhaps 100,000 made it across the Thai border, the rest trapped in tent cities that sprung up overnight.

So the world sprung into action, with America taking the lead. This was 1980. Our ad agency, Ketchum, where I was creative director, was asked to create a national advertising campaign to raise funds, sponsored by the American Ad Council. I told him the story of The International Hunger Campaign, and how I found myself in the basement of the White House, making TV commercials with first lady Rosalind Carter, and what an unforgettable experience that was for me and my crew over 40 years ago.

He said, “I was one of those refugees.”

“I was 12 years old,” he said, “and a church in Seattle sponsored me, and I found myself on a 747 flying across the ocean. From a refugee camp one day, on a flight to America the next, aboard the biggest jet plane in the world.”

He said a loving family raised him and gave him a good education; he went to college and has had a great life. His love for America, like the sun itself, was shining on that beach, on his uncles. On us.

I asked him what he did for a living. He laughed.

The irony. The miracle. Indeed, the majesty of it. He reached out his hand and said, “Thank you.”

I was overwhelmed. I told him a lot of people worked on that campaign besides me.

He eventually went back to Cambodia and brought some of his family here, including his uncles. They live near Raleigh, N.C., and he brings them to the beach when he can to relive their days fishing, their passion, their youth.

“This is a little late,” I said, “but welcome to America.”

He laughed at that. We chatted for a while and hoped to meet again on the beach. Perhaps we will. I always look for him when I’m in North Carolina, hoping to see those magic, flying nets.

Thinking about it recently, and our human crisis at our Mexican border, I hope in my heart another humanitarian effort will somehow happen, and, hope against hope, a more human face will be put on this crisis. And we’ll find a way to cast another net and pull these desperate families at our border into a more loving, compassionate country