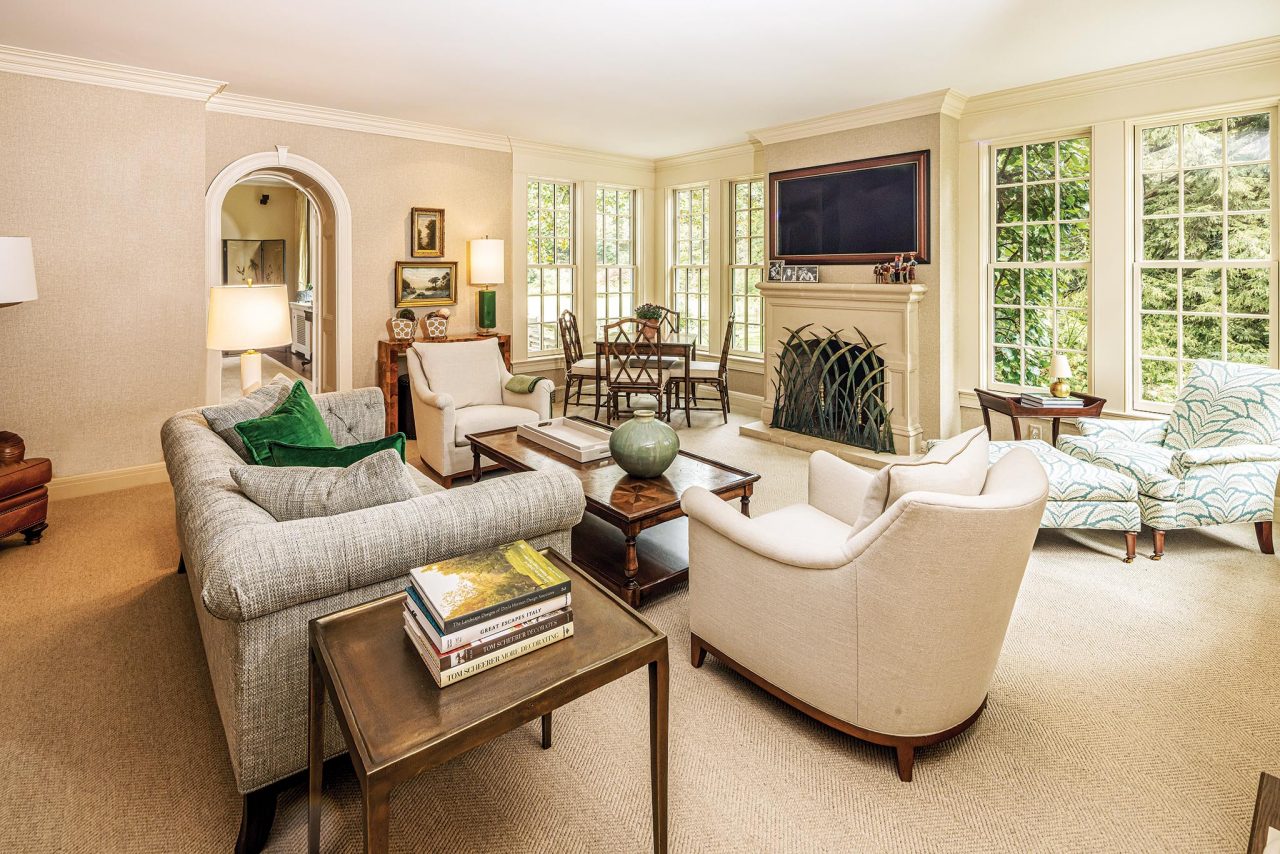 Kitchen Charm: The island by Wood-Mode is the centerpiece of the kitchen, with a light fixture by Visual Comfort. 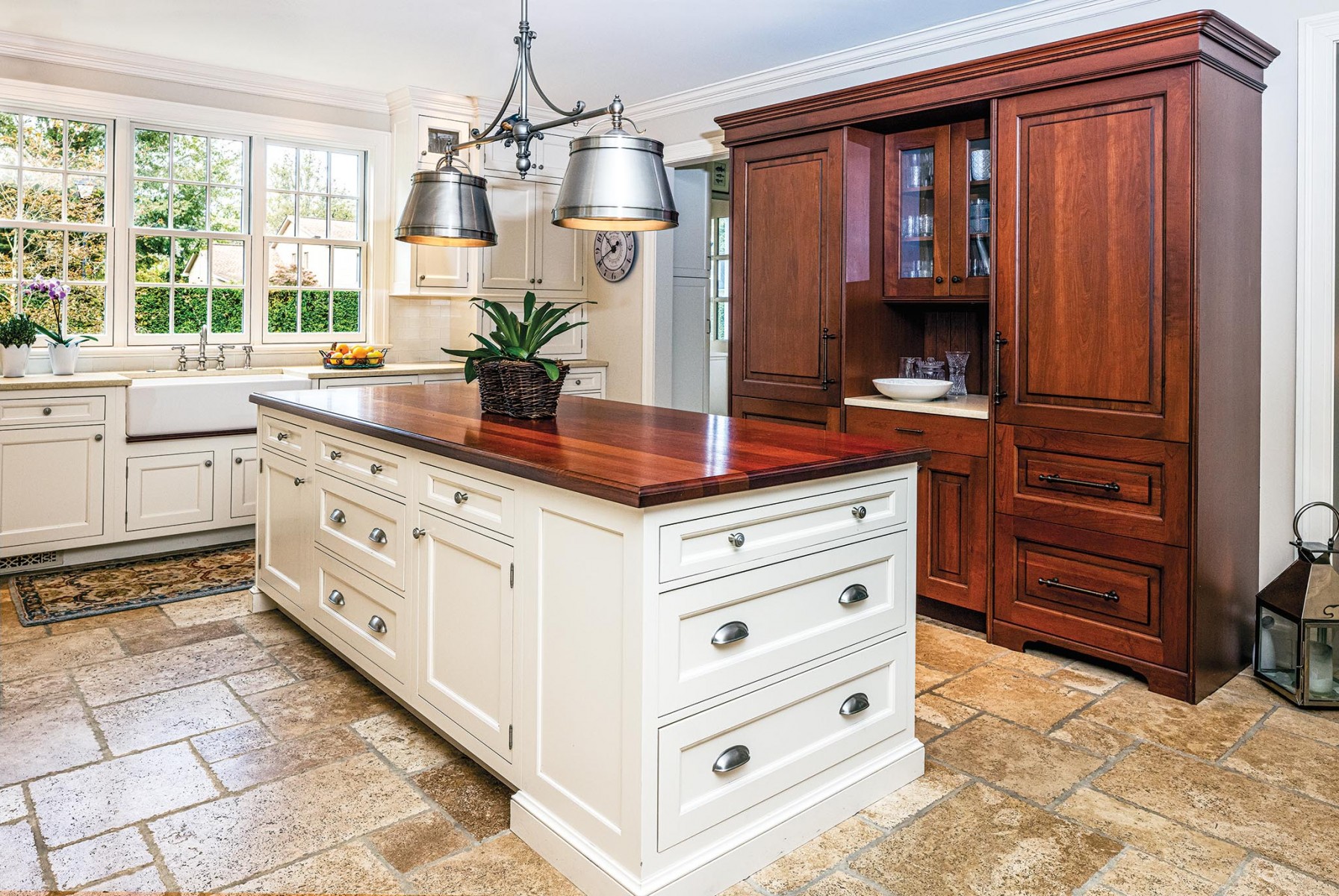