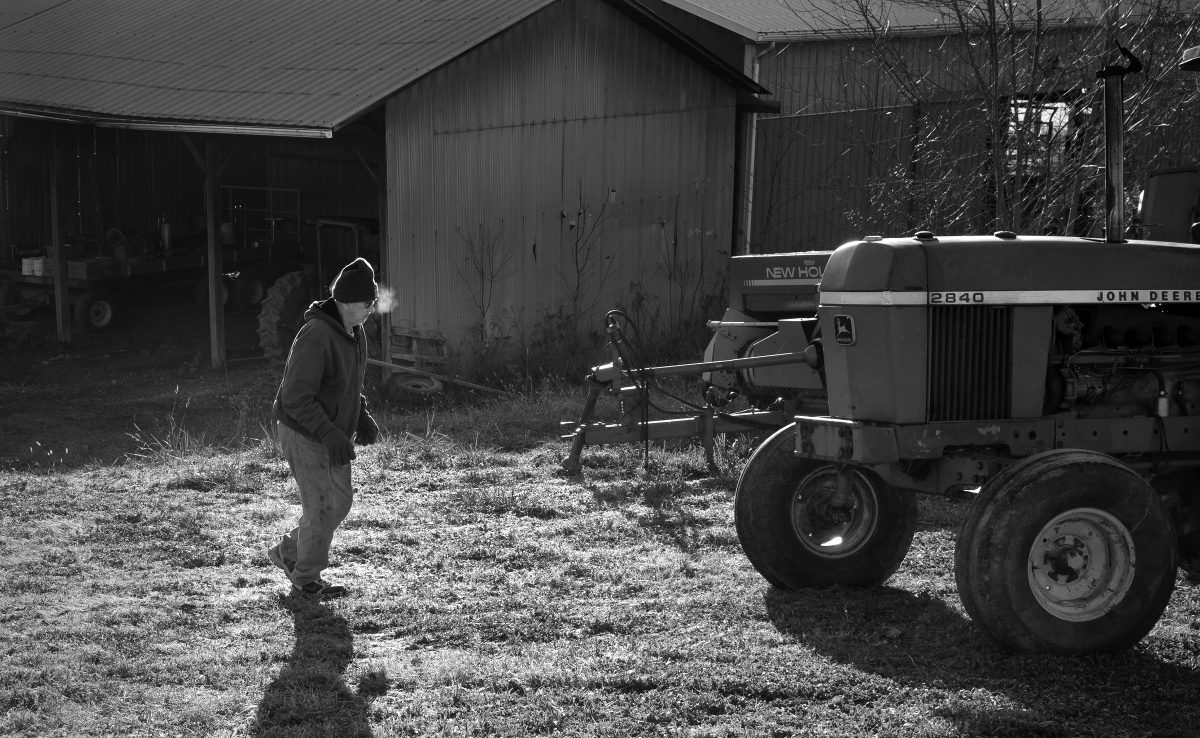 Willie Slebodnik carries a ladder and pitchfork his son, Dan Slebodnik, purchased at the Ritter Farm auction. Dan Slebodnik said they will be used at their farm in Gibsonia. 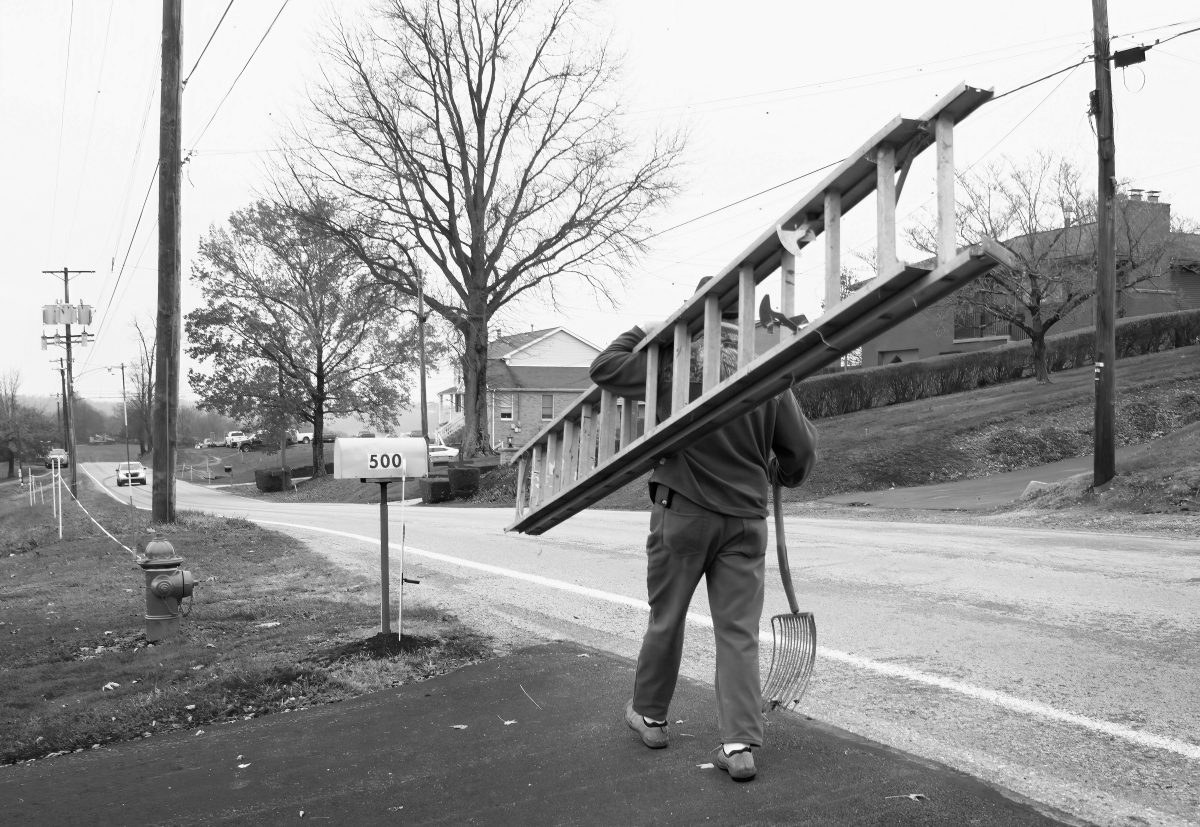