by Lidey Heuck
2021 Fall
A Matter of Taste 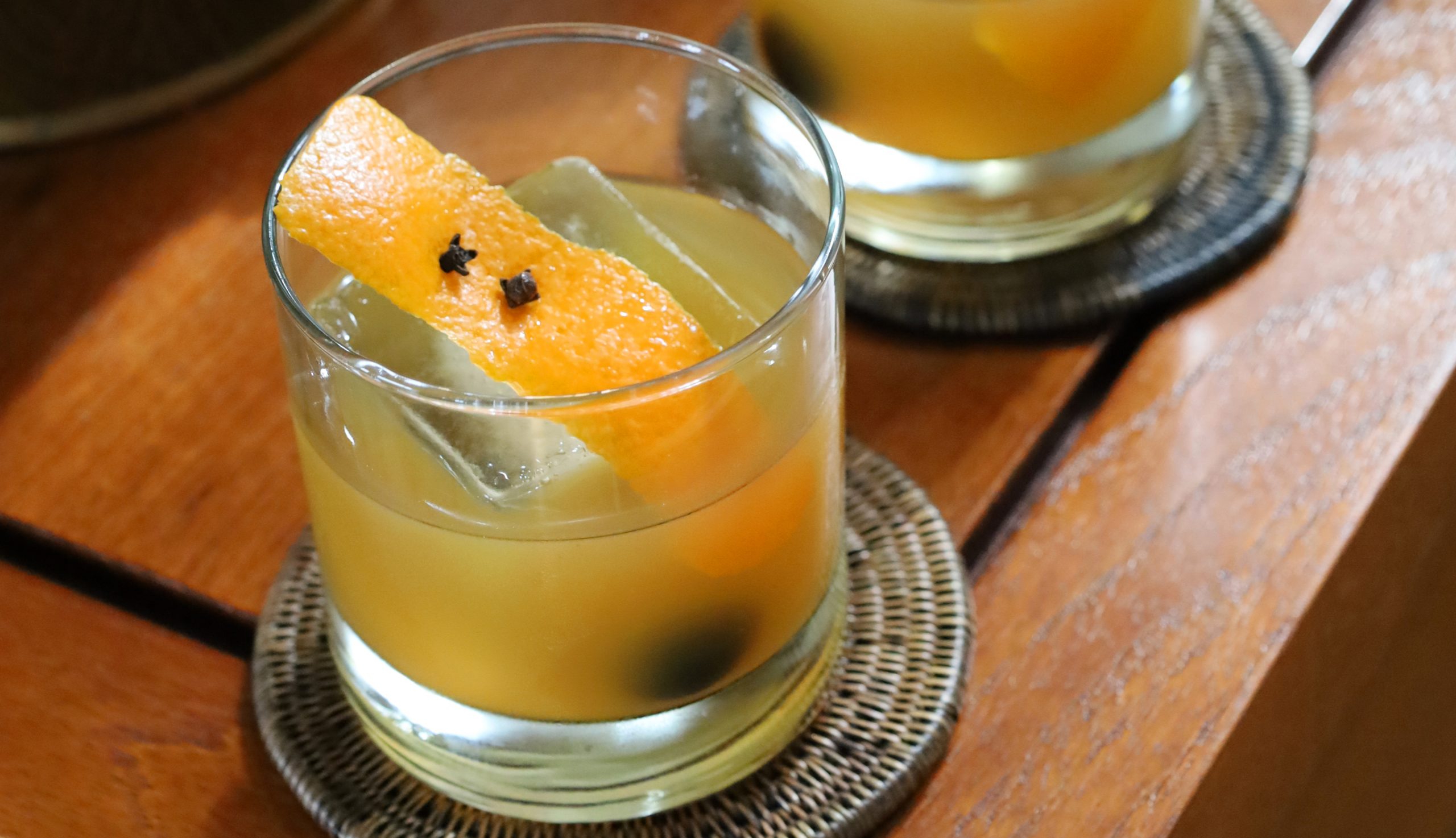 A new spin on an old classic!

As far as cocktails are concerned, it doesn’t get more classic than the Old Fashioned, a libation made with bourbon or rye whiskey, a sugar cube and a few dashes of bitters. The drink was supposedly invented by a bartender in Louisville, Ky. in 1880 and has become a staple in American bars.

This play on the Old Fashioned takes its inspiration from one of fall’s greatest treats, fresh apple cider. Cider and whiskey make excellent bedfellows in drinks both hot and cold, not only because the warming flavors complement one another, but also because cider softens whiskey’s bite. Cider takes the place of the sugar cube here, making for a more substantial (and slightly less strong) drink. Maple syrup rounds out the tart cider and a few dashes of bitters balance the drink beautifully.

This cocktail works with both bourbon and rye, but the caramel undertones of bourbon pair particularly well with apple cider. You might even think of this drink as a very grown-up take on caramel-dipped apples.

Garnishes are equally important in a cocktail with so few ingredients. If you’re in the habit of making specialty drinks at home, it’s worth the time to find Luxardo cherries, the dark maraschino cherries served at upscale bars. They have a more complex flavor than bright red maraschinos, and they look nicer, too.

Finally, while an unadorned piece of orange rind will do just fine in a pinch, sticking the rind with a few whole cloves gives this drink a subtly spiced and distinctly autumnal aroma. Serve these on the porch on early fall evenings, or around the fire as the nights grow longer. They’d make a festive start to Thanksgiving or any special gathering for that matter. We’ll be toasting to the 15th anniversary of Pittsburgh Quarterly!

Divide the apple cider between two rocks glasses. Add ¼ cup whiskey, ½ teaspoon maple syrup, and 2 dashes bitters to each glass and stir until the maple syrup is dissolved. Taste and add another dash of bitters if desired.

Add one large ice cube, or a handful of small ice cubes, to each glass and stir. Stick two cloves through each orange peel, and garnish each cocktail with an orange peel and a maraschino cherry. Serve immediately.

Lidey Heuck is a chef, writer and recipe developer. Formerly Ina Garten’s assistant for six years, Lidey is a regular recipe contributor to the New York Times and author of the food and lifestyle blog, lideylikes.com.

The Gentle Maven of Burgundy

Here’s to a Summer Night

Steak Night at the Firehouse